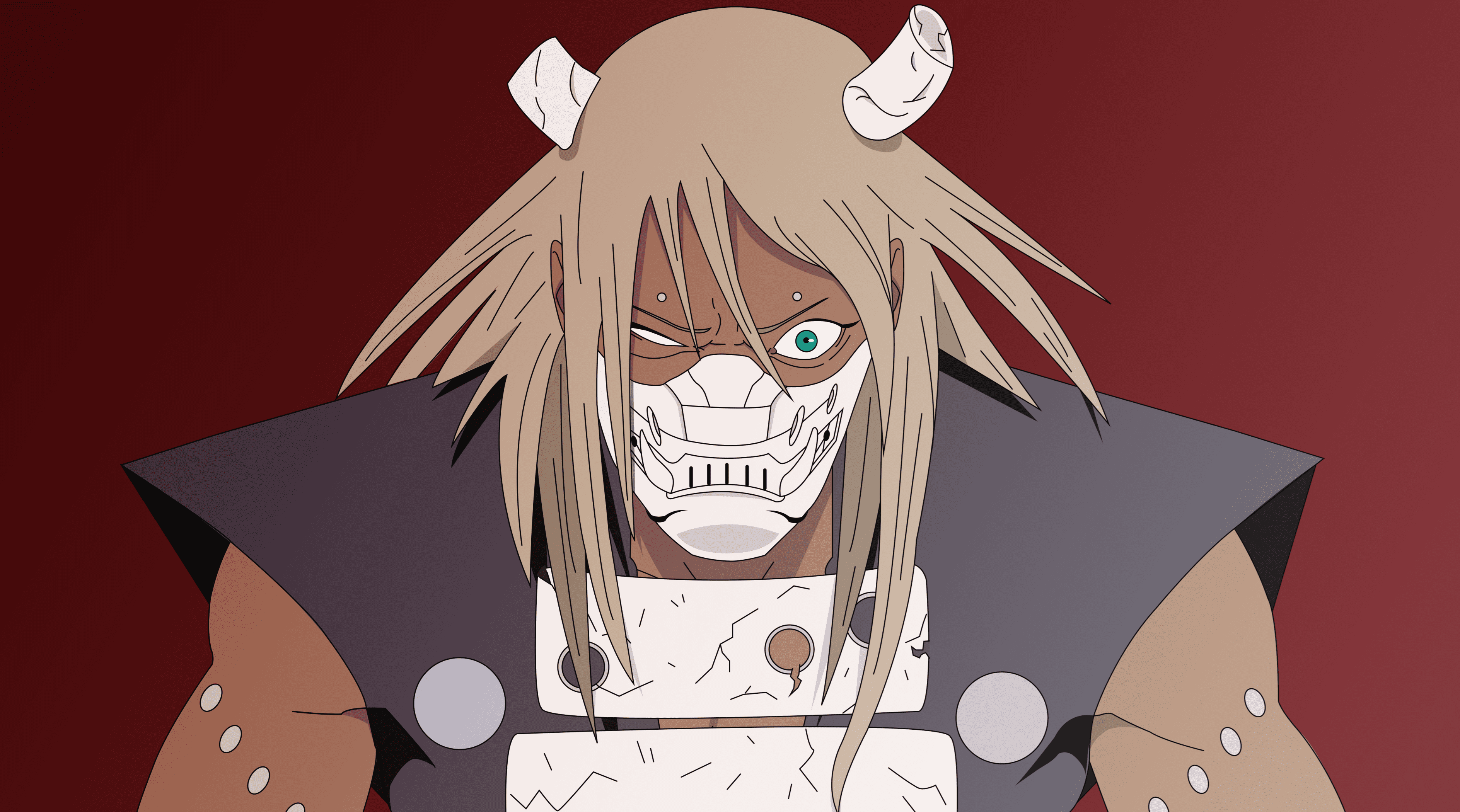 Samurai 8’s build-up to the upcoming fight has been fabulous and we cannot wait to see it finally begin! Last week, we got a lot of development between Anne and Hachimaru, and we also saw Ata get closer to Hachimaru. This week, it seems that we’ll be seeing a direct confrontation between Ata and some Samurai and we cannot wait for it to finally kick off. The spoilers for Samurai 8 Chapter 10 are out already, so we can jump into them right away. Let’s get started!

So, a lot of this chapter will be about Ata. He uses a move called, “Mukiri” and slices through the moon. It’s the same moved daruma used before, but the
power is different. On the planet, there’s an old man who guards it and is the strongest on the planet itself. He’s a key holder as well, and his battleship is called Garuda.

We then see Daruma in the chapter, and he says he feels a strong presence nearby. According to Wolf Samurai, this is possibly Master Mujin. Daruma seems to know who he is as he’s fought with him before, way back in the past. We then move to Mujin, and he’s been defeated by Ata already, and his battleship has been annihilated. Hachimaru’s dad enters the chapter and uses the GPS to make way to him. He asks him to return with him and scolds Daruma for taking Hachimaru with him. Hachimaru reiterates his own will in going outside, and one thing leads to another, and Hachimaru’s lie to Anne is exposed.

Out of nowhere, Daruma unsheathes his sword and blocks a strong blow from the sky. It seems Ata has made his move. Daruma is down on one knee, and it seems Hachimaru’s dad knows who Ata is. That’s where the chapter ends.