Master is an upcoming Tamil-language action thriller film that is written and directed by Lokesh Kanagaraj and produced by Xavier Britto under the banner of XB Film Creators which is also the company’s first production. This was revealed to us on 24 August 2019, when director Lokesh Kanagaraj tweeted that he would be working with Vijay in a film produced by Xavier Britto. The principal photography began with a traditional prayer ceremony which was on 3 October 2019.

The movie was first named Thalapathy 64 but it was later changed to Master. This announcement was made on a tweet by the actor himself shared the first look and title of the film from his Twitter handle. The story details on the movie are still unknown but there are some rumors which suggest that it might be a gangster flick. The poster for the movie was also revealed which is pretty good and you can see it for yourself right down below. 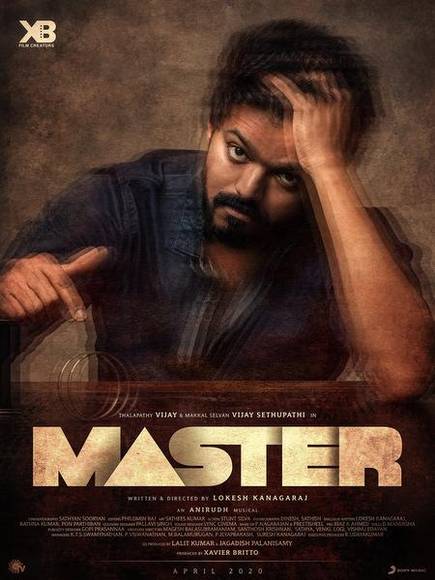 The cast, it consists of Vijay, Vijay Sethupathi, Shanthanu, Andrea Jeremiah, Malavika Mohanan, Arjun Das, Nassar, Sriman, Sanjeev, Srinath, VJ Ramya, Dheena, Prem, Azhagam Perumal, Chetan, Soundarya Bala Nandakumar, Gouri Kishan, Brigada, Lintu Rony, and Sunil Reddy. As for the the film is scheduled to release in April 2020. The exact date of release is still unknown but we might get it soon.

Bard Of Blood Season 2: Will There Be Another Season?