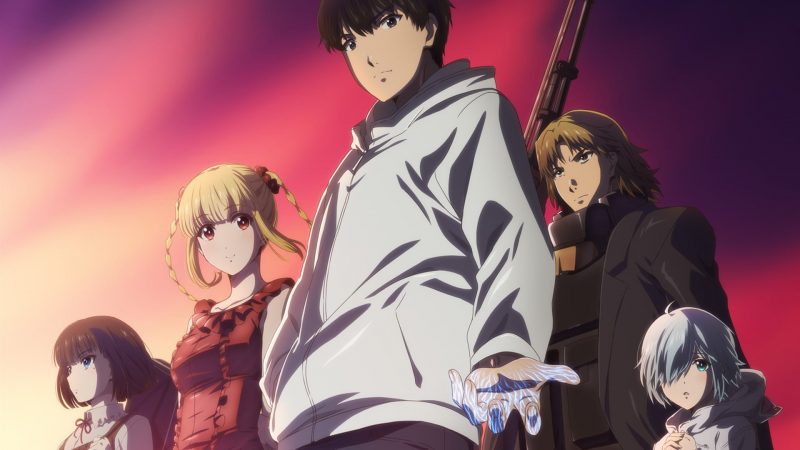 Darwin’s Game is an anime that is based on the manga by the same name illustrated by FLIPFLOPs, it is a new anime and will be airing its first episode on 4 January 2020. In this post, we are going to be talking about Darwin’s Game episode 1 streaming, time, and promo. The first season of Darwin’s Game anime was ordered to have a total of twelve episodes. We will also talk about English Sub and English Dub versions of the anime if it is available.

Darwin’s Game anime is produced by Nexus Studios. The upcoming episode is the first episode of the anime, and as I mentioned earlier, it will be airing on the 4th of January 2020.  Here is the promo for Darwin’s game, and we will be talking about streaming andafterward.

The anime airs its new episodes every week on Saturday, at 00:00 JST. The anime falls under action, mystery, and shounen genre. The anime is based on the manga by the name. Darwin’s Game airs its new episodes in Japan on Tokyo MX, BS11, Gunma TV, Tochigi TV, and AT-X, so if you are in Japan, you will be able to watch it live on TV. Let us get to the preview of Darwin’s Game episode 1.

Where to watch Darwin’s Game Episode 1 in English Subbed and Dubbed?

At the moment, not many details are revealed about where to watch Darwin’s Game Episode 1 online. As I mentioned earlier, it will air in Japan on TV, for online streaming, no details are confirmed, but we believe it will be available on Crunchyroll and FUNimation if you are in the USA or in Europe. For New Zealand and Australia, it should be AnimeLab. The above-mentioned websites will likely have the subbed version available.

What Darwin’s Game Is About?

The main protagonist is Sudou Kaname, who gets a mysterious invitation to a mobile game. He doesn’t want to play, but out of curiosity gives a try and gets trapped in a brutal game. Everything seems to be illusional, and in order to survive, he has to do, or he will die. Karina Shuko is the main character of the series and a member of Sunset Ravens. She has red eyes and blond hair tied in two braids and wears a dark red to dress. Shuko is never offensive to anyone and is quite friendly. She falls in love with Sudou Kaname and loses interest in all other men.

Shuko could also turn into a stalker when it comes to impressing Kaname. Shuko is not afraid of dying and says if one fears death, they should bear. She has a long history with the game, due to which her parents had got killed. Being a skillful fighter, and without the fear of death, she is a strong opponent. The weapons used by her are designed by her, too, which are wirelike.

Sudou Kaname is the protagonist, who is a high school student. Sudou later becomes the leader of Sunset Ravens clan. He is seen in a red shirt and a white hooded jacket. He is not one who kills others for no reason; however, he understands that if he wants to survive, he has to kill. Kaname tries to resort to peace usually but can act in brutal ways if needed