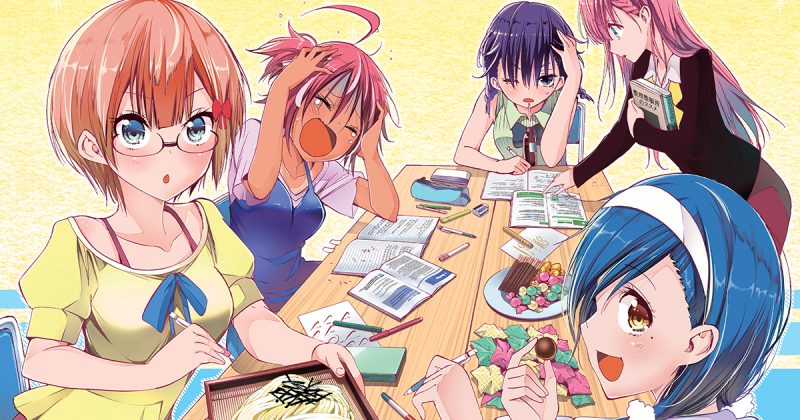 The Japanese manga turned anime, We Never Learn (aka Bokutachi wa Benkyou ga Dekinai) concluded its second season, and fans of the series, are pretty excited to know about the future of the anime and the possibility of the third season. There are a few factors that make it quite hard for the team to renew the series, hut, in this business, anything can happen at any time.

Many series went into a long hiatus and revived back just when fans gave all hopes, so fingers crossed. So far, the creator, Taishi Tsutsui has worked very hard to provide new content regularly, and that’s why the series has been maintaining its pace without any kind of long delays. This has been working in the favor of the series, and because of that, the responses from the fans have been positive. We have gathered all the recent updates and information regarding the show, so here is everything you need to know about the upcoming We Never Learn Season 3.

The story revolves around a high school student named Nariyuki Yuiga, who is obliged to tutor three female students if he wants to secure a scholarship. The plot focuses on how the students learn under Nariyuki Yuiga and fight against their growing feeling towards him.

According to the latest reports, the series has a total of over 150 chapters, so there is a lot of materials for the studio to initiate the production of Season 3. Also, Volume 16 of the source material is slated for release on 3rd April 2020, and it is reported to receive a second OVA. The OVA will be 25 minutes long and it will feature all the female characters in an ‘original wedding story.’

As of now, the series is yet to be renewed but, Season 3 is rumored to pick the story again from Volume 11’s Chapter 90 and some other skipped chapters, and if it happens, then you can expect the anime to return in the fall of 2020 or sometime in 2021.