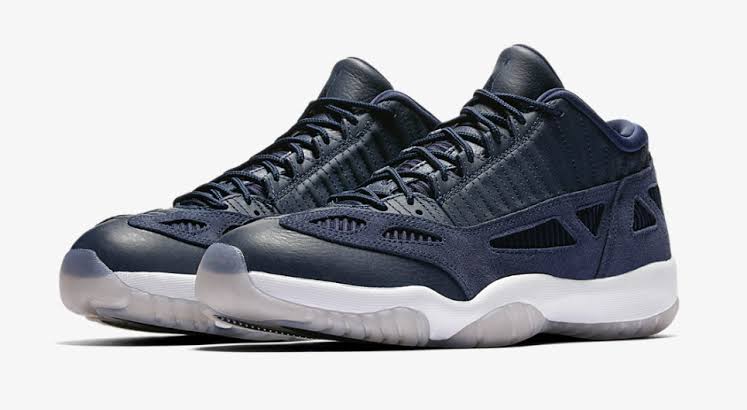 Air Jordan 11 Low IE Space Jam is on tap for 2019. Air Jordan is now a well-known brand that came to the markets a long ago. The brand actually started for a new sort or a colorway that appeared on their sneakers had gone a long way from when they first launched. When we talk about Air Jordans, we talk about highlighted drops and many such things.

Reports further state that the Air Jordans will have a black, white and concord colorway. If you are a fan of the sneakers, it should remind you of the iconic “Space Jam” Air Jordan 11. Our information comes from @Zsneakerheadz.

Unfortunately, it’s too early to tell how the sneakers actually look like. But there are certain photoshopped images on the internet that give us a rough idea. Here take a look at few posts from @Zsneakersheadz on Instagram.

Our further reports tell us that Air Jordan 11 Low IE, the world famous Jordan Brand has definitive plans to roll out many colorways of the more traditional Air Jordan 11 Low type this year. Like for example, Navy Snakeskin, Orange Trance, etc. are the low-top 11s on deck for 2019.

The “bred colorway” is also slated to make a return this year, according to various official sources who have chosen to stay anonymous. But they say “bred colorway” won’t come out before the holiday season. For now, the rumors date of Air Jordan 11 Low IE is April 19, 2019.