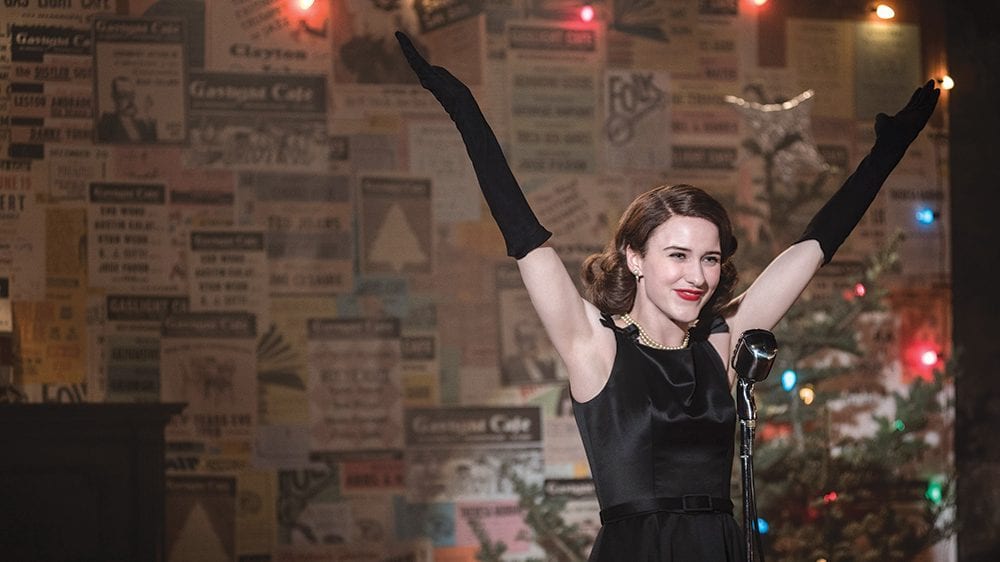 There is nothing as heart-warming and amazing as The Marvellous Mrs. Maisel is. After giving a stellar Season 2 and rocking the Emmys, one would be a fool to think that The Marvellous Mrs. Maisel won’t come back for a third run and that’s because it was renewed even before the second run began airing. And that’s exactly what happened. Set up in the iconic 1950s, the Amy Sherman-Palladino series has been given a green light by Amazon. The show has a perfect balance of wit, humor, emotions, sparkle, and charm of the city during that era. When you watch it, you feel a bash of colors on the screen, and you feel part of so much energy that the show offers.

There’s an amazing team behind The Marvellous Mrs. Maisel. Its heads are the couple that serves both as creators and executive producers. I am talking of Amy Sherman-Palladino and Dan Palladino. The couple directs, co-writes and produces the episodes together. In May 2018, the third Season of The Marvellous Mrs. Maisel was announced. Again the announcement was confirmed when Amy Sherman-Palladino made a speech at the Peabody Awards. Here take a look:

As of now, it is reported that Amazon has likely ordered ten episodes for Season 3. You must know that Amazon originally placed an order for 18 episodes to be broadcast over two seasons. Season one, therefore, had just eight episodes.

Alex Borstein, official press kit has announced that Season 3 will begin shooting this spring. Season two, if you may remember also began production in spring 2018. As goes for the premiere date of Season 3, it may be out there by the end of 2019. Season one premiered on November 29, 2017, whereas season two premiered on December 5, 2018. More as we have it.