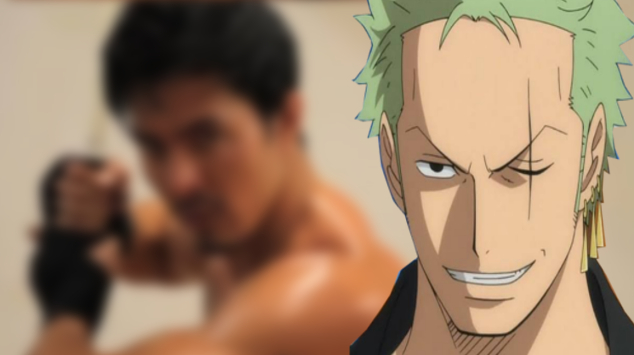 The news about Netflix making a live-action adaptation of Eichiro Oda’s One Piece shocked a lot of the fans recently. So far, the take of western anime adaptation has been not well-received compared to their original source. Casting can make or break the live-action series. When it comes to casting, one of the hardest characters to get right would be Roronoa Zoro, who uses three swords to fight. It seems like fans from Reddit has a great suggestion as to who would play the role of Zoro in the Netflix adaptation.

Zoro is one of the greatest swordsmen in One Piece. In fact, he is unique because he uses not only two but three swords to fight. Fans at Reddit suggests that Lewis Tan is perfect for the job. Tan is a British actor and martial artist who is known for his portrayal as Zhou Cheng in Netflix’ Iron Fist series. He was also the actor for Gaius Chau, a character from Into The Badlands. If you’re a Deadpool fan, you will remember him as Shatterstar. You can check a sample of his videos below.

Of course, there’s no confirmation yet whether Lewis Tan will play the character or not. There are still other choices that can be considered. Folks from Netflix will have a lot of things to think about when casting actors for One Piece roles because the series has some of the most dedicated anime fans in the world.

In the meantime, Roronoa Zoro is pretty tame when it comes to other characters. The only challenge in this live-action adaptation is how the actor will use the third sword in a believable manner. There are more challenging aspects of the film, such as Luffy’s Gomu Gomu no Mi powers and Chopper himself. They might turn his character as a CGI one, and let’s be honest, CGI characters are not bad as long as it’s done properly. Stay tuned for more updates regarding this live-action adaptation.