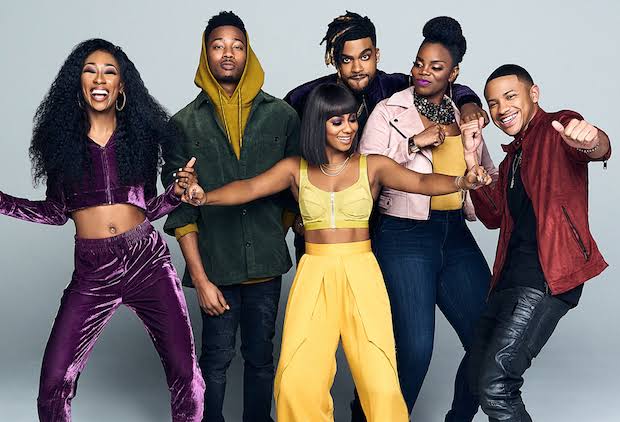 Boomerang is an American Comedy Television series that is based on yet another American romantic comedy film titled, ‘Boomerang’ (1992). premieres on BET and had a fairly successful Season 1.

The series revolves around a ‘successful’ executive who finds that his lifestyle choices have been poorly selected and has turned back on him. But he finds that his new boss turns out to be a bigger deviant than he actually is. The series is correctly judged as an updated version of 1992 film and explores various critical areas like contemporary workplace dynamics, relationships, and conflicts between Gen X and millennials and office politics. The series is definitely fueled by romance, love, and gender politics.

The executive producer of the series includes Lena Waithe, Ben Cory Jones, and Halle Berry. Lena Waithe and Ben Cory Jones have written the storyline. The series has earned an astounding 100% ratings on Rotten Tomatoes, 93% from the Google Users, and a surprisingly mediocre 5/10 score on IMDb. We are now all eagerly waiting for a fantastic Season 2!

When is Boomerang Season 2 update?

Boomerang Season 2 is expected to release on BET in March 2020. We will keep you posted with the latest developments.

What is the Boomerang Season 2 Trailer?

The trailer for Boomerang Season 2 is still awaited. Meanwhile, you enjoy the complete series preview here-

What is Boomerang Season 2 Plot?

The series is often misunderstood as a ‘REMAKE’ of 1992 comedy film bearing the same name. The reality remains that the series only serves as a sequel to the popular American Comedy. The series uses certain street-smart techniques to be subtly cooler and stylish, breaking the barriers of a traditional TV show. Despite belonging to the comedy genre, the show exposes the ‘modern’ generation stereotypes and, thus, is also very ambitious.

The series lets us follow two childhood friends Simone and Bryson, who work at Simone’s father’s advertisement agency. They seem clueless about their future when they finally reach the age of 26. Upon such a grave realization, they try to discover their passions and feelings for the way ahead. They are driven by the urge to step out of their parent’s shadows and create their legacies as marketing professionals.

The characters in the show are all millennials and belong to the ‘modern’ human race. They try to use subtle humor and clever ways of dealing with life, avoiding outrageous or loud behavior. The show takes some time to heat up the storyline, but the viewers surely feel the worth of their wait.

The youth of the show traverse through various aspects of their lives and combat with grave challenges like gender bias or generation gap being a millennial. They also try to explore love, romance, and relationships through dating experiments.

The success of the show lies in the in-depth nature of it’s the larger message. We finally understand that problems differ from generation to generation, and this century has some serious problems to tackle. The shallowness of the social discourse and the overwhelming moral confusion have created acute gender-specific and gender-neutral problems. However, the first step always lies in acknowledging the trouble which the show does remarkably well.

To sum up, the show has retained the original essence of the movie, letting some people mistake it as it’s ‘REMAKE.’ However, it does add some bold scenes for broader appeal. Creators have trimmed the negative aspect of the original movie and have added appreciative elements to the storyline/character frames and thus offer a true tribute to 1992 film. Kudos to the makers of the series! You are truly worthy of the praise!

Who is Boomerang Season 2 Cast?

The lead cast crew of the series includes Tequan Richmond as Bryson, Jacqueline  Broyer’s son. We find Tetona Jackson as Simone, the only child of Marcus Graham and Angela Lewis’. Leland B. Martin plays the role of Ari, and the character of Tia is portrayed by Lala Milan.