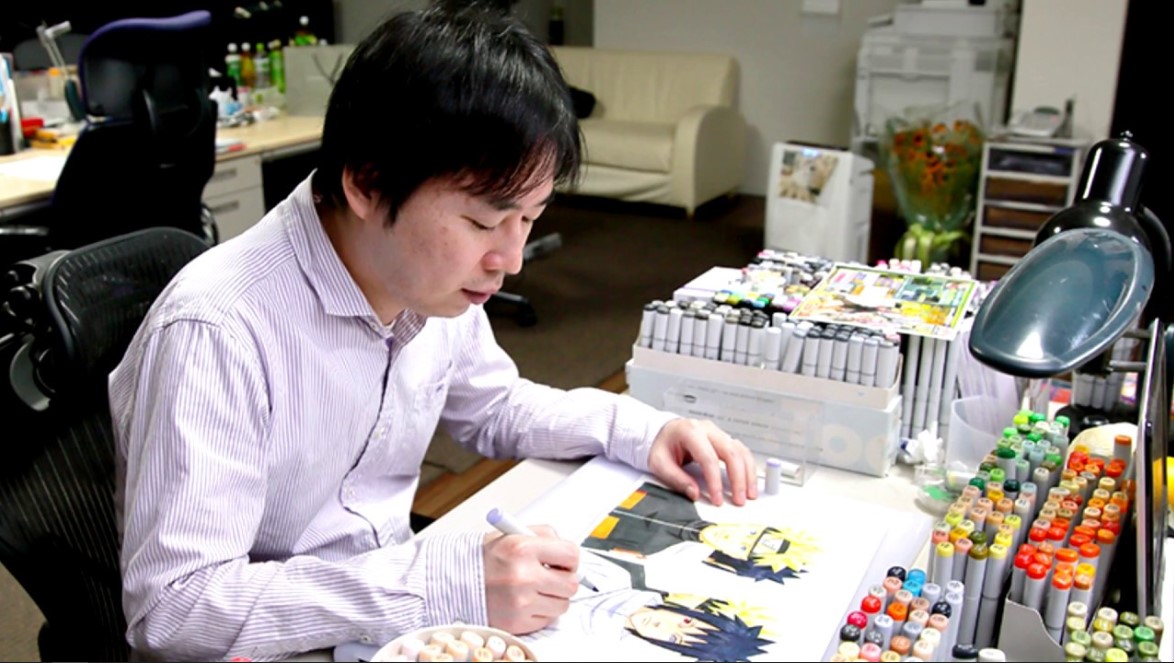 Amongst one of the popular Mangaka of the new age, Masashi Kishimoto is well known for his popular Manga series “Naruto” which has had several achievements and successes. Although the Manga and anime series had ended, its sequel is still ongoing. The Mangaka also has other various projects ongoing as of date. And possibly they are generating him quite some additional revenue on his current net worth. In this post, we will be talking about Masashi Kishimoto’s Net worth to date, age, wife, and everything that you need to know. Well if you have already taken some interest in him, let us take a brief look at his life before we got to know him as a popular Mangaka

Masashi Kishimoto was born on 8 November 1974, so that makes him 45 years as of date. Kishimoto has been married since 2003 but because of his busy work life as a Mangaka, he had been unable to get much time to go to his honeymoon to which he finally got the time after Naruto Manga came to an end in 2015. Well for some undisclosed reasons his spouse’s identity and other more personal information about him are still kept as a secret to the public, probably for privacy reasons.

Kishimoto was born together with his twin brother in Nagi, Okayama, Japan. Kishimoto submitted his first manga pilot to Shueisha back in 1995 under the title Karakuri. At the time he was working with Kasuke Yahgi as an editor where most of their drafts ended up rejected. This included titles like Michikusa and Asian Punk. He then wrote his One Shot of Naruto’s version in 1997 where it was published in Akamaru Jump Summer magazine.

The successes of this led to him getting a shot with Weekly Shonen Jump in December 1997. He then went back to revise Karakuri and managed to have it released for the first time in 1998 although it was not that much of a success. After experiencing this difficulty, he changed to Seinen once again and had two drafts of Baseball King and Mano. He was advised by his editor to give Seinen another try once more. He worked on Magic Mushroom to wich his editor suggested that they get the serialization of the storyboards.

After this Kishimoto and Yahagi worked on Naruto. Its successes had it premiered on Weekly Shonen Jump in September 1999. At first, it was ranked at position 43. It was not before long that Naruto’s Manga’s popularity skyrocketed and became a hit as it developed into Naruto and later Naruto Shippuuden that came to an end in 2014.

Now let us take a look at the Manga titles that Masashi Kishimoto has worked on to date. Some of them we have already talked about them in his career and early life. So below we have a summary of Masashi Kishimoto’s works so far:

Masashi Kishimoto had worked in several projects that had gained him much of his revenue. Although Naruto was just the popular one amongst them all. Back in 2010, he produced a Manga title which is now known as “Bench” and it was based on a baseball sport. A spin-off from naruto was also produced in 2012 under the name of Naruto: Seventh Hokage and Scarlet springs. Boruto: Naruto Next Generations came as a sequel to Naruto Shippuuden immediately after Shippuuden ended and is still ongoing as of today.

He was awarded the Rookie of the year award in 2013 by the agency for cultural affairs of Japan. And his most recent project includes Samurai 8 manga that he is currently working on and is Serialised in Weekly Shonen Jump together with much other popular Manga.

Masashi Kishimoto Net Worth In 2020

Masashi Kishimoto’s worth is currently estimated at $25 million as of March 2020. Of course, his primary source of all this is his career as a Mangaka. The successes of his projects had him selling more than 220 million copies of his primary Manga series Naruto in 2015. Other projects he had worked on like the movies and spin off’s from his manga series also saw him bag a few much more into his net worth.