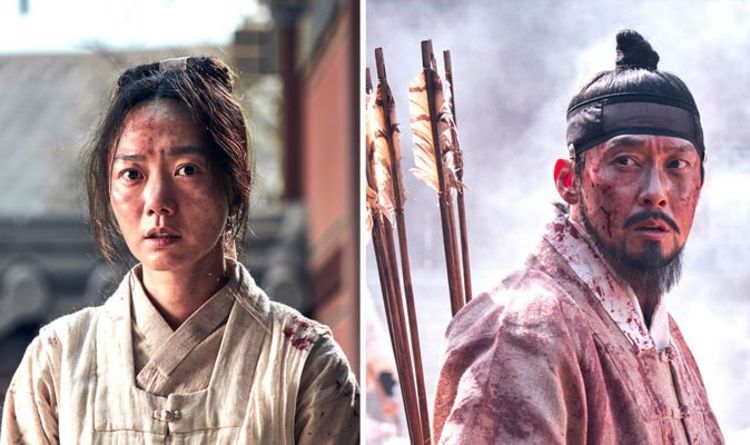 Netflix’s first original Korean series titled, ‘Kingdom,’ has impressed the spectators to see such an extent that it is already in demand for its third season. The massive fan following of the show is igniting the makers to renew the show as early as possible. The upcoming season seems really promising, and fans are eagerly waiting to know how mankind will be saved from being completely contaminated. With this article, we will be making you acknowledged the details of the upcoming season, including the cast, production details, and expected storyline.

The third season of the web series is expected to release on Netflix in March 2021. Although there is no official word for the show getting renewed, since the second season has just been released on the official platform on March 12, 2020, yet, we think it’s not very likely for the third season to not have any existence owing to the dramatic ending of the last season. Usually, Netflix takes its own time to analyze before renewing any series. The first season had premiered on January 25, 2019, and there were a total of 12 episodes split into two for each season. If you haven’t watched season 2 yet, u you can stream it on Netflix for now.

There is no trailer out yet, for the third season, of course. But you can always get a look at the second season’s trailer.

Almost all the members from Season 2 will be reprising their roles in the third season as well, excluding a few. Ju Ji-hoon will be returning as Crown Prince Lee Chang in the lead. Bae Doona as the sharp-witted physician Seo-Bi, Kim Sung-kyu as Young-shin, Kim Hye-jun might as Queen Consort Cho, Park Byung Eun, Ryu Seung-ryong as Minister Cho Hak-ju, Jun Ji-hyun, Heo Joon-ho as Ahn Hyeon, Jeon Seok-ho as Beom-pal, Kim Sang-ho as Moo-young, Jung Suk-won as Cho Beom-il, and Kim Tae Hoon are among the other ones reappearing on the show. There will be some add-ons too, obviously, whose names will be updated later, when we will get informed.

Netflix had made an announcement for the show on March 5, 2017, but due to the sudden death of a few crew members, the release kept on postponing. Based on the webcomic series, titled, ‘The Land of the Gods’ by Kim Eun-hee and Yang Kyung-il, the show is produced by Lee Sung-joon under the production house of AStory. The show is written by Kim Eun-hee, and directed by Kim Seong-hun and Park In-je, with Lee Sang-baek serving as the executive producer.

The makers of the historical period zombie horror web series, Kingdom, ended the second season on a high note, leaving the ending inconclusive. There is a high probability that the story will be picked up from the place it was left. Although there is no news about the storyline of Kingdom Season 3, the third season might give us the answers to the questions that had appeared at the season’s end- whether Lee Chang was able to discover the cause and cure of the plague that had infected the whole kingdom, or whether Yeong-shin, the enigmatic wolf, has something to do with the plague outbreak. The Queen might chase heaven and hell in order to get back her baby. The political thriller series revolves around the life of Crown Prince Lee Chang, who sets out on a campaign to remove the dark spots of false accusations targeted upon him and simultaneously to deal with a zombie apocalypse that brings a storm in the whole kingdom.