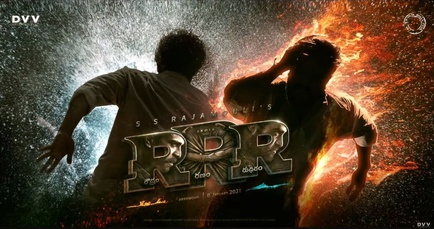 RRR aka Roudram Ranam Rudhiram is a Telugu movie that is in the making. The movie is written and directed by S. S. Rajamouli. This movie is based on the characters who fight the regime of British and Hyderabad Nizam. This is a fictional story and to expect the movie to be full of unexpected and inexplicable scenes that are completely unrealistic.

But Telugu movies do have something that is full of it and that is entertainment. This movie promises full of entertainment and fun. I’ll be discussing RRR movie other important details regarding the same in this latest post. Also, there might be some spoiler content ahead so beware. So, let us start this post regarding RRR (Roudram Ranam Rudhiram).

RRR movie update is 08 January 2021 which is almost a year from now. Originally the movie was supposed to be released on 30 July 2020. But there was a sudden announcement in February regarding the release of the movie and it was revealed that it has the new update. The production had to somehow delay the update.

Main cast and characters of the movie are as follows:
N. T. Rama Rao Jr. in as Komaram Bheem
Ram Charan in as Alluri Sitarama Raju
Ajay Devgn is making a cameo appearance
Alia Bhatt in as Sita
Ray Stevenson in as Scott
Alison Doody in as Lady Scott
Spandan Chaturvedi in as younger version of Sita
Olivia Morris in as Jennifer
Samuthirakani and Rahul Ramakrishna also have major roles in the RRR movie.

Hopefully, the action scenes in the movie will be worth the wait and awesome because that is what the fans want to see. Let us see how the movie actually turns out to be. It is possible that the release might be further delayed due to Coronavirus issues.