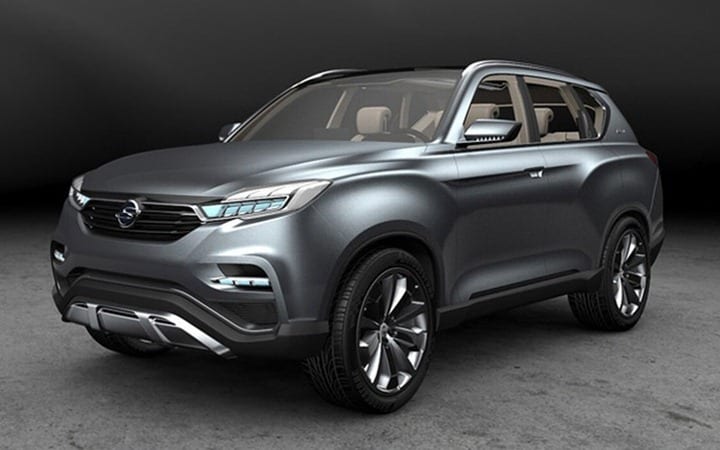 Mahindra’s latest car have gotten a lot of attention in the last couple of year in the Indian market, mostly Mahindra Marazzo and the Mahindra XUV 700. The company will be manufacturing a lot of cars and in 2019, 6 of their cars will be coming to the Indian Market. These are the following list of the car of Mahindra that will be coming out in 2019.

Thar is one of the most iconic cars that Mahindra has ever built, and it blew up in the Indian market. The company is expected to launch before the new BNVSAP rules get implemented on the Indian cars. The new Thar caught looks extremely big and got a similar design as the current gen of the Thar.

Mahindra recently announced that the S20, codename Mahindra XUV 300 will also get a long wheelbase version for the Indian market. It is yet to be confirmed if the upcoming Car will be called as XUV 300 Plus on the lines of TUV 300 Plus or it will get the XUV 400 moniker. This car will have a long-wheelbase version which will offer 3-row seating for seven. Rest of the features and drivetrain will remain the same. This car will be launched by the end of this year.

Mahindra Marazzo was awarded the 4-star rating by G-NCAP because of that it makes this car the safest MPV in the entire Indian market. This is to be expected to launch later this year. Moreover, the engine will be brand new that is currently developed by SsangYong and Mahindra. It has a petrol variant and Mahindra will also introduce the automatic version of the MPV, which is currently missing from the line-up.

Mahindra KUV will soon be getting an electric version which will be launched in the Indian market. This amazing car was showcased during the 2018 Auto Expo, and it looks the same as the regular version of the KUV 100. But, many other features are added to it like remote diagnostics, cabin pre-cool, real-time tracking, and other various driving patterns too. Moreover, KUV 100 EV will have nearly 350 km of range. The car can reach a top speed of 186 km/h, which is pretty fast.

This car has made a lot of fans in India because of its tank-like looks, and also the rugged looks make it quite popular. The company is right now working of its facelift version, and it might be launched this year in the Indian market. As for the specs, there would not be big changes to the car, but it will be enough to keep TUV 300 fresh in the market.

This car is the New SUC which is based on the SsangYong Tivoli platform, and a lot of changes have been made to the vehicle by the company so that the car will have its own identity. This possesses a 1.2-liter turbocharged petrol engine that generates a maximum of 200 Nm and the same 1.5-liter diesel engine that powers the Marazzo and generates a maximum of 123 PS and 300 Nm. The price of this SUV base model will start from around Rs. 8 lakhs.

We will get back to you with more detail as we have it.