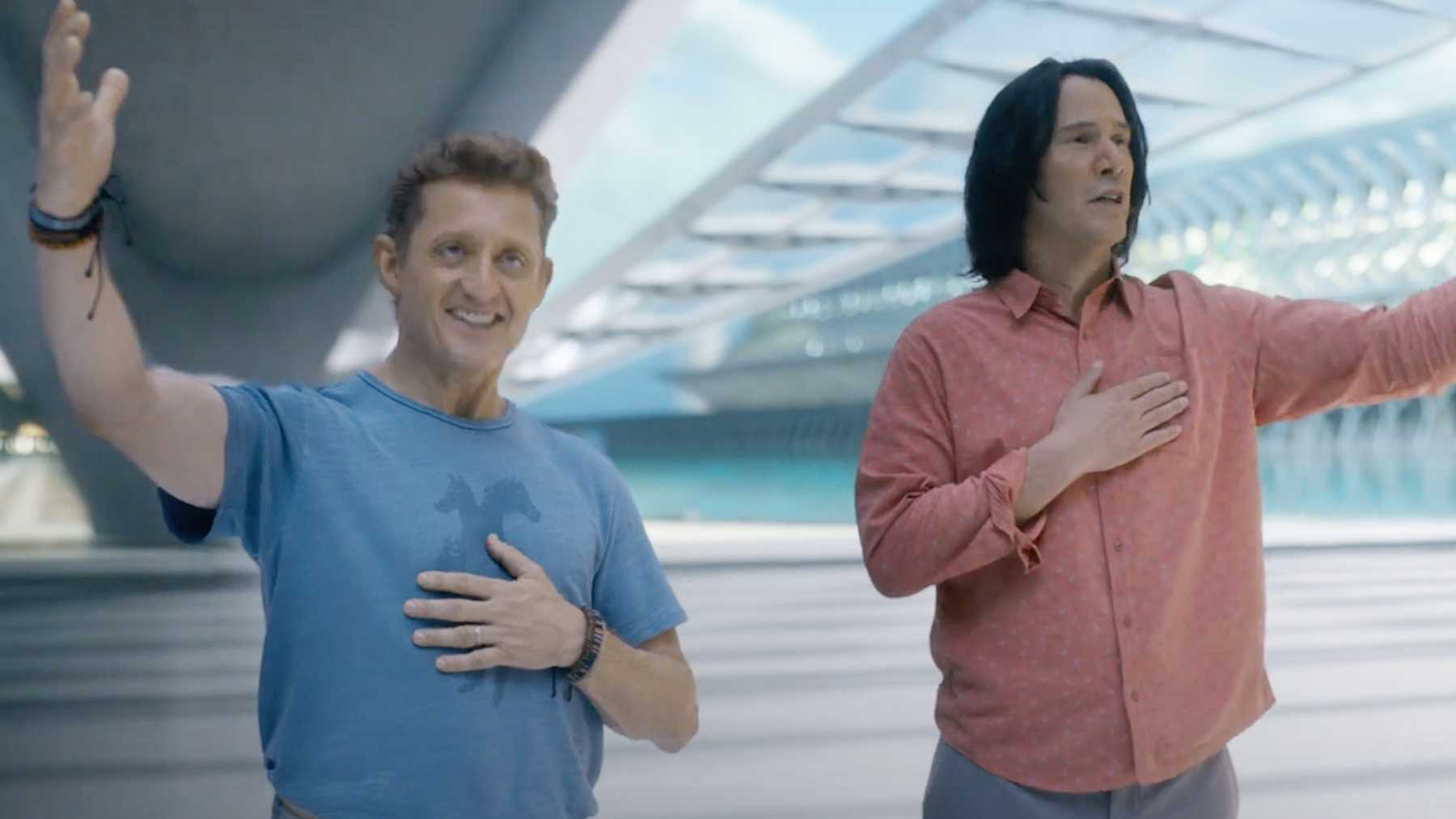 The upcoming American sci-fi comedy movie Bill & Ted Face the Music will be coming to the theatres soon, and fans of the franchise are looking forward to seeing their favorite characters back in action. According to the latest rumors, the movie will be extremely exciting and is expected to do justice to the previous movies.

We have gathered all the recent updates and information regarding the show, so here is everything you need to know about the Bill & Ted Face the Music.

What is the Plot of Bill & Ted Face the Music?

Directed by Dean Parisot Bill & Ted Face the Music will be the third entry in the franchise, and it will serve as the sequel to 1991’s Bill & Ted’s Bogus Journey. Written by Ed Solomon and Chris Matheson, the film will mark the return of Ted Theodore Logan, William “Bill” S. Preston, Esq in their middle-age life, and their unvarying lives changes when a man from the future tells them to make a song 78 minutes which will play a huge role in saving all forms of life in Earth and the entire universe.

According to the official synopsis, their middle-age caught up to the two friends and they are yet to fulfill their destiny of saving their world with their rock and roll. Because of their current monotonous lives, all of their current creations have been mediocre, however, after receiving the warning from a time traveler, they set out for their new time travel adventure to create the greatest song ever created. Along with their families, in their adventure, they will come across multiple historic figures and music legends with the help of whom they will strive to achieve the greatest music that will save the Earth and the entire universe.

A new trailer for the film has been released, and you can watch it here to get an idea about the film.

Who is in the Cast of Bill & Ted Face the Music?

The cast of Bill & Ted Face the Music include:

When is the update of Bill & Ted Face the Music?