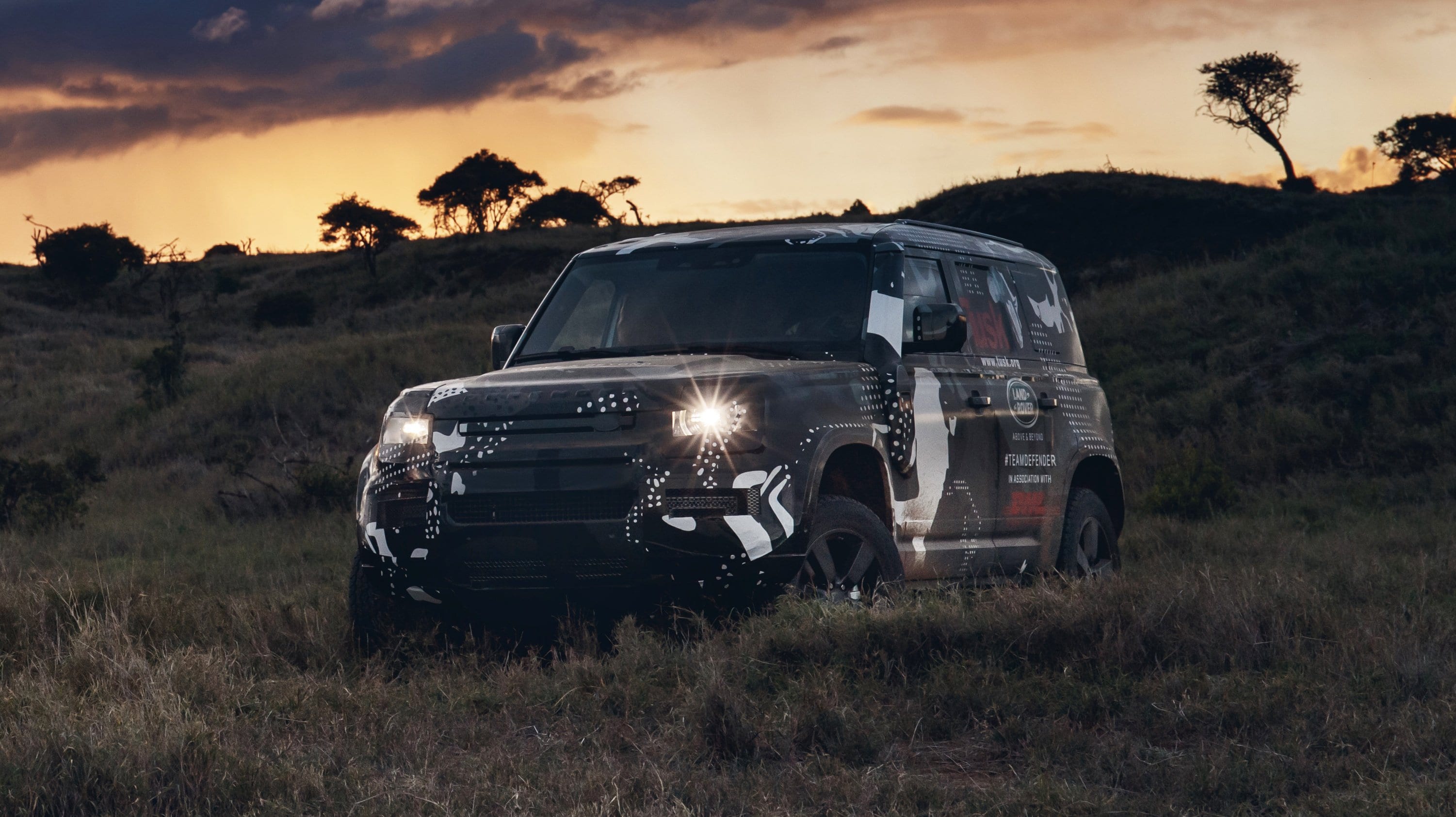 Land Rover recently revealed a batch of new teaser images for their upcoming 2020 Defender which is with Tusk, who is detailing the 4×4’s rigorous testing program with the Kenyan wildlife conservation charity. Many camouflaged prototype Defenders are currently out to work by the organization’s wildlife managers like towing heavy loads, tracking radio-collared lions and carrying supplies across the 14,000-hectare Borana Conservancy, all this in order to test the 4×4’s real-world performance. Also, the company has fitted new snorkel intakes to the prototypes for the testing program.

The Jaguar Land Rover’s Vehicle Line Director, Nick Collins said, “We are now in the advanced stages of the new Defender’s testing and development phase. Working with our partners at Tusk in Kenya enabled us to gather valuable performance data. The Borana reserve features a wide range of challenging environments, making it a perfect place to test to the extreme the all-terrain attributes of the new Defender.” When this amazing car reaches to UK market in 2020, it will have gone through more than 45,000 individual tests.

These tests include the muddy backwaters of Eastnor, UK, the rocky trails of Death Valley, USA and the dunes of Dubai. During the testing, Defender has Ben kept in temperatures as low as minus 40 degrees Celsius and as high as 48 degrees Celsius. Its prototypes have reached the maximum altitude of 13,000ft, racking up more than 1.2 million kilometers across 11 countries. The 2020 Defender will have an aluminum body which is built on an aluminum chassis, and it has borrowed some components from other Land Rover vehicles. Dr. Ralph Speth, the JLR executive, said We’re already doing this now… We used the modular architecture and elements of our chassis for weight reduction to make the new Discovery a better-handling car. We will do so also in the future because we always learn.”

As for the engine, it is already confirmed by Land Rover that this model will be electrified in some way and that each powertrain will feature at least a 48-volt mild-hybrid system. As for the interior, it has been revealed in the spy leaks that the dash design is chunky and chiseled, emphasizing the SUV’s utilitarian history and focus. The shifter will be at the center which will free up some space.

Moreover, in the photos that are shared in on Instagram shows us the design of the four-door Defender, which is very clean and look awesome. Also, there is a climate control which is operated with buttons and knobs. Land Rover Defender will finally be revealed at the Frankfurt Motor Show this September. As for the price it is yet to be revealed, but it might start around £40,000, and this might be going on sale next year.