Grand Hotel is a new title release by ABC on June 17, 2019. Story of this series follows Santiago Mendoza who owns the hotel, while his dazzling second wife, Gigi, and their grown-up children enjoy the spoils of his success. As in their hotel, wealthy and beautiful guests relish in luxury, but money does bring scandals and escalating debt with explosive secrets behind it.

Cable giant ABC released a few photos from season one episode four of the Grand Hotel, airing on July 8, 2019. Which is titled “The Big Sickout,” Curtis Kheel writes this upcoming episode and directed by Bill D’Elia. Grand Hotel episode 4 airs on Mondays at 10 pm ET/PT. 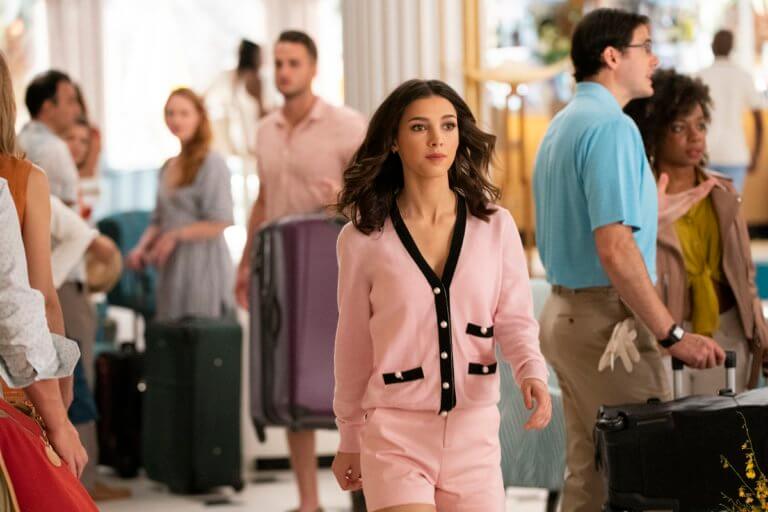 The cast of season one includes many famous faces like Oscar-nominated Demián Bichir (who was nominated for Best Actor, for A Better Life) who portrays Santiago Mendoza, Roselyn Sánchez who is an ALMA award winner who plays Gigi Mendoza. With them, we have Denyse Tontz (The Fosters) as Alicia Mendoza and Bryan Craig (Valor) as Javi Mendoza. We also see Wendy Raquel Robinson portraying The Mayor, and Shalim Ortiz from Magic City playing Mateo, and Anne Winters from a Netflix hit 13 Reasons Why represents Ingrid.

Grand Hotel Season 1 Episode 4 “The Big Sickout” official plot mention Danny and Jason will dive farther into the secret of Sky’s disappearance, alongside an old-time associate of Gigi’s checks into the hotel making Santiago feel uneasy, and Javi is put to work.