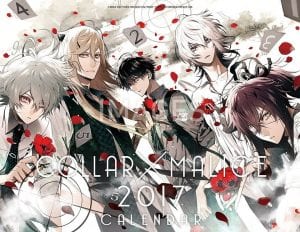 If you are an Otaku then, you must have come across the term ‘Otome,’ and if you have no idea about the word then worry not as you are not alone. Here at Otakukart, we are at your service as we have brought all the details and information regarding the term, so here is everything you need to know about the word ‘Otome.’

The term Otome is often coined with gaming, and ‘Otome game’ simply means ‘maiden game.’ These are story-driven video games specially created for the females. Besides the original plot of the game, there are several key aspects of the game which differentiates it from others, and one of which is to create a romantic relationship between a male character of the game and the female protagonist.

As you’ve already guessed, Otome games are a huge attraction in Japan, and most of the games are visual novels, simulations, dating sims type, etc.

The first Otome game is considered to be released back in 1994, and the game was ‘Angelique’ from Koei, a Japan-based company, and the game was also created by an all-woman team. According to the data provided, at that time, the game was initially created for young teenage girls, however, its appealing storyline made it popular among females of over 20 years of age as well.

Then in 2002, Konami’s Tokimeki Memorial Girl’s Side came out, and it became a huge hit thus spreading the awareness of the genre to a greater number of fans. The popularity grew a lot by 2006, and there were a total of 7 Otome games in Famitsu’s top 20 selling love games.

Otome games have a lot of elements which can be found in josei and shojo manga, and the plot has elements in common similar to harem manga. The games which are released for consoles don’t have any explicit adult contents, however, the PC ones have.

Some of the Otome games include Alice in the Country of Hearts, Arabians Lost: The Engagement on Desert, Café 0 ~The Drowned Mermaid, and Harukanaru Toki no Naka de.