By Amrit Chatterjee
In Shows
on September 4, 20202 min read

With season 10's finale approaching, fans have started looking for season 11 updates, however, the team will be having a change in plan, and we have got all the details you need to know. 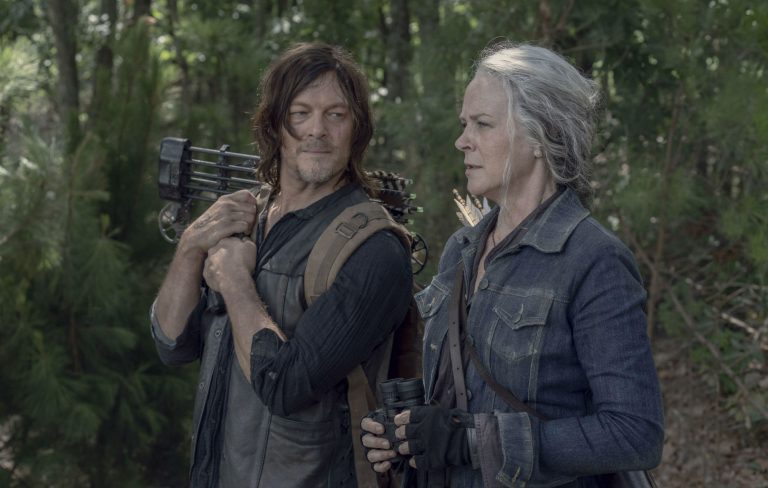 With The Walking Dead Season 10’s finale on the horizon, things have gotten intense lately, and fans are looking forward to seeing how season 11 shapes up. A lot of new information regarding season 11 has surfaced up, and we have both good and bad news for you.

We have gathered all the details and information regarding the show, so here is everything you need to know about The Walking Dead Season 11.

The Walking Dead Season 10 is all set to release its finale after five long months, however, fans have already started looking for season 11. Well, you might not like the answer we have to provide, as season 11 of the post-apocalyptic horror series won’t arrive this year, however, we have another update that might get your morale high. The ongoing season 10 will get a total of 6 additional episodes, and according to speculations, the episodes will be very intense.

During the Comic-Con panel, Kang revealed that the pandemic had disrupted their entire schedule, and as a result, they haven’t even started the production of season 11. He assured that everyone would get back to work once it gets safer out there.

He added that they would be moving from their usual schedule of releasing a new season in October, however, season 10 will have six more episodes that will follow the events of season 10’s finale, which is titled ‘A Certain Doom.’ We have covered that topic in a separate article, so be sure to check that out.

All the main actors will be making their return for season 11, however, a new teaser for season 10’s finale just teased the death of a character, so we will have to wait and see the confirmed list of actors returning. As of now, season 11 will welcome a new face, Margot Bingham, and she will play the character of Stephanie.

Season 10 episodes are as follows:

Season 11 is expected to feature at least 20 episodes.

The Walking Dead Season 11 might arrive sometime in late 2021. As of now, it’s revealed by the creators that the next six episodes of season 10 will release sometime in 2021 if everything goes well. We will keep you updated with the official release dates as soon as we get the announcement.