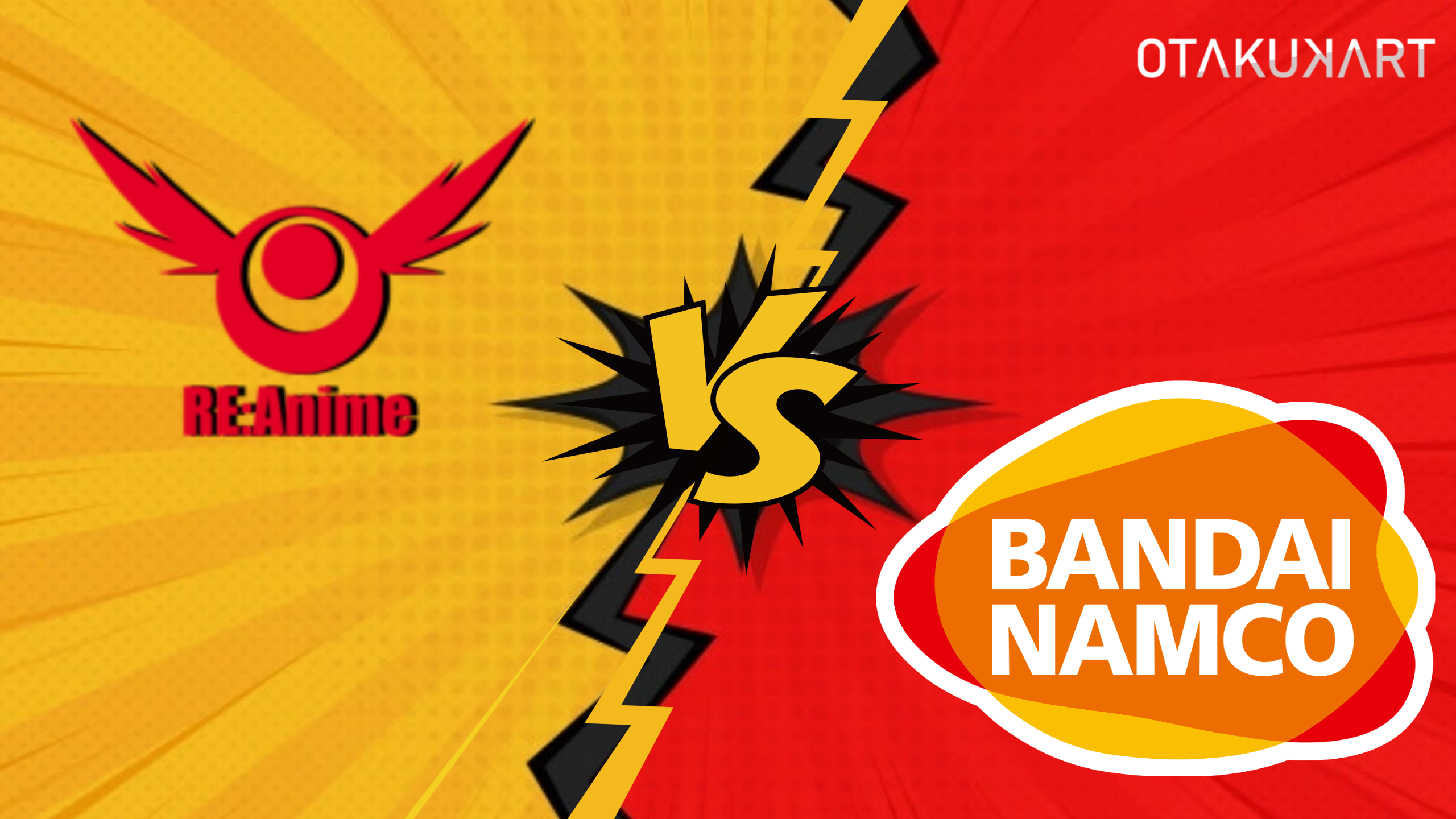 If you know Goliath and David’s story, you can relate to this recent news of how a corporation might go above and beyond to take down a Content Creator. With more than 485k subscribers on Youtube Re: ANIME has been creating Short Live-Action anime adaptation of beloved Anime, which fans love.

In the recent event, Bandai Namco has gone full force against this channel and its content. Re: Anime, which started in 2017 and has been creating shorts that are loved by fans, is fighting for its existence. In a possible false copyright claim by Bandai Namco, Re: Anime channel is being forced to shut down by Youtube. 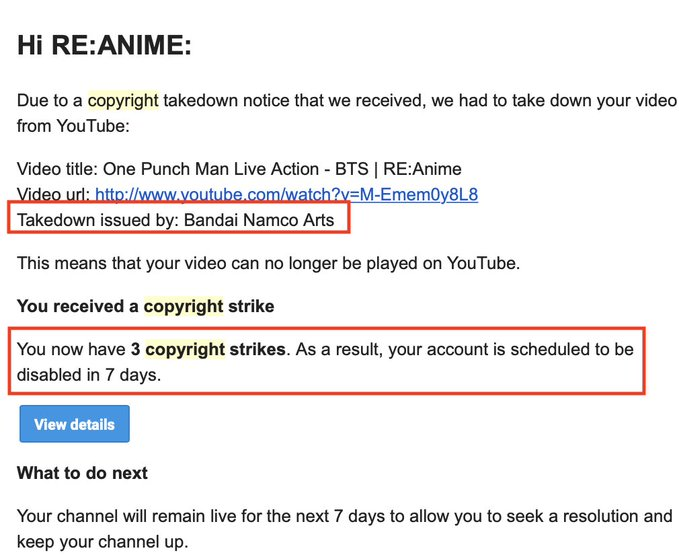 A screenshot shared by Re: Anime which shows the notice sent to them

Re: Anime is not run by a corporate and is funded by fans via Patreon, Youtube Monetization Revenue, and other forms of donation. The channel is completely independent and would be helpless against a huge corporate-like Bandai. This is not the first instance where Bandai Namco is subduing fans and their creation by copyright claims and lawsuits.

Support from various other creators

As mentioned by another YT creator, we see this pattern of behavior by Bandai Namco taking down independent creators. As an anime community, we shouldn’t bow down against Goliath-like Bandai Ent. but should take a stand and support fellow creators. In the ‘Change Dot Org’ petition, the case is fully explained. How as soon as Re: Anime’s Saitama vs. Genos video, which is based on fan-favorite “One Punch Man” gained 3 million views, both the video and youtube channel caught the attention of Bandai Namco Entertainment( who own rights to One Punch Man). On the other hand, Re: ANIME was officially sponsored by “One Punch Man: Road to Hero” for the same video. The Youtube Creator was forced by copyright laws to take down all fan films on their channel that was based on Japanese Anime.

Namco Bandai is one of the most beloved companies which has given fans Anime like Dragon Ball Franchise, One Piece, and Naruto. As a community, we love their work and grew up playing with their creation like Pac-Man, Gundam, Tekken, Ace Combat, and Taiko no Tatsujin. Playing these games and watching Anime created by Bandai has literally shaped our behavior and dreams. We would request Bandai to support Independent creators who can pass the torch to the upcoming generation of Anime and Game loving community.