DOTA Underlords is a popular auto-battler that was first developed as a mod to Dota 2. This game is a standalone version, it quickly grew in fame and ultimately became one of the premier titles in the genre. Recently it got a newthat introduced many new things. One of the many things that come with theis the much awaited “The Underlords” . The Underlords are finally in the game and the player before each battle will have a chose to choose an Underlord to lead their crew. They will be fight side by side with your heroes, fire off abilities, provide buffs, and grow stronger throughout each match. Each of these will have unique talents that can be picked as the match progresses. What these talent does is improve and unlock your abilities. 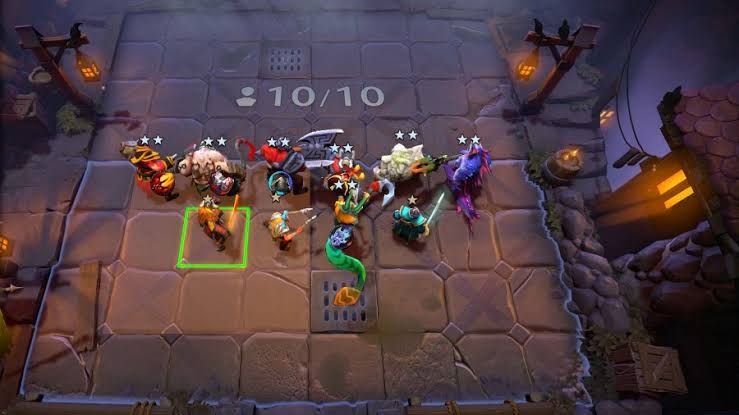 Anessix and Hobgen have a total of 22 Talents each, and 11 are locked by default. In order unlock and discover the rest of the Talents available to you can play games which includes bot games as well. Duo mode have been added and in this mode you’ll party up with a friend and queue up with seven other teams of two (16 players total, if you were counting). The devs are launching Duos with Casual matchmaking and there are plans to ship a Ranked Duos mode soon.

There is another mode coming which is called Freestyle. In this mode you can test you strategies or your team in different kinds of scenarios. This will help you to improve your skills as a player. Insects, Healers, Brute, and Champion Alliances can now be formed. Moreover, favorite Heroes such as Faceless Void, Io, Broodmother and Legion Commander are now for hire in the shop. There are a total of 12 Heroes in the roster, which filling out the new Alliances and padding a few of the existing ones.

There is also be a Jail system in discribed in the patch notes as “You may be asking yourself “Wow, that’s a ton of new heroes. How am I ever going to get anyone to Rank 3 in a match?” We hear you, and the local law enforcement of White Spire also hear you. A random group of 8-12 heroes will now be detained in The Rookery for a day, and this group willevery day. To see who’s in jail, and what they’re in there for, we’ve added jail buttons to the dashboard, the game-start panel, and the Shop. Not to worry though – even though these heroes are in jail, all Alliances can still be fully completed.” There is also some UI changes which if you want to check, you can go to the game’s steam page.