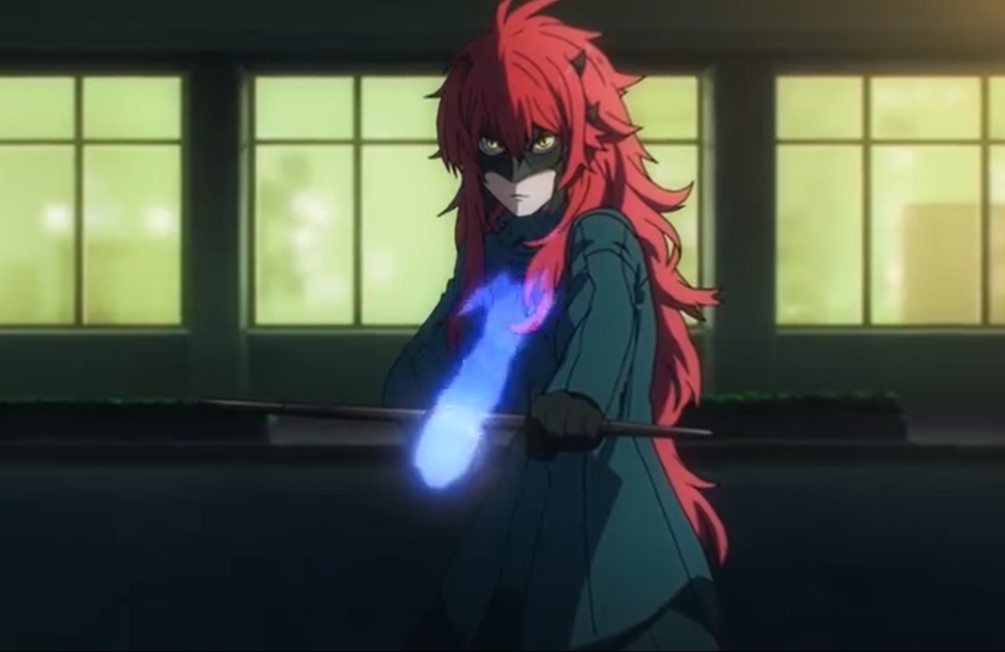 The Colonel orders Angie to temporarily suspend the pursuit and elimination of the deserters and return to her own mission. She told Anie that she must make the securing of the spell that caused Scorched Halloween or its user her top priority. If securing is impossible she will need to eliminate the caster. The Colonel opens a briefcase and shows her the Brionac. She reveals that it is given to Angie by the HQ and permits her to use it.

The Colonel also told her that from now she must assume that Tatsuya is her target. She also orders her that tomorrow night she will take stardust members and launch attacks on the target. She is also about to equip the Brionac and intervene when she judges it necessary. Angie agrees to everything that the Colonel told her but she is worried about Tatsuya. The next day Tatsuya visited a lab where they are making robots. He asks if it is true that Pixie has emitted magically energy and Yoshida said it is true. 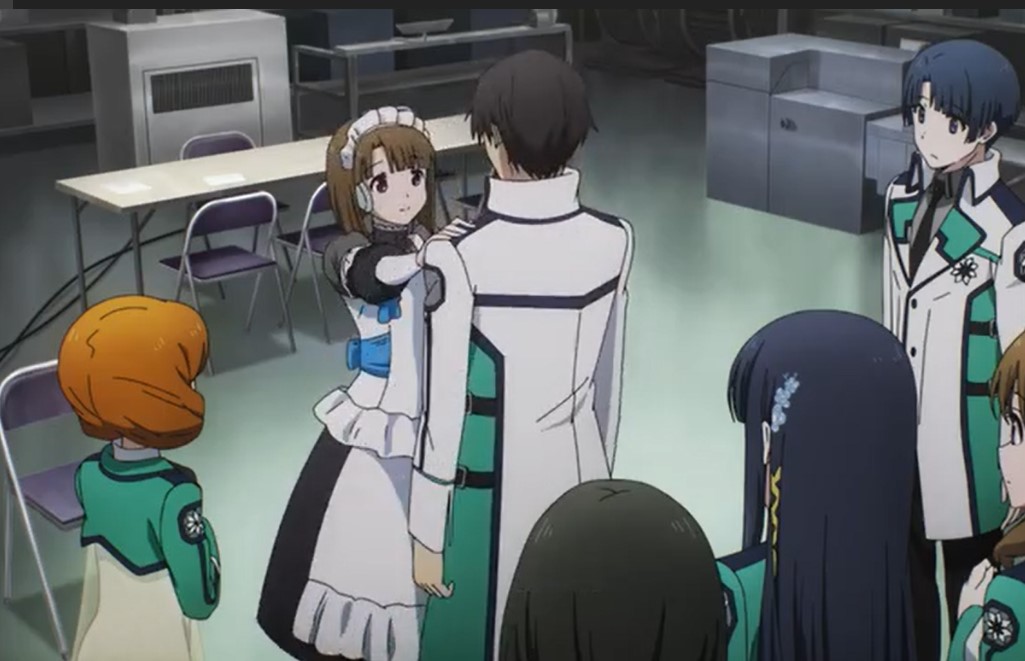 Yoshida said that they have detected traces of high-density Psion from the P94’s body and they were emitted fro inside the chest area. Yostuya asks if Pixie’s chest region is where its electronic brain and containment vessels for fuel cells are. Yoshida said that it was from close to the electronic brain. They also saw traces of Pushions, and Yotsuya asks him to explain what happened. Yoshida reveals that the incident started exactly at seven this morning.

As usual, After Pixie’s self-diagnostic program ended it should have gone into suspend mode. But it accesses school student records but Pixie’s functions did not cease but accessed first high school’s server. The command was executed inside Pixie’s electronic brain. But it Rebbot requesting access to school student records. In the end, Pixie continued to access the school’s student records until the server shut down the system.

Yotsuya decided to take a look at Pixie and she told him I found you then hug him. Miyuki gets jealous that his brother is being taken away by a robot. Yotsuya said he is not the one who hugged her she is the one who jumps onto him. Yotsuya orders Yoshida and Mistuki to observe Pixie because he thinks that she is possessed by something. Mitsuki finds out that Pixie has a parasite inside her chest.

Yotsyuya asks Pixie if she is an enemy she said that she is a subordinate to him and he asks why. She replied that because she wants to belong to him. Later Angie went on a mission with the Stardust member to capture their target. They try to trap Yotsuya but he defeated them and told Angie to quit being part of the army.