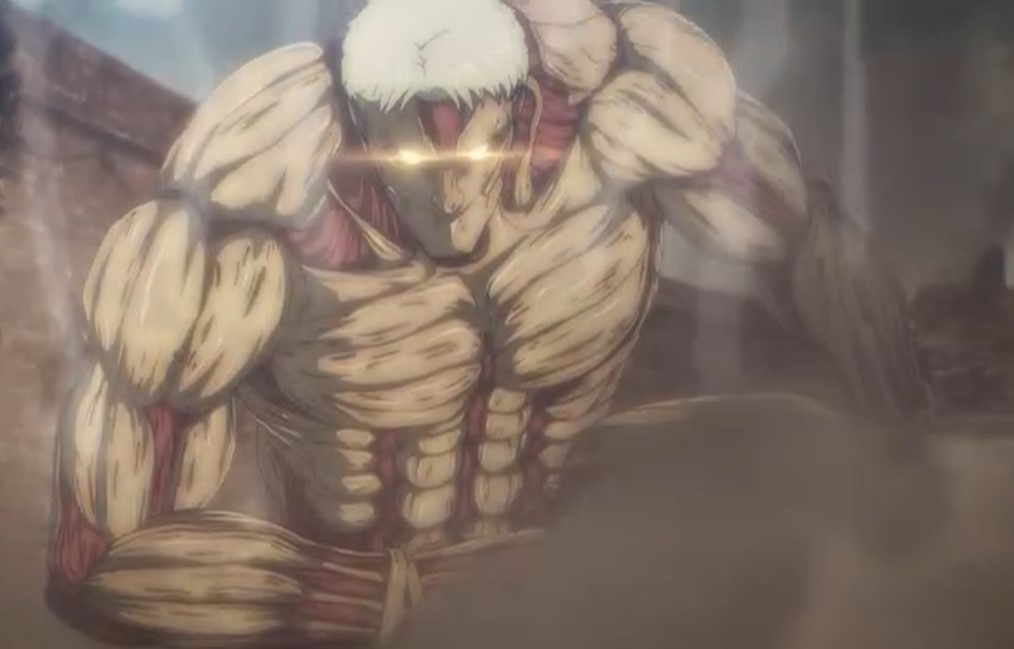 Falco is down on his back during the war, Colt came and cover him then carry him on his back. He is escaping with him to safety as the shootings continue and he manages to jump back to his base. On their hideout base, Theo asks Colt to give him the status report. Colt reveals that the Eldian vanguard got bombed only a few of them managed to survive. Theo asks about trenches and he replies that it was unexpected of them to dig any farther. Theo asks if Colt is giving orders and if an Eldian presumes to give him orders.

Koslow yells at Colt to watch his tongue around the captain Theo and Colt try to defend himself. Meanwhile, Falco wakes up in front of Udo, Sophia, and Gabi who said they are about to put an end to four years of war. She said once they take Fort Zlava or sink the Middle Eastern Federation’s fleet in the port behind it, Marley will have won this war. To invade the port they first have to take Fort Zlava and Sophia asks if she thinks Marley Navy could just attack from the sea.

Attack on Titan Season 4 Episode 2 will be released on Monday, 14 December 2020, 12:10 AM. Note that every Monday new episode of this anime will be released. In some countries, it will be released early on Sunday make sure you get it the moment it is released. Let’s take a look at the following details below.

Udo yells at Sophia asking her if they can expect anything from the navy. He also yells that it took 4 years for the navy to take the sea even with all of those battleships and they lost half of them in the process. Udo is furious white taking care of Falco’s wounds and casing him another pain by squeezing his head. Gabi hit Udo’s helmet and told him that he will pop Falco’s skull. Udo stops and apologizes then Falco asks what are they doing as warriors out here on the front lines.

Gabi replies that it is a part of the process of deciding which of them deserves to be the next warrior. She reveals that it is almost time captain Theo decided to use the front lines as their final exam. Theo is thinking ahead for the next war. He is looking for someone to inherit the Armored Titan and star in the upcoming operation to subjugate Paradise Island. Falco started wondering about the Armored Titan. Gabi said she wonders who they are going to choose and Falco looks at her.

Falco smiles saying that Gabi thinks she is the only one for the job and she asks if there is anyone else. The trio thinks that Gabi is the one to be the next Armored Titan due to her accomplishment. Gabi said it is not about that and what sets her apart from them is her resolve. She reveals that the resolve to take the Eldian’s future is in her own hands and slaughter those island demons who’ve caused them much pain. That way only good Edians like them will be left.

Later Gabi bombs the enemies wearing a nightdress and when they fired back Falco came and save her. Braun jumps down from the sky and makes a cut on his hand summoning his monster armor. While he is on his armor he kept on slaughtering his enemies while sending their tankers flying. The ships that were on the ocean also got destroyed and explode one after another.

For this week that’s is all about the upcoming episode 2 of this Anime. Come back next week Monday for more updates.