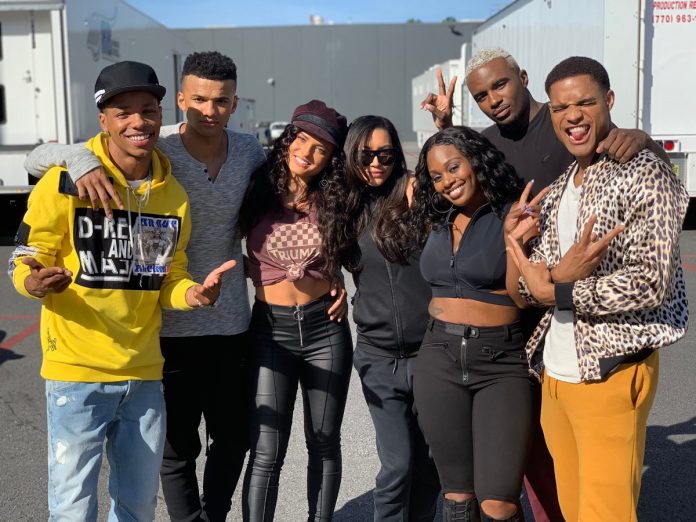 Step Up: High Water is an American web series created by Holly Sorenson. It was first premiered on 31st January 2018. The web-series is based on cult Step Up films. We can watch this optimistic high budgeted series on YouTube Premium. The series, which was announced by YouTube in June 2016 had high expectations due to its purpose of launch- to compete with the likes of Netflix and Hulu. The stakes were high, but so we’re the performance of the crew. The series has earned exemplary success in its two seasons launched so far. Is there a third season coming?

The YouTube web – series is set on High Water, a performance arts school in Atlanta. The series revolves around twin characters- Janelle and Tal. The brief background of the series goes like this-

After their mother is arrested, the twins are sent to live with an uncle in Atlanta. Janelle learns about High Water, which changes the course of their lives. The twins face challenges in the new environment; they struggle in cut-throat competition; they seize opportunities coming their way and play the game of life.

On a general level, Step Up: High Water is about dreaming big, chasing your dreams and never give up. It encourages you to see hope amidst the gloom and never to give up. The creators have built a heartfelt premise for our twin heroes.

The cult based super – hit web series features some amazing actors much to the delight of the binge-watchers. Among the notable actors include Lauryn McClain(Janelle Baker), Patric Jones (Tel Baker), Marcus Mitchell (Dondre), Terrence Green (Rigo), Carlito Olivero (David Jimenez), Jade Chynoweth (Odalie Allen), Eric Graise (King) and Faizon Love (Al Baker). Season 2 featured Naya Rivera, Kendra Oyesanya, among others. Except these two, all characters of Season 1 found their place in Season 2 and likewise are expected to act in Season 3 as well.

When the first season of Step Up: High Water was premiered on 31st January 2018, it had to bear the tag of first truly big-budget series coming out of the house of YouTube. After a successful Season 1, we had to wait for several months for the Season 2 to launch on 20th March 2019. However, a very pertinent question remains as we celebrate the new year 2020.

Atleast we can hope and pray for the same! And if our prayers unite, we can expect the Step Up: High Water Season 3 to be hitting the device screens somewhere between March to April, 2020.