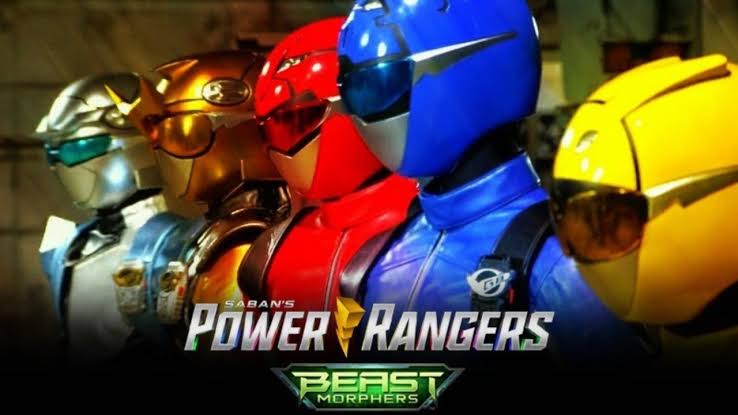 A Brand New Power Ranger show is ready to shoot the screens on Television (through Nickelodeon) and through mobile/portable devices (through Voot) for people across ages. The theme for the new season of Power Rangers can easily be said as an update to it’s classic Galactic Police VS Doomed Devil’s theme, which is set in the time frame of the Future. Season 2 will comprise Twenty-Two (22) Brand New episodes, including two holidays, specials.

Our superheroes now possess the new power tag ‘Beast Morphers’, and they are re-energized by Morph-X (a newly discovered substance ) mixed with Animal-DNA by the secret agency. You may follow Power Rangers NOW on Facebook, Twitter, and Instagram for all your Power Ranger news. If you want to enjoy curated articles on updates and releases about TV shows across genres and streaming platforms, them you may continue following Otakukart!

Our superheroes- The Power Rangers in Season 2 fight-off an evil sentient Computer VIRUS, which is bent on taking over the Morphin Grid, the source of all Ranger power.

The new season is action-packed with secret operations and morphinominal fun and features the Doctor K from Power Rangers RPM and select heroes from Power Ranger Dino Charge. The season will introduce Beast-X mode, which is a Brand new armor for Red, Blue, and Yellow rangers. The rangers, charged with new Zords and unique Megazord combinations in addition to their High-tech weapons, will be all set to take on a Brand New villain – Robo Blaze.

The lead cast crew of the superhero laden series includes Rorrie Travis; our Red Ranger named Devon, who is perceived to be the best Ranger among the trio. His able companions include Blue Ranger, played by Jasmeet Badwwalia and Yellow Ranger, played by Jackie Scislowski.

Other characters like Nate, Betty, and Ben are played by Abraham Rodriguez, Kristina Ho, and Cosme Flores, respectively.

The brand new season of our favorite Power Ranger series will be released on Nickelodeon in the first quarter of the year 2020. The creators indicated the release year along with the announcement of the title “Beast Morphers.” So, be ready!