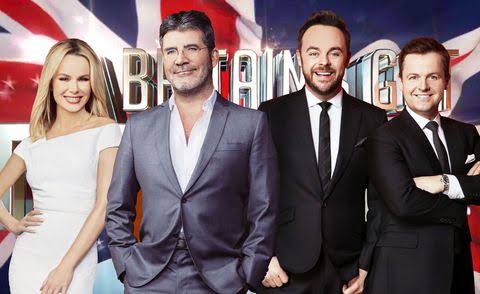 Our favorite reality competition series, Britain’s Got Talent (BGT), is back in 2020 for the fourteenth series. The show is discovered by Susan Boyle. The tickets to view live auditions are now available on online platforms.

The winner of 2019 BGT was the eighty-nine-year-old Chelsea Pensioner Golin Thackery, who won the prestigious reality show with his singing skills. He became the oldest winner in the history of BGT to win the trophy. The second prize of the 2019 edition was won by Mentalist X, also known as Marc Spelmann. The third prize was won by Magician Benhart.

When is Britain’s Got Talent Season 14 update?

The live auditions for the fourteenth edition of BGT have started from 18th January 2020, Saturday. As per the past trend, the show is going to start in April 2020. So, be ready for stellar performances coming your way!

Who are Britain’s Got Talent Season 14 Presenters?

The presenters of the show include Anthony McPartlin (Ant) and Declan Donnelly (Dec). The Ant-Dec duo is one of the most popular English doubles actors. They have hosted the show together from the 2007 debut edition. The host duo has also performed in other shows like “I’m A Celebrity…Get Me Out of Here!” and “Saturday Night Takeaway.” The duo has signed a £40 million deal with ITV to secure their roles.

This year will be Ant’s second year back to back on BGT. Dec has hosted the show for 12 editions all by himself.

Who are Britain’s Got Talent Season 14 Judges?

The judges of Season 13 are likely to reappear to measure shocking and surprising performers in Season 14. They include Simon Cowell (Music Mogul), Amanda Holden (Actress),  Alesha (Singer), and David Williams (Comedian). Amanda has signed a £3 million deal with ITV to retain her role in 2020.

Where are Britain’s Got Talent Season 14 Auditions Venue?

You can apply for the tickets for FREE at The Applause Store Website. Audience members will be chosen on a first-come-first-serve basis.