One Piece anime had just entered its act 2 of the Wano country arc as things are finally settling down after Luffy’s encounter with Kaido. The Yonko did not make much work out of him as he just took him out with a swing of his mace rendering him unconscious. Now i have noticed quite some interesting events that had happened since this arc started and some of them do not make sense whiles some do. So below I am going to reveal to you 5 Wano arc moments that never made sense and could only leave you wondering. So lets get started

1.The Waterfall To Wano Country

Ever Since the Wano Arc began, not much about its borders have been revealed. It was only explored when the straw hats arrived, and except for its waters, nothing much was shown. Although the cat viper and his team had just arrived in the same way, it was never revealed how. So more information is yet to be verified about how this waterfall works as it is a little difficult to understand.

2. Law Was Unable To Deal With Hawkins

We all know that Law was just sent back flying while Luffy was totally defeated by Kaido. Hawkins intervened in the fight when Law wanted to retrieve Luffy and escape with him. We saw Hawkin shoot a seastone nait to the law as a means of stopping his powers. We all know that the sea stone disables devil fruit powers, but only when it is in contact with the user. So the question is, how come law did not switch the seastone nail with something else as soon as it entered his room. This way he would have avoided his humiliation and things might have turned out differently. 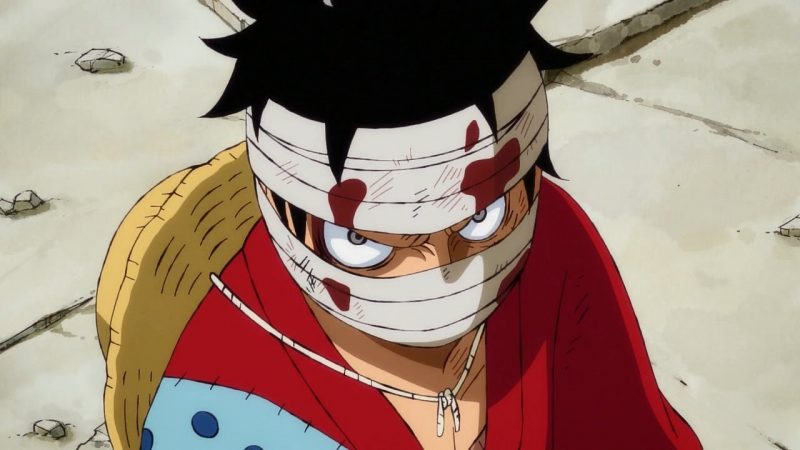 The latest devil fruit to be revealed in the anime was Shinobu’s Juki Juki no Mi devil fruit. This has the power to decay or age anything Shinobu touches but she can not control how far it goes. This was demonstrated when she saved the straw hats from Kaido’s blast breath as she decayed the grown enabling them to escape. So Chopper saved them from the pit that was left as she was unable to control how far it goes. But in last the recent episode we saw Shinobu infiltrate Orochi’s place and had just controlled which part of the roof her powers can rot away. So this just raises more questions on how these powers work.

We all know that Momonosuke, Raizo, Kanjuro and a few others came from the past as they just explained what happened to the straw hats. Although 20 years have passed, to them it felt like it was just a few months ago when Oden was executed when Kaido and his pirate crew raided their homeland. So their graves still remained while they were sent to the future. This raises some kind of mystery, but it is all the works of the time travel and Toki’s powers are yet to be revealed how they really work so this is another mystery.