by Rahul Shinde
in Shows
0

Taking us back all the way to the 1920s is none other than CBC’s drama Frankie Drake Mysteries starring Lauren Lee Smith, the titular, who is known for her time on shows like  X-Files and CSI: Crime Scene Investigation. Chantel Riley is joining her in Frankie Drake’s partner Trudy as they run an all-female private detective service in the 1920’s Toronto city. Frankie Drake Mysteries has been created by Carol Hay and Michelle Ricci, premiering on the 6th of November 2017 on CBC. The series has been applauded for its light-hearted crime stories that are being boasted regularly on each episode. The show’s success saw CBC renewing it for the fourth season, which premiered on January 4, 2021.

Frankie Drake Mysteries follows the story of Frankie Drake, who becomes the first female private detective in the 1920’s Toronto. She is joined by her Trudy Clark, often by Mary Shaw, a morality officer from Toronto Police played by Rebecca Liddiard, and Flo Chakowitz, a morgue attendant at the Toronto City Morgue, played by Flo Chakowitz. All the females altogether solve the crimes taking place in the city of Toronto.

With the ongoing fourth season, Frankie Drake Mysteries has so far covered six episodes. An upcoming seventh episode will be arriving on February 15, 2021, titled “Life is a Cabaret.” So with no further adieu, let’s look at what previously happened in the show and what to expect from teh next episode in the series.

The last episode of Frankie Drake Mysteries began with Frankie Drake, Trudy Clark, and Mary Shaw discussing the infamous murder trial of Christine Mayfield. A salesgirl who worked at Eaton’s Perfume counter. It’s been speculated that a guy named Logan killed her, but he always insisted he was innocent, but now the evidence is filed against him that further questions the case. The trio is soon approached by Christine’s uncle, who asks Frankie Drake to prove Logan’s guilt. Without any word from Trudy and Mary, Frankie Drake decides to take the case. 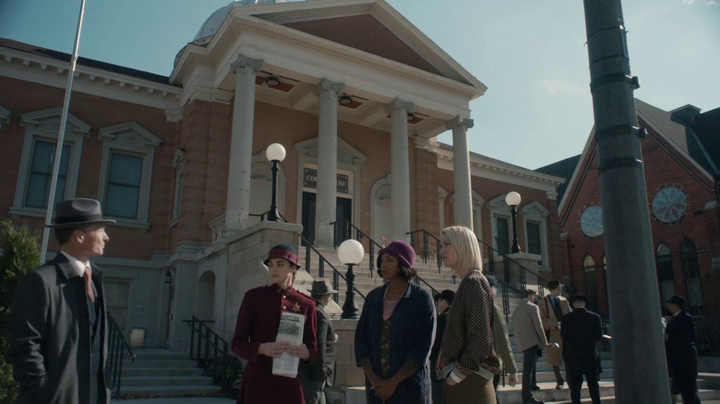 The investigation begins with Frankie Drake looking at reports that suggest police found Christine’s body in a pond strangled to death. With footprints around that matches Logan’s, he was questioned about it. While Frankie leaves to take a look at the autopsy of Christine Mayfield’s body, Trudy is set to talk to Connie, who was last seen with Christine before her death.

The autopsy suggested that Christine was tied up with something before her death, but there was nothing mentioned about it in the file. After looking at the autopsy, Frankie decides to interview a few people relating to Christine’s death, including Christine’s Boss’s likes at the Eaton Perfume Counter. While Frankie and her team try to build up the story behind what exactly happened the night of Christine’s murders, they are led to a huge question lying just in the air.

The question is that Walston wanted to go all over Logan with the PIs, but why not the police? On the other hand, Mary strikes up a conversation with Logan’s lawyer Steve who also Mary is good friends with, to get an insight into the case. The lawyer clearly revealed that Detective Iyle had fabricated the case against Logan, and he will go to any heights to prove he isn’t guilty.  Steve asks Mary to sneak into the log files of the case, to which Mary unwillingly agrees.

On the other hand, Trudy is interviewing Christine’s boyfriend to get some more information until he reveals that Christine never had an uncle. While Logan’s away, Frankie decides to break into his house to look for more evidence where she found a wire that can be used for strangling Christine. The case soon builds up to be murder rather than a suicide when a new autopsy joins in the case, which links to another murder of a similar kind. It is also revealed that Christine and Maude were indeed tied with a piano wire before they died, whereas Christine’s boyfriend is a piano player.

Read More: Destiny 2 Season Of The Chosen: What Will Be The Next Challenge For Guardians? 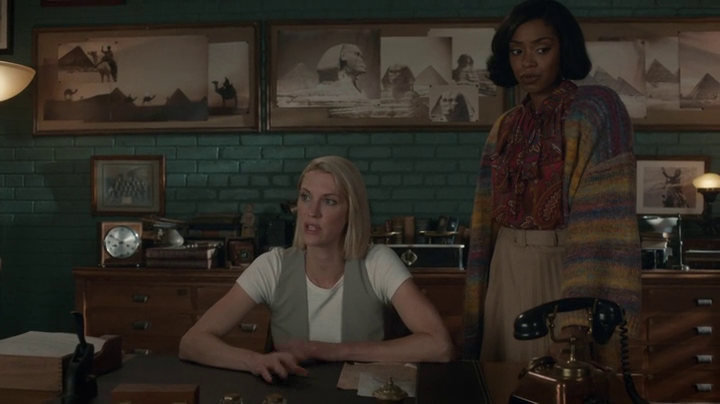 Frankie goes ahead to talk to Logan while Trudy revisits Christine’s boyfriend to question them about this wire. On the other hand, Christine’s Uncle dismissed the official meeting with Frankie and went up to her to talk about it. He is questioned about both Maude and Christine’s murder. Maude is soon revealed to be his lover.

On the other side, Mary confronts Detective Iyle after looking up at the logbook. Detective Logan soon gives up, saying that Logan has previously committed murders and all have been covered up. On the other hand, Connie tells Trudy that she remembers seeing a laundry delivery truck at the place she left Christe. In contrast, Frankie finds another piano wire and a half bottle of gin in Logan’s locker, which could’ve all the Christie’s fingerprints all over it as autopsy says she drank gin. The last key to the case is none other than Mr. Walston, but he is not here.

Read More: Movies Similar To The Swarm (1978) That You Need To Watch 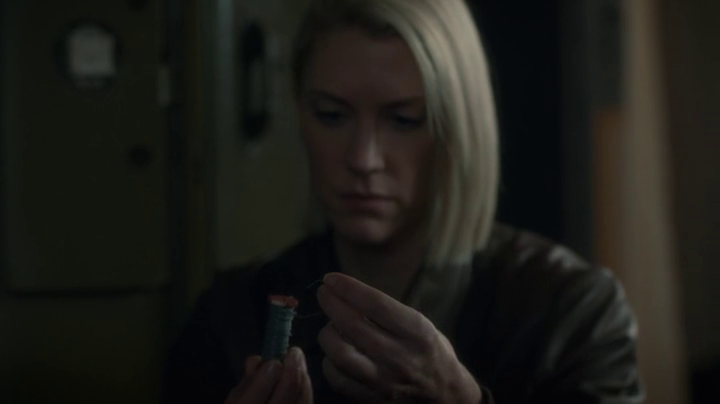 The Dissapearnece of Mr. Walston leads Frankie and Trudy to Logan, who is found aiming a gun at Walston. As Frankie arrives questioning Logan, he declares that he saw Maude only once, and Bert, Christie’s boyfriend, said hands-off. The next day she was dead near the pond. The case summed up that Logan was actually innocent. Instead, Maude and Christie’s boss Bert is the one behind this when Frankie found the string and bottle of gin and how a worker mentioned Bert liked going fishing at the pond.

Thus, Frankie caught Bert leading to Logan finally off the chargers. On the other hand, Steve is proud of Mary, who decided to meet up once again some another day. Soon Detective Iyle approaches Mary and confesses his mistakes with the investigation. While on the other hand, Frankie comes up with a new ride for herself.

Well, there is not a single preview on what to expect from the next episode of Frankie Drake Mysteries as of now. It will be released on  February 15, 2021, written by Sharron Matthews & Keri Ferencz and directed by Bosede Williams. The episode is titled “Life is a Cabaret.” Much like most of the series’s episodes, we are expecting to see Frankie Drake pick up a new case taking place in the town of Toronto. Teaming up with her partner Trudy Clark and Mary Shaw, and Flo Chakowitz, they will be seen investigating and overcoming the odds with a new completely new case in hand.

Last year in December, Equinox hit Netflix and gained popularity among the audience. This mystery thriller series was once a...