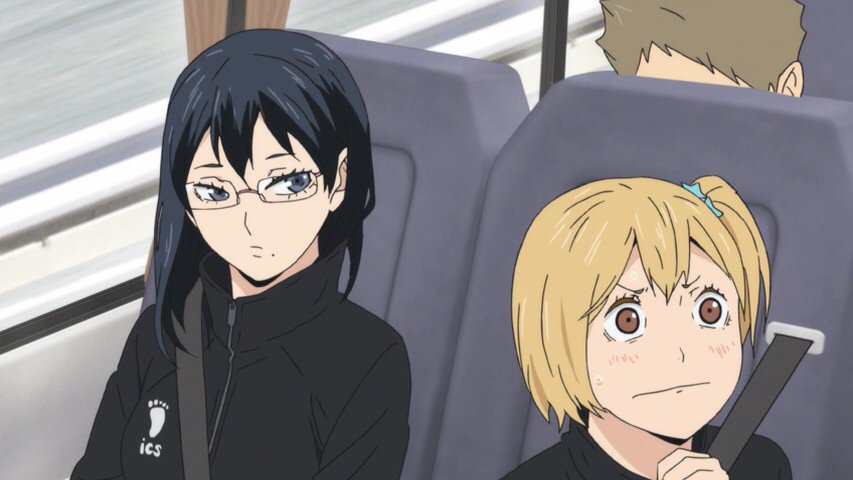 Haikyuu To the top Episode 9

Haikyuu!! To The Top Season 4 Episode 9 is mainly focused on the nervousness of some members of Karasuna and their New Year. If you are not interested in spoilers, you may choose to leave.

Episode 9 of Haikyuu!! Season 4 starts with the President of the Volleyball club and leader Karasuna, Daichi Sawamura. Sawamura is troubled by his bad dream, which was his first dream of the new year.

He dreamt that all matches have already ended yesterday, and checked all the missed call of their volleyball mates on his phone.

While going back, Sugawara started a topic where he said the when going to the shrine, you are supposed to be thankful for the god for the everyday things rather than asking. But Asahi seems to have asked a lot of things like concerning about his matches, his future and even good health for the dog next door and said god probably thinks that he is super annoying now. Suga replies with less care that he will not blame him for at least asking them for a win.

After hearing them, Shimizu replied that it’s not going to help them win matches even if they asked to let them win to gods. And even if the gods didn’t help them, they will be fine. Hearing those words from Shimizu Asahi, Sawamura and Suga moved by Shimizu and got more fired up for the match.

Meanwhile, Kageyama was jogging on the first day of the new year, when Shoyo Hinata asked him out to go visit the shrine in a group he rejected in an instant to go with them. Tanaka was accompanying her drunken Sister, and Nishinoya is playing a new year game with an old man. After Sawamura got alone while going back to his home, he suddenly got the urge to visit the clubroom just in case where he met with Shoyo, Kageyama, Nihinoya, and Tanaka.

Sawamura asked why are they here, event though the clubroom is closed today, which everyone replied on a hilariously way in order. Shoyo, by after his New Year’s shrine visit and ran into everyone, Kageyama swung by during jog, Tanaka ran away from his drunken Sister, and Nishinoyo is looking for a worthy new challenger.

Sawamura forced them to go home, rest days are for resting after all, and he’ll beat them up them if they catch a cold soon after that Sawamura met with his middle school friend, Ikejiri. They hung out in a park, and Ikejiri told him that he saw them playing with Shiratorizawa in finals on TV, and they were amazing. Ikejiri knew instantly that he was nervous and told him just the fact that they defeated Shiratorizawa and are going to the finals is amazing. There’s no need to feel any pressure. Anything just relax and play. He also told him that he would seriously be going to root for him, so give it to his best.

After the words from Ikejiri, Sawamura realized that there is no need to be scared; he is not alone after all. On the 4th day of January, they took departure to Tokyo.

Shoyo, Nihinoya, and Tanaka are excited to visit in Tokyo and had their first time seeing a SkyTree. Sawamura explained to them the routine they will do after they reached their destination and also warned them not to cause any ruckus with as a threatening.

They finally reached their destination and got excited to see all the places but suddenly remembered Sawamaura’s threatening and decided not to. The unfamiliar air of the coat got some of them nervous, especially Asahi, they are not in the mountains after all like their previous gym hall. Hinata seems to be keeping in check about his nerves, but it looks like it can’t be helped. It’s their first National Tournament after all which club adviser of Karasuna, Ittetsu Takeda commented on their nervousness.

Later that day in the evening, Coach Ukai saw them their first intro video of Karasuna, which fired them up even more. Some hours later, Kageyama is going to out in Tokyo city for his jog, Hinata too, joined him for the jog, and Tsukishima had to join them in bicycle so that they won’t get lost in Tokyo and get in troubles.

Meanwhile, Yamaguchi is watching videos to his ease; Sugawara is studying to make him feel ease, which was his regular time for study. For Asahi, it seems like he was hung up on their promo video. And for Nishinoya and Tanaka they were nervous because Kiyoko Shimizu is taking a bath.

The National Tournament also which also known as The Spring Tournament is here. Shoyo Hinata is excited about the gym place and was talking about the mood with Kageyama but suddenly got pushed by someone and got collided with Nishinoya. When Nishinoya is about to fall he saw that he was going to bump to a girl which he thought that he finally is going to have lucky perv event which he always dreamt about but got hold instead of bumping because of the difference in size.

She’s one of the Niiyama Girls High School’s wing spikers, Kanoka. She was the old classmate of Tanaka in fourth grade. And then Tanaka finally saw her as a girl and turned into stone. Kageyama then met with Komori whom he met in Youth camp. Komori Motoya who was listed as the top libero in Monthly Volleyball. And Shoyo met with Bokuto. And then Karasuna met with their rivals Nekomiya. 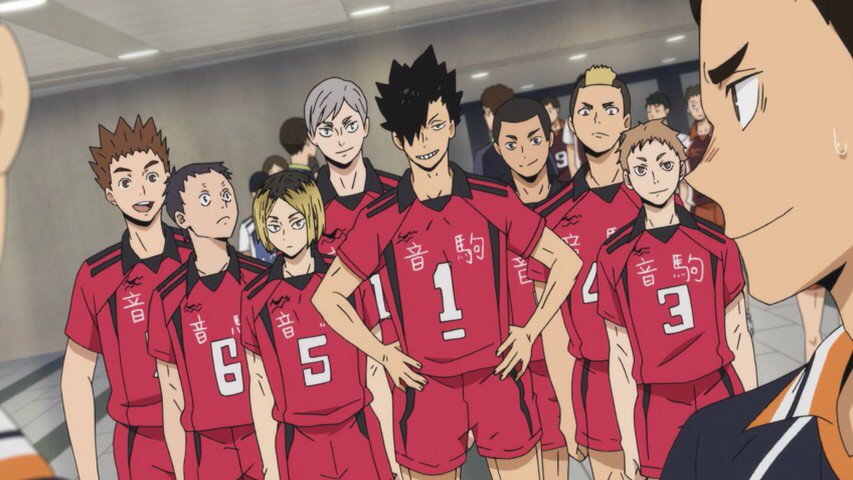 Nekomiya, Haikyuu!! To The Top

The Opening Ceremony has started everyone is nervous because of their first tournament, even Coach Ukai is nervous. With the end of the Ceremony, the Spring Tournament is now going to begin.