It’s finally happening; Oregairu is getting a third season. We’ve had to wait for so long, but it’s just as they say, the longer the wait, the sweeter the result. Oregairu Season 1 aired back in 2013, and it suddenly became popular with everyone.

Back then, it was easy to see that the show would go on for quite a bit and we soon got a second season just two years later in 2015. The second season was just as good as the first one, and to be honest, I enjoyed it quite a lot. However, due to some reasons, we’ve had to wait four years for the next season. In this post, we’ll be talking about Oregairu Season 3, and everything that we know about it so far. 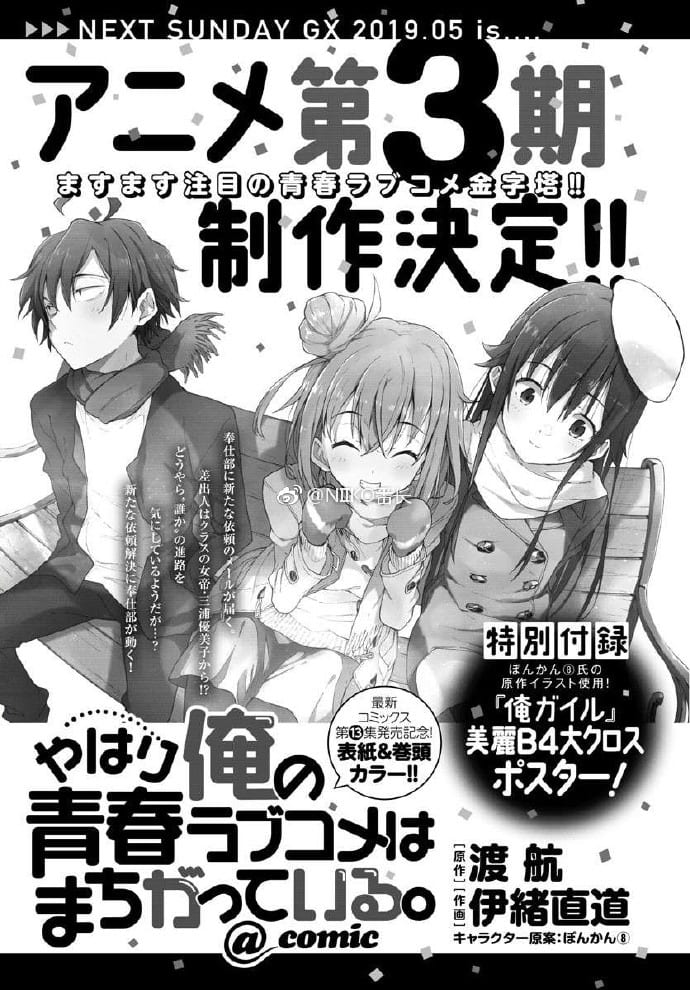 Before we begin, I want to let you all know that this post may contain a bunch of spoilers from the anime’s previous seasons too. If you don’t want to get spoiled, I suggest that you stop reading the post here. However, if spoilers don’t bother you, we can get started.

A couple of weeks ago, there were rumors going on about Oregairu Season 3, and now it’s been all but confirmed. It is being reported that the upcoming season might just be the final season of the show too.

We don’t have a confirmation on that just yet, but the 14th and the final light novel of Oregairu is going on sale this month, so with all the material having wrapped up, the show could very well end with this season.

So far, no other news related to Oregairu Season 3 has been revealed. All that we know is that the upcoming season will come out soon, and I expect that to happen sometime in either Fall 2019 or in Winter 2020. We’ll let you know when more details star coming our way.

Realme 3 Pro: First Look And Everything You Need To Know