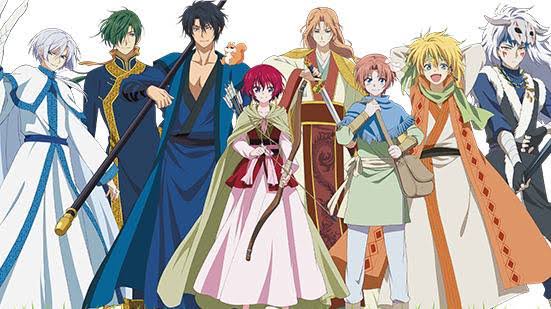 Yona of the Dawn aka Akatsuki no Yona is originally a manga series by a writer named Mizuho Kusanagi. The manga was launched in 2009 and is still going strong. Hana to Yume is the magazine where this manga gets published. This manga was adapted into an anime in 2014. So far just one season of anime has been released and there are serious question marks over the next season. In this post I am going to discuss Yona of the Dawn Season 2 whether it will come out or not. Make sure you do not hate spoilers because I am going to add quite a lot of spoilers in this post. If you hesitate due to spoilers then just don’t read it for your own good.

On 07 October 2014, the first episode of the anime was released and the final one came out on 24 March 2015. Since the manga has been going on for more than ten years now, it is obvious that content is available for the new season as well. Studio Pierrot made the first season of the anime. Director of the anime is Kazuhiro Yoneda and anime is written by Shinichi Inotsume. Funimation has licensed the animation. Season 1 of the anime has 24 episodes. The networks via which the anime had been released in the past are AT-X, Tokyo MX, BS11, Aichi, RKK, BS11, TV Aichi and Sun TV. Now, let us talk about the main topic, that of whether or not the new season of anime is going to be made or not and if so then when is it coming out?

There is no official update of the Season 2 of the anime revealed so far. As mentioned above, the anime released its last episode in 2015 and since then no word on the new season has come via official sources. Akatsuki no Yona writer Mizuho Kusanagi was very severely affected by the earthquake in 2016 which derailed her work and also her life as a whole. So, some are saying that this is the reason that Season 2 is taking time to be released but the thing is the content to animate is already there and Shinichi Inotsume the writer of anime wasn’t affected that badly by the earthquake at all.

So, if the Season 2 had to be made it would have already been released by now. But there is still a year left until the anime gets cancelled and the agony suffered by the fans will also come to an end with that. If the team decides to make Akatsuki no Yona Season 2 it has to at least announce it in 2020 only if they do that, we’ll share it with you as soon as the news comes out. But to be honest the hopes have already been crushed of the fans and this year will just prolong the pain. I just don’t think that the new season will be ever made. But if somehow the anime team decided to make it, then Akatsuki no Yona Season 2 will be released in 2021 and if no announcement will come in 2020 then I’m afraid the dream of Akatsuki no Yona Season 2 will be over for the fans at last.

The story is about Yona who is the main protagonist of the story. She is a princess of Kouka Kingdom. Yona is excited about getting hitched to Su-Won whom she has liked from her childhood. On her sixteenth birthday, a tragedy takes place. King refuses to get Su-Won and Yona married. This makes her mad and she rushes into her father’s chambers to confront him where she finds out that her crush Su-Won has murdered the king and taken control over the kingdom. She runs for her life and evades the guards of the new king with the help of her bodyguard. She then gets to know about a priest who knows the history of the kingdom. This priest tells her about her grandfather and his four commanders who originally won over the kingdom in the past. She then heads out to find the descendants of these four commanders long with her bodyguard and a follower of the priest that they came across. Yona wants to take back her Kingdom and she thinks that these four descendants can help her in her cause. Will she be successful in her cause? For that, you have to watch anime and read the manga.

Akatsuki no Yona Characters and Cast