Senku takes some time to tell his crew about the history of America. The land of corn that they are traveling to as they are currently sailing on a replica of the Vikings ship that Senku managed to come up with through his scientific expertise. The weekly schedule for Dr. Stone will have Dr. Stone Chapter 148 released next. So, in this post, we are going to talk about Dr. Stone Chapter 148 spoilers, and time. We will also talk more about the Manga’s update schedules so that you can get new chapters immediately after their release. Note that this post will contain spoilers, so if you don’t like them, you can skip the spoilers section below. 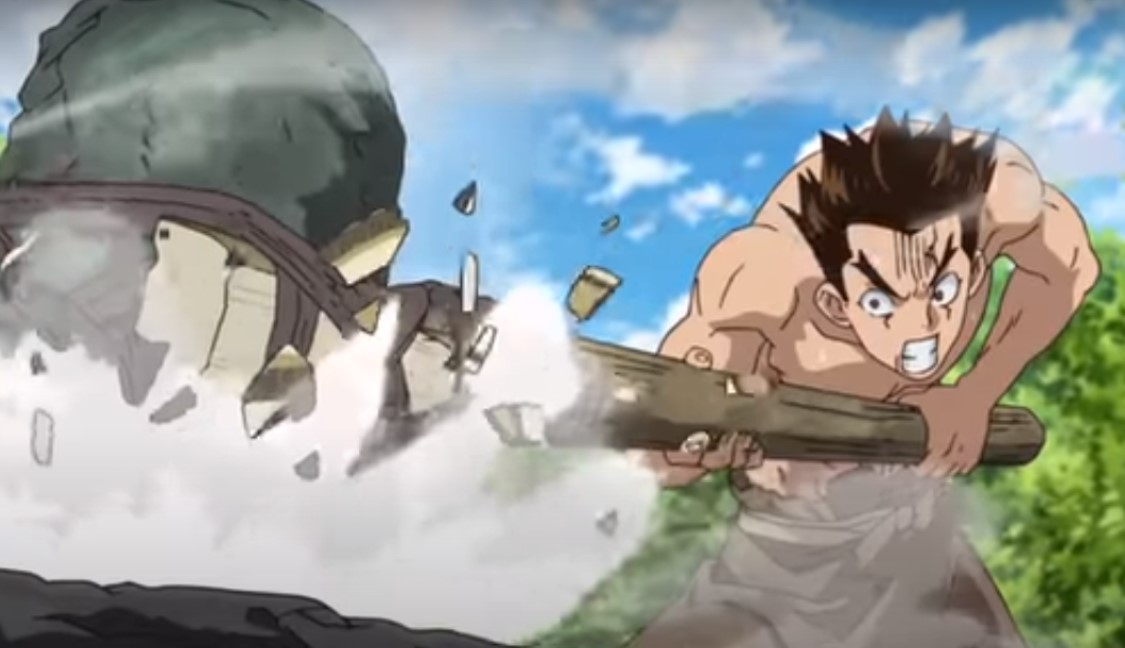 The spoilers for Dr. Stone Chapter 148 are not yet released as of now. We will bring you updates as soon as we get them as they are usually published 2-3 days before new chapters. So, make sure to visit our site for the latest updates regularly.

When Is Dr. Stone Chapter 148 update?

Dr. Stone Chapter 148 will be released on Shonen Jump on 26 April 2020. This Manga runs on a weekly schedule meaning that new chapters are released once every week and are seven days apart. Note that Shonen Jump is going on a break that will end on 26 April, so there won’t be a new chapter release for this week:

Dr.Stone Chapter 147 was released on 12 April 2020, so this makes Chapter 147 to be released next week. Make sure to visit our site regularly as we will bring you more updates as soon as a new chapter is released.

Where To Read Dr.Stone Chapter 148 Online?

The latest Dr. Stone Chapters are available online as soon as they are released on VIZ Media and Shueisha’s Manga plus official platforms.

While sailing in a replica of a Viking longship, Senku explains that Viking sailors reached America 500 years before Columbus. The other crewmates question how the Vikings were able to navigate when the sun was unavailable. Senku posits that the Vikings used a stone to track the sun’s position that seemed magical. Ryusui reiterates the difficulty of their current route, but Senku is confident that their GPS technology will see them through. Gen questions how GPS will work in their situation and Senku responds that they will coordinate with Ruri in Japan.

Back in Japan, the Kingdom of Science has built a sundial and many hourglasses. Ruri explains to Mirai that these instruments are used to provide the time in Japan to the crew via short-wave radio, which Senku can count accurately. The less scientifically-minded crewmembers are confused about how the time in Japan helps them determine their bearings, and Ryusui tells them that the time provides longitude. The sun’s position gives them latitude. The crew marvels at their analog GPS, and Senku proclaims that as long as the weather is beautiful, they will always know their location.

Sometime later, the Perseus is caught in the middle of a thunderstorm. Gen dryly chastises Senku for tempting fate and notes that for all his intelligence and determination, he has no luck whatsoever. Kaseki laments that the sun won’t be seen through the clouds, forcing the crew to rely on Ryusui’s intuition. Senku is worried about the amount of time they’ll lose if the storm goes too long. Suika wishes that they had the Vikings’ sunstone, which gives Chrome an idea. He retrieves a stone from their collection and asks Kohaku to carve it into a prism. Chrome puts the lens into a viewing device with a rocket-shaped hole and brings it to the deck. Chrome uses his instrument to find the sun, and Senku excitedly notes that the prism is made of calcite, a naturally transparent stone. Ryusui remembers that calcite had been discovered in the wrecks of Viking longships, and Ukyo remarks that the legend seems to be true.