Is The Case Files of Jeweler Richard Worth Watching?

The Case Files of Jeweler Richard is a unique story where you can get a lot of mineralogy knowledge. Richard Ranashinha is rescued by Seiga Munakata when some drunk people were trying to harass him for his good looks. This encounter leads to Seiga working as an intern at Richard’s Jewelry shop, and Seigi starts to learn everything there is to know about how the jewelry is made and how the gems are different from each other.

Why should you watch this Anime?

After reading the plot, you might have got what the story is, but why should you watch this Anime?

This show is not a random shoujo or slice of life with some good-looking characters, but it has relevant and varied themes which people don’t talk about. There are two main characters, Richard Ranasinha De Vulpian and Seigi Munakata. This show is labeled as a mystery as it is based on a mystery novel, but the Anime gives you more of a slice-of-life feel. In every episode, Jeweler Richard solves a mystery, but they are not murder mysteries. They are more like personal mysteries of the customers who visit him, things that people keep in their hearts but can never speak of.

So why a jeweler? Why not a consultant or therapist? Many people worldwide have beliefs regarding gemstones; even in our Indian society, we have many beliefs. Some gemstones bring good luck, or some gems are used to ward off a bad omen, and many different gemstones benefit us in several ways. Just like that, people of Japanese society also have beliefs regarding jewels. Richard has a shop in Japan that majorly deals with jewelry and gemstones. Many people come across this shop, either to buy a wedding ring or to buy any particular gemstone which will benefit them. There is a general idea attached to every gem introduced in every episode. 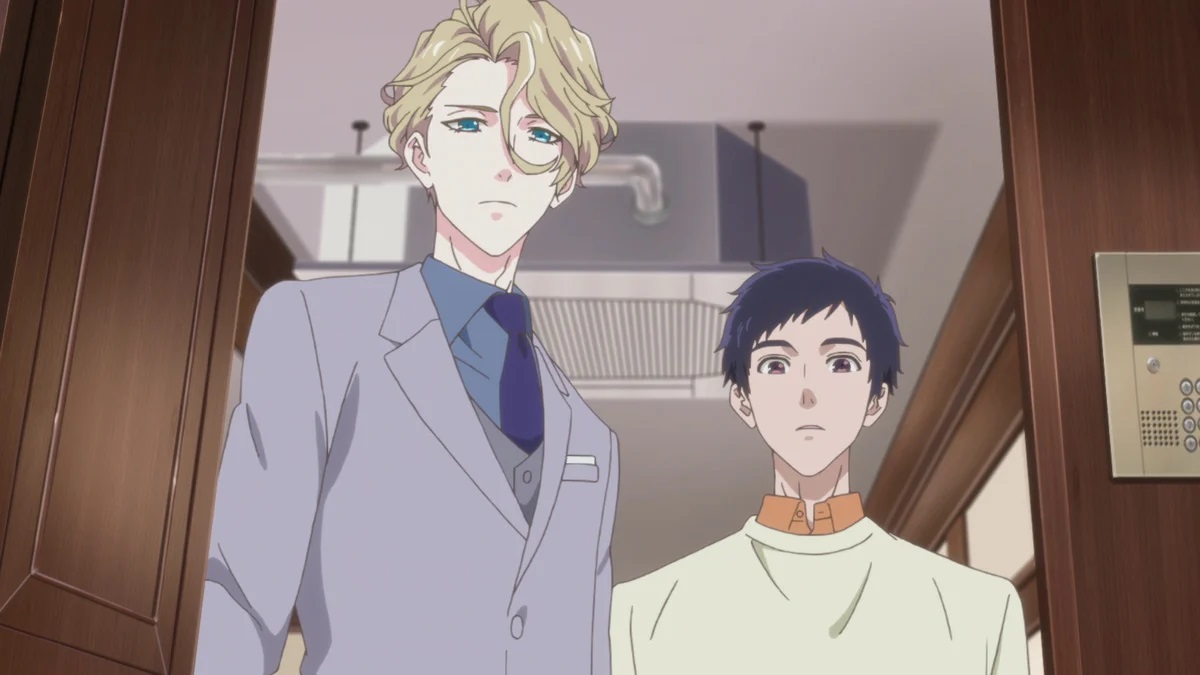 “Beautiful face is not Everything” is one of the major themes explored in this Anime. It makes us realize that it’s high time that we let go of the conventional definition of beauty and realize that beautiful people don’t need to enjoy extra benefits or are preferred more. There can’t be any definition of beauty, and beauty is not only what you look at on the outside but also what you are on the inside. Giving too much importance to beauty can also cause significant problems like depression, inferiority complex, and low self-esteem for people who aren’t considered as such.

“Oppression faced by the people of LGBTsociety” is another central theme of this show; it is shown clearly that people cannot be who they want to be just to be called normal in this society. Even if the government legalizes it, these people are always looked down on, bullied, or discriminated against because that is not standard in the societal norms. This show discusses these things very realistically.

Another major lesson is “Running away from your problems doesn’t solve anything” this is the part where the main characters come in, and their development is shown. In a way, both the characters are upright and noble people, but not every happy-looking person needs to have a happy past, just like our two main characters, Richard and Seigi, had a troublesome childhood and adulthood is filled with problems and they are only dealing with it by trying to run away from it. Richard and Seigi’s relationship also develops during this part of the show. Richard’s behavior towards Seigi was always harsh; he always taught him something about gemstones or just basic mannerisms like think before you speak. Even though their relationship looks very formal, both of them look out for each other. 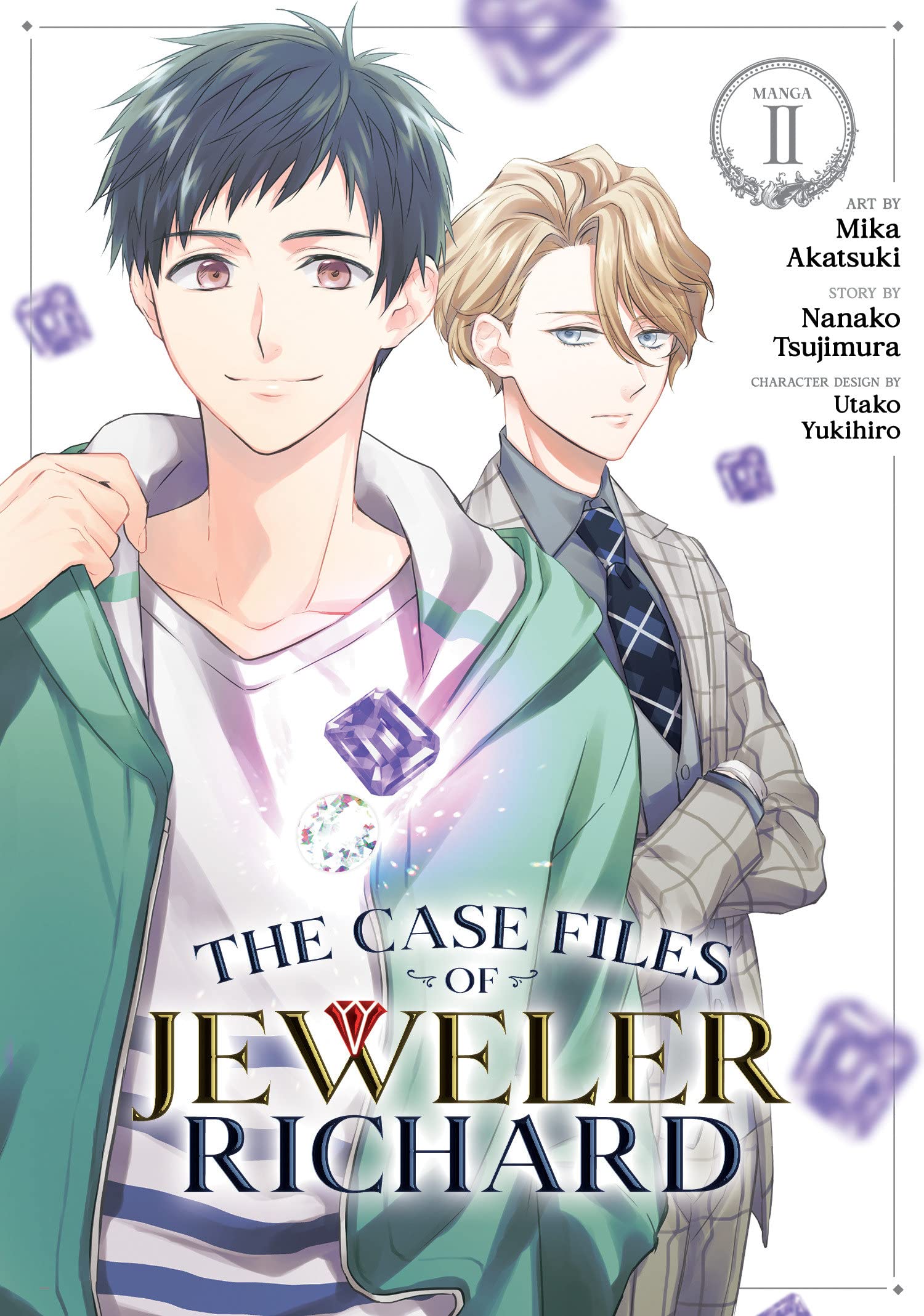 Another reason to watch this show is Richard Ranasinha De Vulpian himself; he is not only a beautiful gemstone on the outside but also on the inside. He is the kind of person who doesn’t say or show much but keeps an eye on everything in his surroundings and on the people connected to him; he is too observant and knowledgeable and loves drinking royal milk tea! He can look through people and know what they are yearning for, even when they don’t know it themselves.

At the least, this show explores themes of traditional societal norms and shows how many people are victims of these norms; there are also other relevant topics like being kind and compassionate to others and knowing when to remain quiet. The thing that attracts viewers to this show is how they relate gemstones to the varied themes of the show, how they are similar to us, and that every gemstone has a story of its own, just like different people. You can also say that this show is a bit educational, giving you some knowledge about gemstones! If you are interested in an academic, slice of life Anime with good sound, animation, and beautiful art style and characters, this show is recommended.

777 Charlie Review: A Journey of Loyalty and Determination