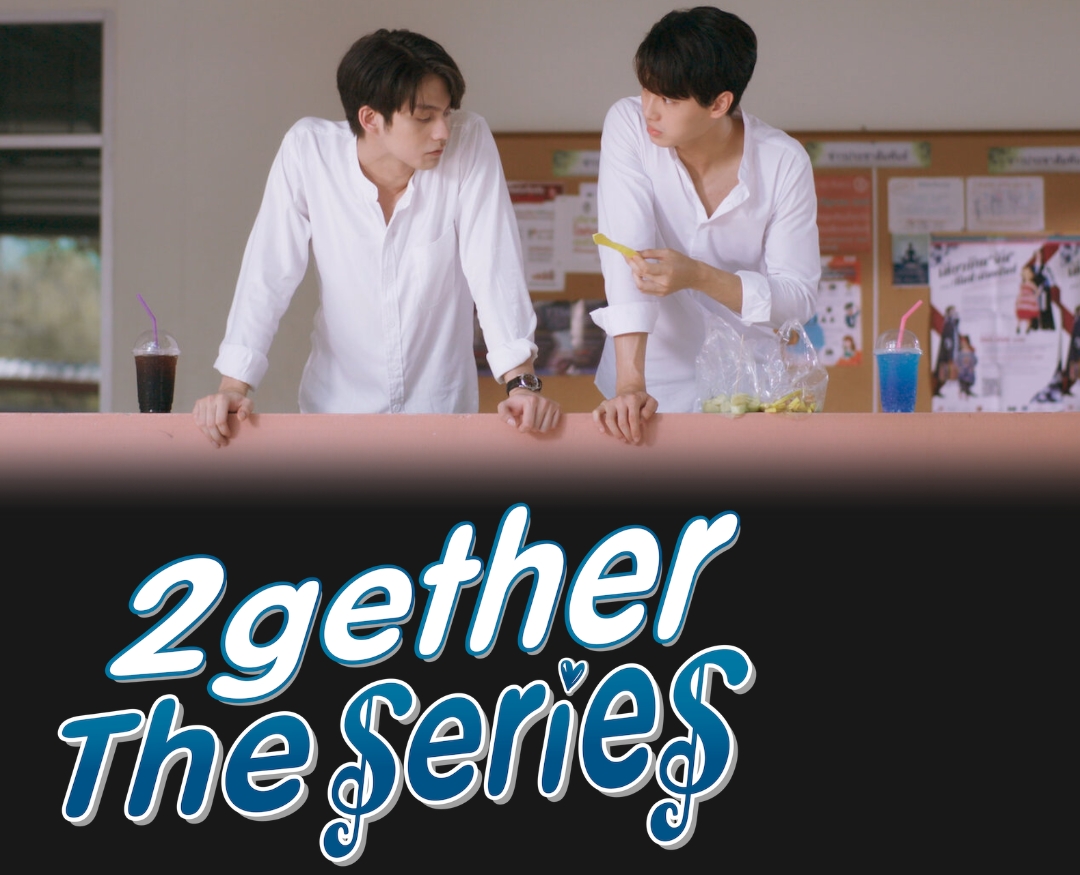 Indeed, Netflix knows how to attract spectators from all over the world! In the last couple of years, the graph of Asian content created or acquired by this streaming platforms has shown a sharp rise and with time, it is taking up even better content. Among the most selling Asian projects, series and movies in Korean and Chinese languages are loved by the audience the most. And that’s very obvious considering how good they are. There are many audiences around the globe who admire BL shows a lot and it is even considered one of the most popular Asian show genres.

Here is a list of ten of the best BL Dramas coming from Thailand, Taiwan, the Philippines and the rest of Asia. With good-looking protagonists, solid storylines, gentle characters and a lot of mush & romance, the shows are bound to be addictive.

The viewers of the show have either loved it or absolutely hated it for it doesn’t really have a unique formula. It has the age-old concept of faking a relationship before it begins to turn real, but the two leads are definitely going to give butterflies in your stomach. Either way, ‘2gether: The Series‘ remains one of the most popular BL series. Tine is a handsome cheerleader in college while Sarawat plays the role of the most popular campus guy, a member of both the soccer and the music club. When Green starts chasing Tine, whom he doesn’t really like in a romantic way, he asks for help from Sarawat to pretend to be his boyfriend in front of him. Gradually, they begin to realise their love for each other as the pretending gets real.

The series’ success resulted in a special sequel titled ‘Still 2gether’ and for your information, a movie titled, ‘2gether: The Movie,’ is supposed to premiere this year in the theatres. 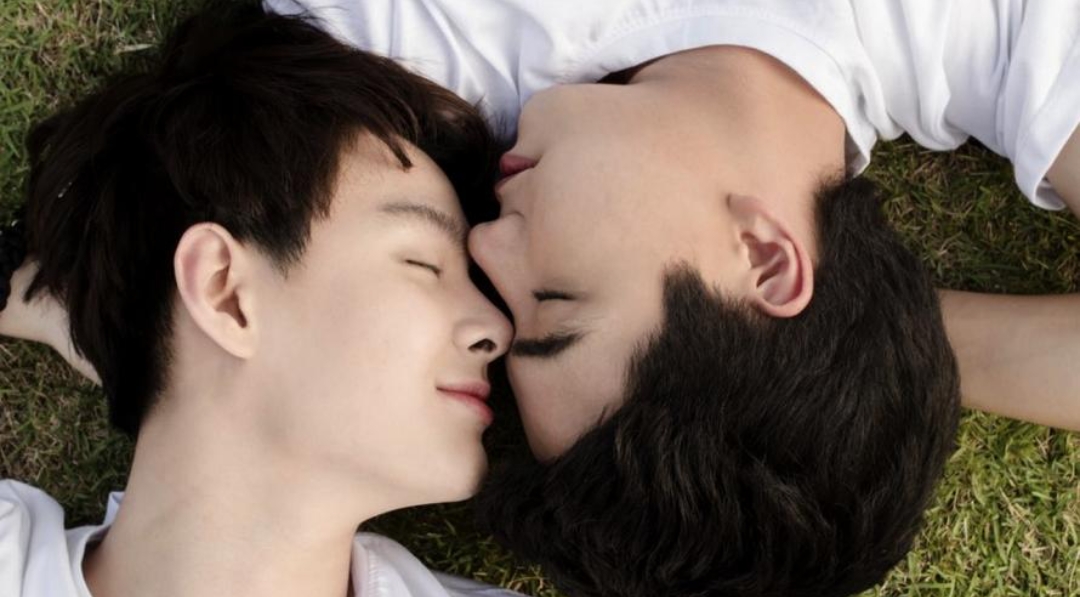 The story revolves around a handsome, rich but timid university student who gets used by his friends for his wealth. However, he has been hiding the secret of him being a homosexual which is the root cause of his shyness. When he comes across this kind-hearted guy, Ae, Pete’s life changes for the good. Ae protects Pete from the world and from his frenemies from taking advantage of him. Gradually, they become closer and Ae begins to develop feelings for Pete, above and beyond friendship.

Although Pete feels the same for him, he is too timid to come out and announce his sexuality. Moreover, he doesn’t want Ae to go through the feeling of being bullied for falling in love with a man and thus decides to stay quiet. However, love finds its own way— Pete cannot help but fall for Ae deeper than before. 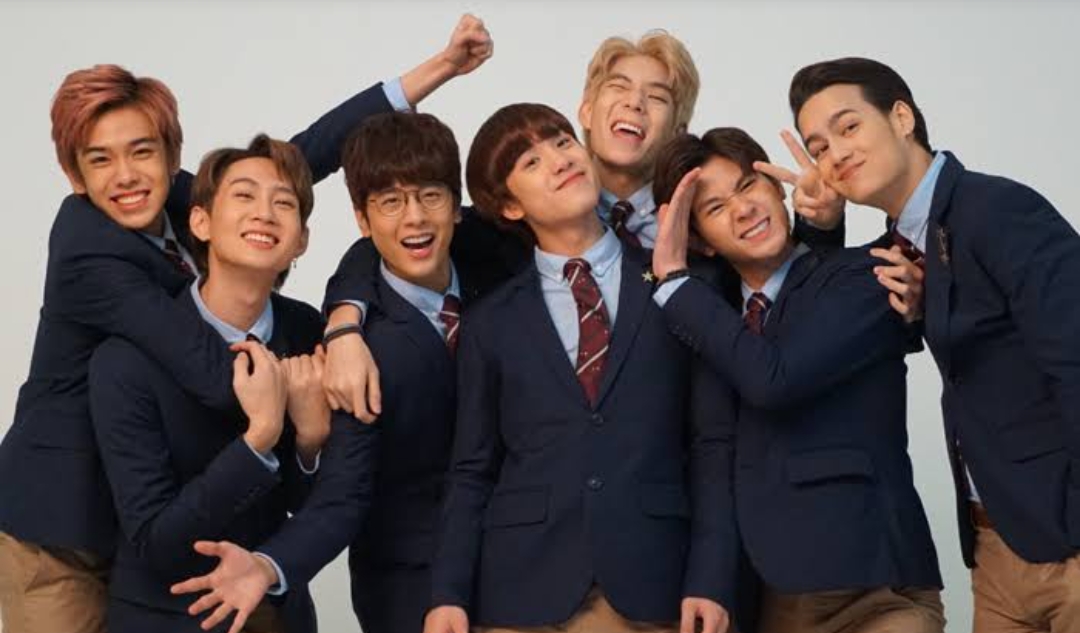 ‘Great Men Academy’ is probably the sweetest BL fantasy drama that includes comedy, fantasy and enough candies to get you diabetes. The show is about a sassy high school girl, Love, who has always been crushing over this popular guy named Vier. However, there is no way she can get close to him as he studies at the Men Academy. A turn of events takes place when she comes across a magical unicorn, that apparently has the ability to fulfil wishes. Of course, Love makes a wish to get herself a chance to get close to Vier. However, her words get misinterpreted by the mystical unicorn as she wakes up the next day only to find herself as a guy.

You are going to love this energetic and fast-paced series if you are looking for something light and full of fun. It’s not for you if you are expecting something intense and sentimental from it. 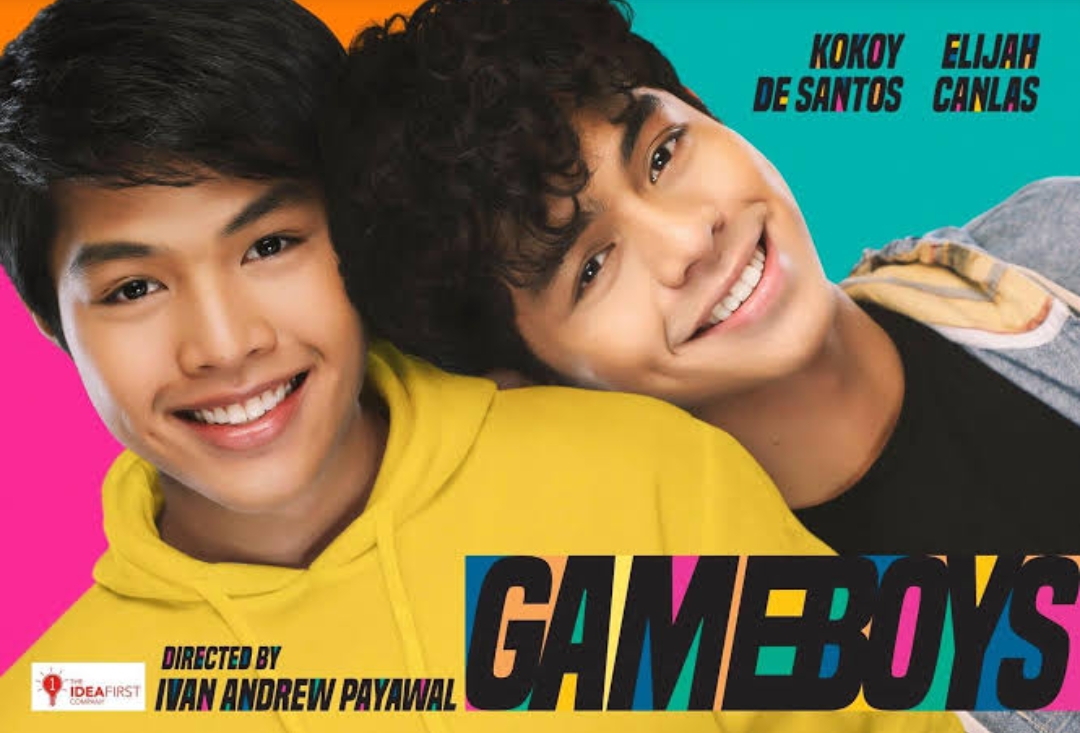 The series has been set during the COVID-19 pandemic, covering the effects it had worldwide, primarily in the Philippines. Naturally, the government imposes mandatory lockdown in the country and the main characters, Cairo and Gavreel, has to spend the majority of their time staying in their rooms. Cairo is a teenager and a self-proclaimed gamer who regularly does live broadcasts, amassing quite a lot of followers. On the other hand, Gavreel is a cheeky and cheerful boy who develops a crush on Cairo watching his live streams. Cairo gets surprised when Gavreel video calls him and asks him out.

The drama touches a lot of sensitive subjects including mental health, forgiveness and guilty conscience. An online love story can be very fragile and if it is between two guys, the odds usually don’t stand in their favour. 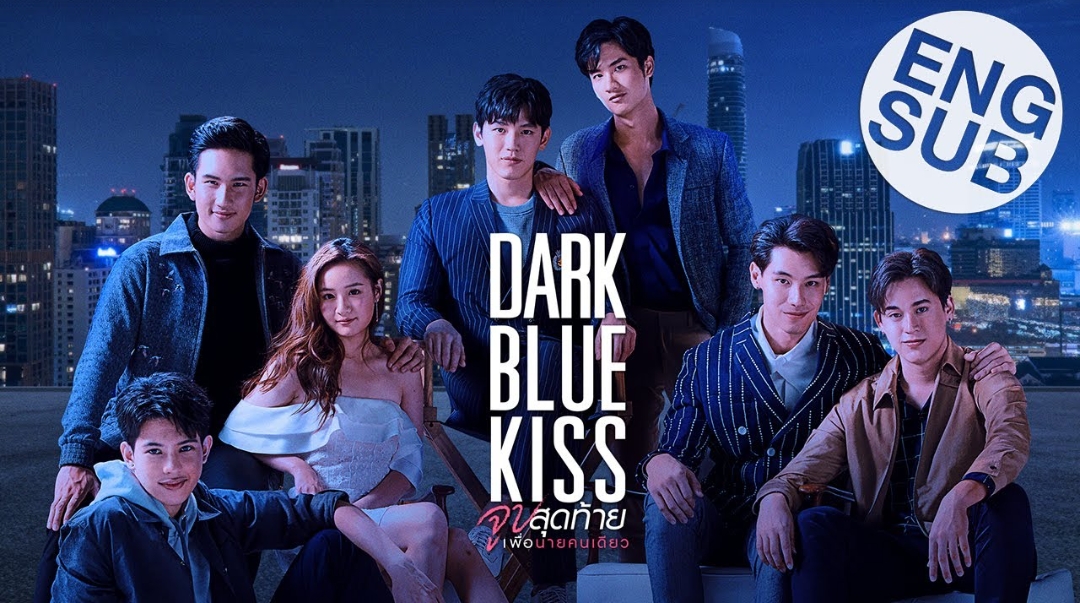 The show marks the third installment in the Kiss series and is a direct sequel of ‘Kiss Me Again,’ continuing the story of Kao, Pete, Sun, and Mork. The third season showcases how, even though the relationship between Kao and Pete has grown stronger, they are still keeping it within covers, with Kao always being at the edge of getting found off about their relationship by his mother. Among all of these, Kao’s mother asks him to tutor Non, the son of her boss. When Non starts to get attracted by Kao, Pete’s jealousy fuels up and soon, the jealously and secrecy starts putting a strain on their well-thriving relationship.

Meanwhile, Sun tries to let go of his unrequited love with Kao, and with time, he begins to care about Mork, despite their constant clashing. The series successfully manages to deliver a realistic view of how the love of a young gay couple tested from a socio-economic aspect. 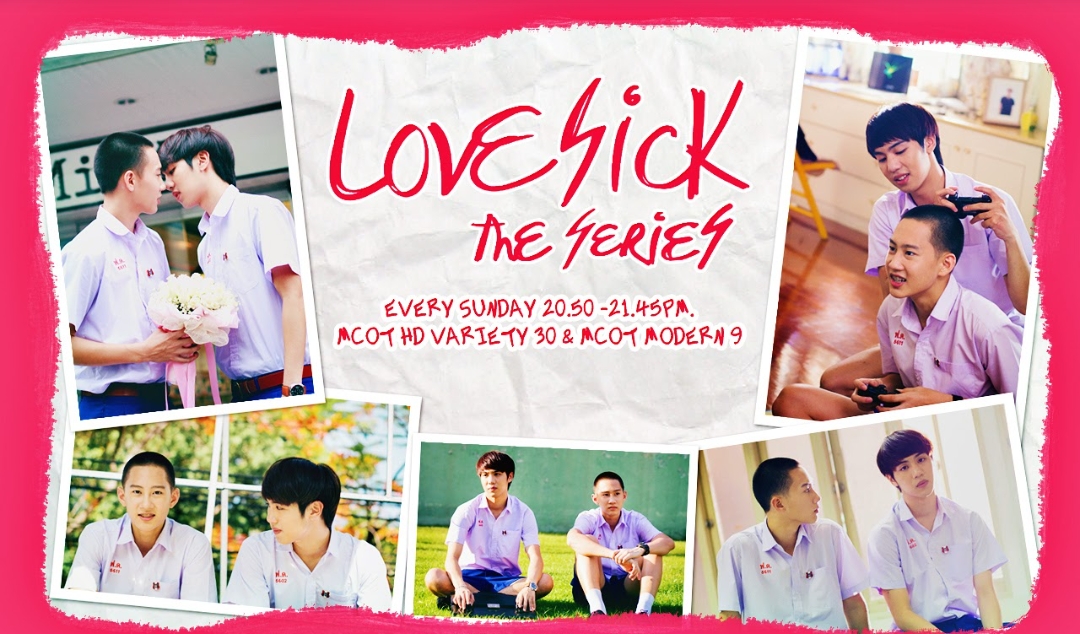 The show has taken inspiration from the online Thai novel by INDRYTIMES title, ‘LOVE SICK: The Chaotic Lives of Blue Shorts Guys,’ which revolves around two young boys named Phun and Noh whose lives get intricated together by fate. Phun is already committed to a girl when his father asks him to start dating the daughter of his friend. In order to get away from the situation, he fakes being gay in front of his little sister, Pang, and asks her to support him in front of their father.

On the other hand, Noh struggles to raise funds for his school club without which he will get into huge trouble. Phun takes advantage of his situation and offers Noh to pretend to be his boyfriend in front of his father. Little did they know that they will end up catching feelings for each other eventually. The series has paved the way for several other spinoffs and sequels. ‘Love Sick’ navigates the journey of two 17-year-old teenagers in school falling in love and the conflicts that came with it. 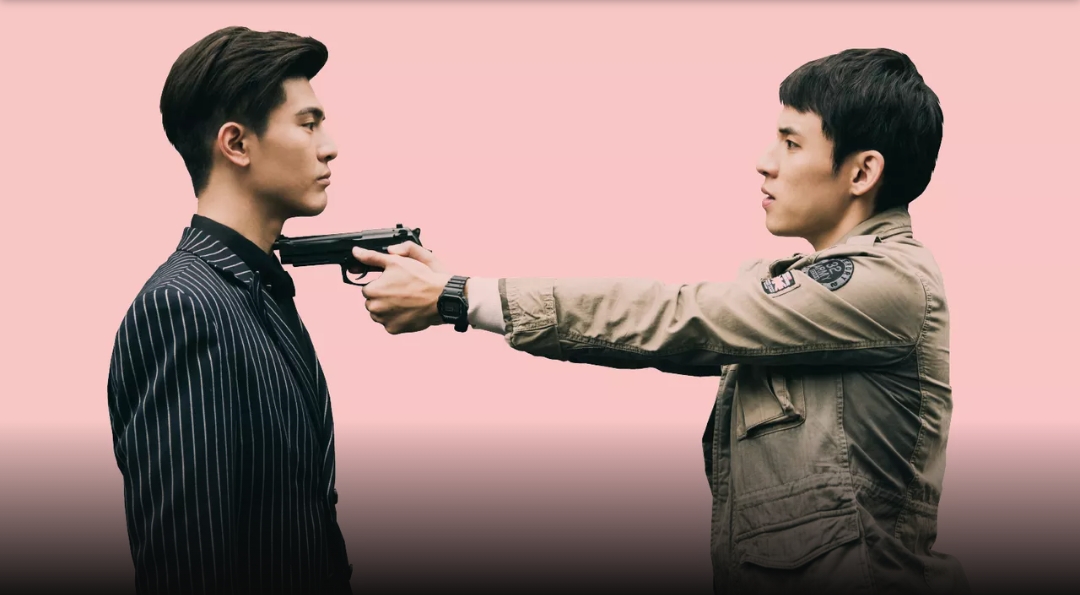 The story follows the love story of an enigmatic and ruthless gang leader, Tang Yi and an honest police officer named Meng Shao Fei. While Tang Yi is determined to avenge the death of his former leader who was killed in a gunshot, bringing the killer out of his safe, Meng Shao Fei will do anything to know the truth behind this case, spending most of his time to track Tang Yi and his whereabouts. However, when Tang Yi and Meng are kidnapped together, they get bound to survive on a mountain, and it is then that their feelings for each other begin to change.

The interaction between the leads and the chemistry between them is top-notch. You should definitely watch it! The viewers of the show might also be able to get a sequel to this drama. 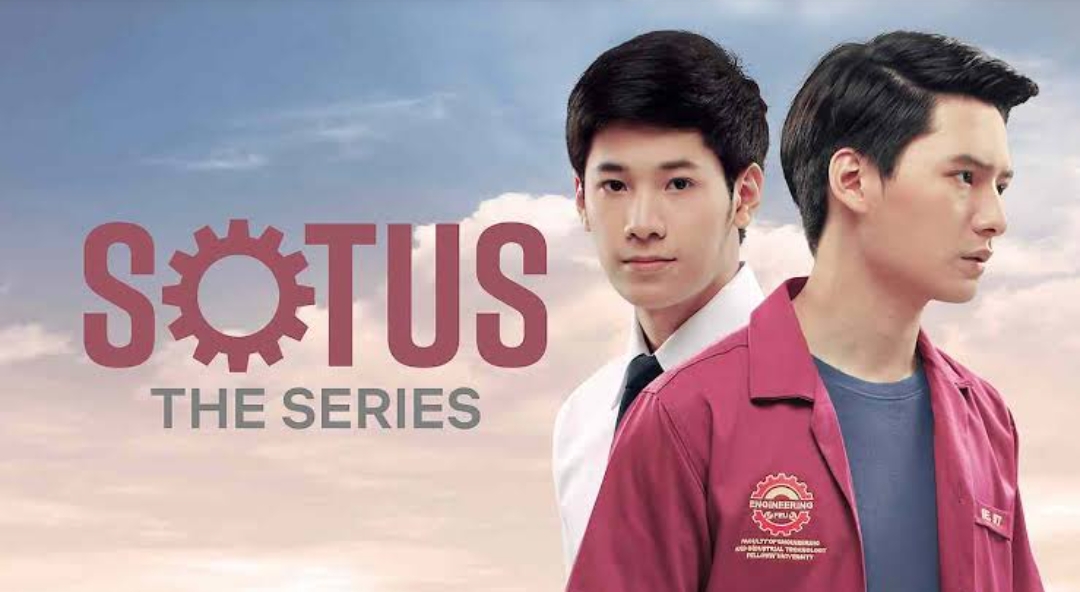 The show is an adaptation of a novel by BitterSweet going by the same name which narrates the story of a third-year student, Arthit, who is the head hazer in his university and takes advantage of his power provided by the S.O.T.U.S system, to bully the freshmen, making them do things against their wishes. Since the freshmen students are powerless, they do nothing to prevent their seniors from misusing their powers and are bound to fulfil every demand made by them.

However, everything changes when Kongpop comes into the picture who dares to stand against the seemingly unstoppable Arthit. Gradually, the constant complaining and bickering between the two turn into something much more affectionate through continual encounters. The acting performances of the cast are impeccable with the well-written story and amazing music score. You should definitely give it a chance if you love a story featuring character development. 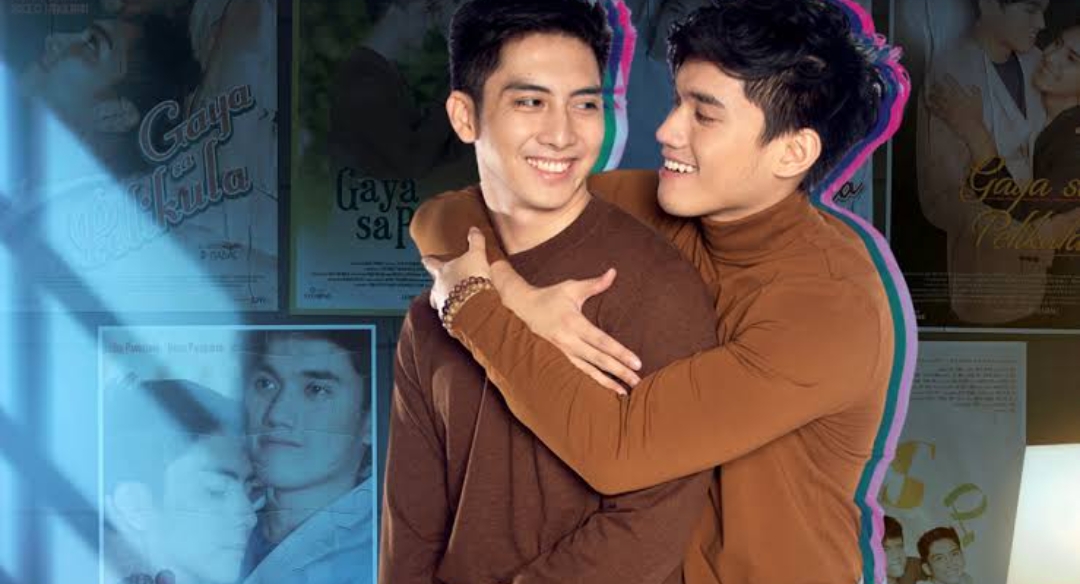 Like in the Movies aka GAYA SA PELIKULA narrates the story of a 19-year-old recluse architecture student named Karl who is suffering from an identity crisis. As per a family tradition, his parents send him away to live in his uncle’s condo unit, before he begins his second semester in college, in order to learn how to live alone. Karl takes up an unusual online job to meet his ends but ends up nowhere at the end. It is then that he meets his mysterious neighbour, Vlad, who is looked down upon by him due to his inconsiderate nature.

However, Vlad gets himself into an unconventional situation that forces him to hide from his family members and offers Karl to live together for the rest of the semestral break as housemates free of rent. One of the highest-rated BL dramas, ‘Like in the Movies’ is something you might not want to miss. It deals with the subject of self-exploration and makes sure that everyone comes with their own fears, flaws, hopes and dreams. 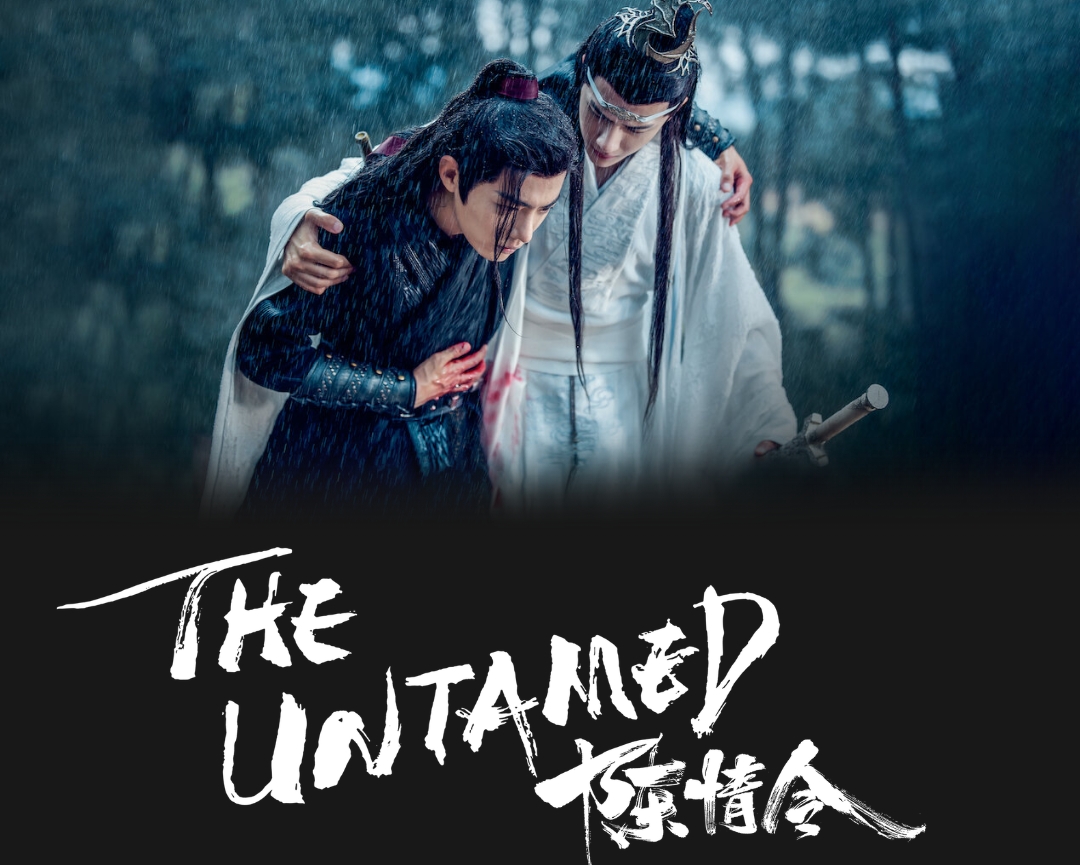 Inspired from a novel by Mo Xiang Tong Xiu titled, ‘Grandmaster of Demonic Cultivation, ‘The Untamed‘ revolves around two talented disciples of renowned clans, Wei Wu Xian and Lan Wang Ji, who comes across each other at cultivation training and discovers a long-hidden secret. The boys determines to protect the world, taking on their ancestors’ legacy, and get rid of the ominous threat. However, a turn of events take place and Wei Wu Xian has to die.

As a self-sacrificing ritual brings him back to life after sixteen years, he disguises himself in a mask and takes up the identity of the person who summoned him. Once again, he reunites with Lan Wang Ji in order to solve the mysteries of the present together along with unravelling those in the past. Although we do not get to see any confession or intimate scenes between the leads, making it a bromance drama rather than a complete BL, the chemistry between them is one of a kind. In spite of being exceptionally long, ‘The Untamed’ has managed to remain one of the highest-rated Chinese dramas, with an enchanting and magical story.