Swathi Muthyam, just like other Tollywood movies, is a light-hearted romantic comedy. The film was released on the 5th of October, directed by Lakshman K Krishna, and produced by Sithara Entertainments. The production house launched producer Bellamkonda Suresh’s son Ganesh with this film.

It had its theatrical release against Chiranjeevi’s ‘Godfather’ and Nagarjuna’s ‘The Ghost,’ which overshadowed the movie. Its initial release was scheduled for 22 August 2022 but clashed with two much-awaited films due to delays.

Swathi Muthyam’s OTT release will be done after its theatrical run. The film could not earn much at the box office because of clashing with two big movies but can still do well with more promotion and good reviews. The film is a light-hearted, fun, and entertaining family drama but lacks good music, which could affect its profit. The plot of the film may be less engaging, but it is suitable for a comedy watch.

Bala Murali Krishna is an adult with innocence overloaded. His innocence sometimes gets him into trouble. He works as an electrical engineer who is hunting for his life partner. His parents also want him to get married as soon as possible and start match-making for him. Due to his strict parents, it was difficult for him to marry a person of his choice.

His parents arranged a date for Bala, where he met Bhagyalakshmi and fell in love with her. After overcoming many obstacles in their love life, they convinced their parents to marry, but on their wedding day, an unexpected visit from a girl caused their wedding to postpone. The girl, Shailaja, appears with her nine-month-old son and claims that Bala is the father of the child. This surprise visit from an unknown girl stuns both the families, and they decide to call off the wedding.

The twist is introduced in the second half of the film, with Bala admitting that it is indeed his son. The rest of the film focuses on how he makes things right and marries Bhagi in the end. The film revolves around surrogacy and sperm donation, making it a light-hearted social drama.

Swathi Muthyam is a light-hearted comedy family entertainer whose storyline revolves around taboo topics of surrogacy and sperm donation. The inclusion of social issues in a light-hearted way makes the film easy to watch and entertaining. Such inclusions also help to remove the tag of taboo from sensitive subjects.

The movie is set in Pithapuram of Andhra Pradesh and is directed by Lakshman k Krishna. In the first half, the film moves at a slow and steady pace. Lakshman didn’t rush to introduce the characters with light comedy. The first half consisted of only character introductions and stories revolving around them, making the audience curious for the second half.

In the second half, Lakshman brings the twist, making the film more entertaining and engaging. He involved all the cast members in making it a comedy. He succeeded in introducing sensitive topics in his film in a humorous way. The movie’s plot was similar to many of the veteran hits but somehow different from them. The second half of the film is more dominant than the first.

Bellamkonda Ganesh did a remarkable job as a debutant. He succeeded in presenting the innocent personality of Bala Murali Krishna on screen. Despite his efforts to showcase Bala’s expressions, he still lacked and needs to work more on his skills. Varsha Bollama was effortlessly natural, as always, in her scenes. Besides these two, the audience will remember the role of Ganesh’s father, played by Rao Ramesh, because of Rao’s excellency in expressing the father’s feelings. 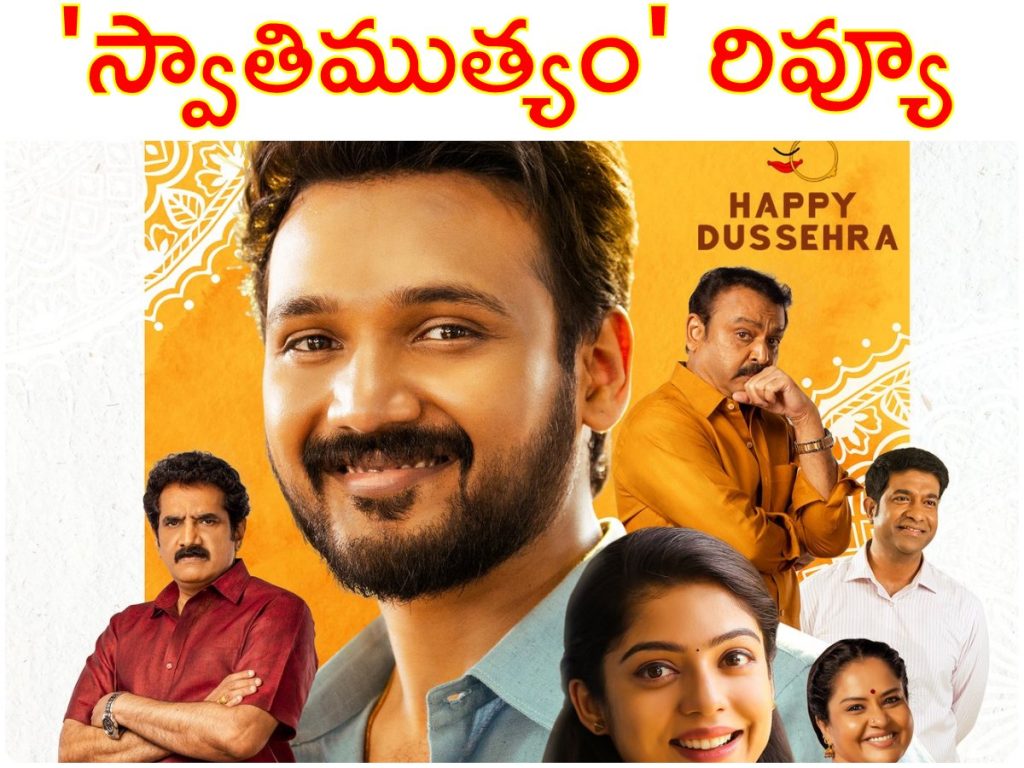 The film has a good start and moves steadily throughout the run time of 2 hrs 40 min. The twist has been neatly introduced in the story convincing the audience, and the scenes are made as realistic as possible. The first half is full of comedy and satisfying scenes.

Life in small towns and the culture are represented appropriately in the film. The surrogacy is introduced neatly and lightly so as not to confuse the viewers. The film is not overly dramatic and proceeds the story in fun so as to not bore the audience. The film ends on good terms and does not contain any kind of violence.

The music of the film is good, but it sometimes feels unnecessary. Some of the songs are pretty good, while some lack momentum. An increased amount of romance and comedy could have made the film more engaging. The music blends entirely with the story in the second half.

Another minus point for the film would be its high predictability. The film is predictable and has nothing new to show. The surrogacy scenes also seemed over the top, which could have been made more family engaging. Emotional scenes could have done great for the film.

Is Swathi Muthyam Worth Watching?

The answer is Yes! One should definitely watch Swathi Muthyam for a light-hearted comedy and family entertainment. The perfect run-time and humor make the film worth watching. You will leave with a smile after watching the movie in theatres.