Jackass 4 stars Steve-O and Johnny Knoxville injured on Sets, The Action Duo is sent to Hospital!

Jackass 4 stars Steve-O and Johnny Knoxville injured on Sets, The Action Duo is sent to Hospital!

Action movies and injuries are almost considered synonyms. While performing stunts and over-the-top action sequences, injuries are bound to occur if the movie crew does not measure proper care. The same fate has fallen upon the stars who are actually known for this kind of stunts, and the audience is still wondering, after all these years of watching them perform, “How they have still managed to stay alive?”

That’s the question that comes first to the mind if you are a fan of the classic MTV franchise “Jackass” and the stars featured in it, including  Johnny Knoxville, Spike Jonze, and Jeff Tremaine, who were known to perform unrealistic and over-the-top stunts on television. Many times their show was considered indecent and hazardous in nature. Hazardous for the stars and the viewers who were thought to be encouraged by this behavior.

After all these years of performing, fate has followed Steve O and Johnny Knoxville as the stars have been injured on the very second day of filming their fourth installment for Jackass and having the fans worry about them.

Here we are covering all the details about the star’s health and how it all took place.

The news broke out from the crew member Bam Margera who gave a brief update of what happened and what went wrong by posting a video on his personal website. According to the report, the stars were trying to jump on a treadmill while carrying musical instruments, which didn’t go very well.

In the video, Bam hysterically described how it’s the second day of filming Jackass and how Steve-O and Knoxville are already hospitalized by jumping on a full-speed treadmill with band equipment; Bam also talked about his own injuries quoting “Rock ‘n Roll” and how he has got scars too.

The news already seems normal, as, for years, the fans have watched the stars doing over-the-top measures for the show, which was probably nothing new for the dedicated fanbase. The fans and the audience know that performing this kind of measure and almost getting killed is part of the show’s makers’ concept. It is surprising that even after all these years of insane pranks, stunts, and risks, the duo still has managed to stay alive and push for a fourth sequel, which is nearly after a decade since Jackass 3D came out.

Although it is normal for a movie like this, it still arouses concern by the fans as the cast is almost 50 now, and still participating in this kind of stunt could lead to regular injuries, which might be fatal in nature.

Let’s hope the injuries are minor, and both stars are recovering well and will return to resume the shoot.

More about Jackass Franchise and the upcoming Jackass 4 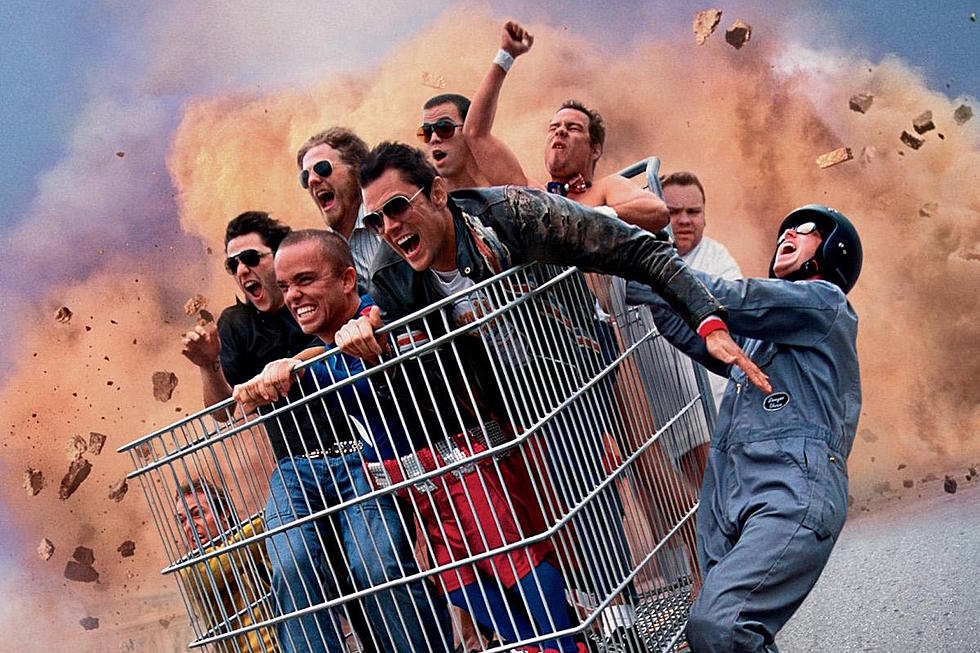 Johnny Knoxville, Spike Jonze, and Jeff Tremaine came together to create a reality show comprising pranks and stunts performed by the cast members on each other and occasionally on the public. The show was called “Jackass.”

Jackass ran on MTV for three seasons from October 1, 2000, to February 3, 2002. The show was dubbed as indecent, dangerous, and hazardous in nature and was also blamed for encouraging the audience to get involved in such acts. Even though the show always gave warning messages not to replicate the stunts at home, the makers were still blamed for several deaths claiming the dead person was encouraged by their show. The stunt-reality show faced a lot of backlash during its original run and was soon canceled in 2002.

Later, Jackass was developed into a movie franchise by Paramount Pictures, comprising five movies, including the upcoming Jackass 4. This will be the first movie to include Ryan Dunn, who was tragically killed in a car accident in 2011, and fans will feel his absence during the movie.

Jackass 4 is scheduled to release on 5th March 2021 and will follow the crew’s adventures from their past movies, including Jackass: The Movie, 2006’s Jackass Number Two, and 2010’s Jackass 3D.