by mahmadSohel Moldharia
in News
0

This year’s Jump Festa looks like its going in full force with one major announcement after the other. We have so much still to look forward to, but just the day 1 of Jump Has blown us away with the new trailers and information that we’ve been getting. I’m excited because there are lots of series that we’re looking forward to covering here at Otakukart, and I’m sure that you’re looking forward to that as well.

If you’re a Haikyuu fan, then you should certainly be excited today because Haikyuu’s return was just announced. I know that it has been years since you guys have wanted a Haikyuu season 4 announcement, but it is finally here. Here’s the PV if you haven’t had a good look at it already:

As far as the information on the return goes, we don’t really know when exactly it will happen. In my opinion, Haikyuu will most likely return in 2019. A kick-off event has been announced on September 22, 2019, but that’s not thefor the next season of the anime. At this point, we just don’t know, but maybe we’ll get more information on the show in the next few hours. A Key Visual for Haikyuu season 4 was also revealed, and it was very refreshing, to say the least. 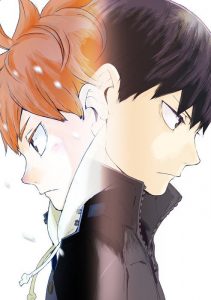 The next season has got all the fans of the series on their toes once again. Haikyuu season 3 aired back in 2016, and it had a total of 10 episodes. We don’t know how many episodes we’ll get in Haikyuu Season 4, but I hope it’s going to be more than just 10.

It must be noted that Haikyuu Season 4 is being labeled as a ‘new anime adaptation.’ This is confusing because we don’t know if it is a reboot or a continuation. People like Yonko Productions think that although it is being announced as a new anime adaptation, nothing is changing, which is quite strange, to be honest. But, we’re still looking forward to Haikyuu Season 4, and I hope you guys are too!