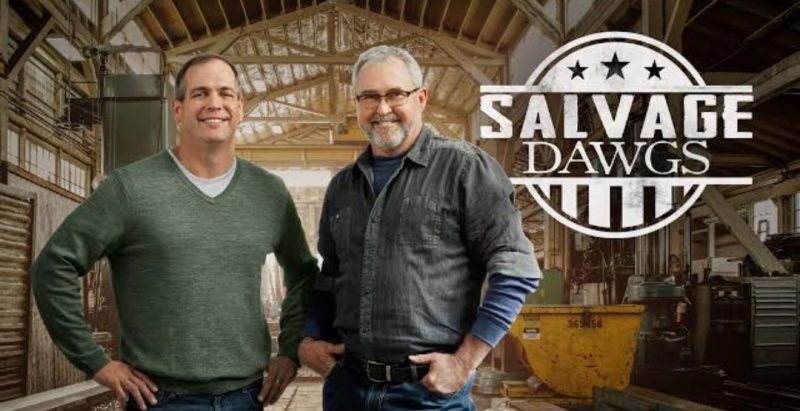 Salvage Dawgs us an American reality series, which first came out on 8 November 2012 on DIY Network. The show revolves around Black Dog Salvage that is a famous warehouse with antique and commercial salvages. The owners recover vintage pieces from monuments or other historical buildings and sell them at a profitable price. The salvage things include cabinets, old bricks, ceramic tiles, mantels, and so on.

There are various other shows as well, which focuses on the concept of restoration and mainly stick to cars or homes. However, taking the theme of salvaging is quite special. People on the show have to buy those things which are old and come when no guarantee. It has been a long time since the show is running and now fans are asking for a new season.

The storyline of Salvage Dawgs Season 12

The show revolves around the crew as they start the series by salvaging the Izard House that is a vintage cabin. They were able to recover a number of items like a box bay window, old popular wood, and stairwell.
Later they also salvage from luxury hotels, and over the season, the crew keeps on salvaging more items from vintage houses, restaurants, banks, and more.

The cast of Salvage Dawgs Season 12

The cast consists of members of Black Dog Salvage. The hosts of the show are Robert Kulp and Mike Whiteside. The other important casts include Grayson Goldsmith, Ted Ayers, and Tay Whiteside, who appear regularly on the show when Koiner Kulp and Susan Hudson.

The eleventh season of Salvage Dawgs was released on 4 November 2019 and had ten episodes. Regarding the twelfth season, we do not have any official announcements, and we think there is some time for it to get out. The last season got over just recently,, and we expect season 12 to come out in December of 2020.