The new team seven had finally recovered from the virus they had been infected with, in the latest chapter of “Boruto,” Mitsuki had prepared antibodies for them to recover as they regrouped for a new strategy. This manga had released its latest chapter on the 20th of December 2019 with the release of chapter 41. So in this post, we are going to talk about ‘Boruto’ Chapter 42time and where you can read it online. This post will contain spoilers, so if you don’t like them, you can just skip the spoilers section. 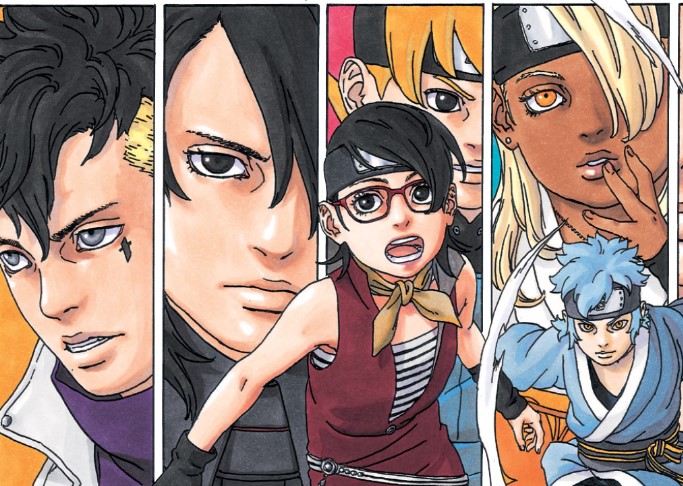 Sarada had finally revealed the secret behind Boro’s powers with the help of Mitsuki, and it turns out to be a virus created from a scientific Ninja tool. So Mitsuki had given everyone the antibodies as, and afterward, Sarada was chosen as the captain of the team as they move in for a counter-attack. Although Boro didn’t expect it at first, they cornered him and managed to land a fatal blow but only to be disappointed when his regenerative abilities saved him. With this, they prepared to launch their new plan that will also factor in dealing with Boro’s regenerative abilities.

When is Boruto Chapter 42 update?

Boruto usually releases its new chapters on a monthly basis on the 20th of each month. So VIZ media announced on its official website that chapter 42 is scheduled for a release on the 20th of January 2020, so we will be bringing you updates as soon as it is released. Make sure to visit our site regularly as we will bring you new content in case there are any changes and updates to the manga.

Where Can You Read Boruto Chapter 42 Online?

Boruto is officially serialized on VIZ Weekly shonen jump, and you can read its latest chapters for free as soon as they are released on VIZ media and Shueisha’s Manga plus official platforms. Raw scans for new chapters are usually released 2-3 days before new chapters are released, so make sure you use these official platforms to read your manga as this will help support the manga creators.

What Is Boruto Manga About?

Boruto came as a sequel to Naruto Shippuuden after it ended. The manga followed the lives of the next generation in the modern-day Konoha village with more development and scientific improvements. It is written by Ukyó Kodachi and illustrated by Mikio Ikemoto under Masashi Kishimoto’s supervision.

When is Boruto Chapter 43 update?

Boruto Chapter 43 will release on February 20, 2020. We will keep you posted as we have spoilers and updates.