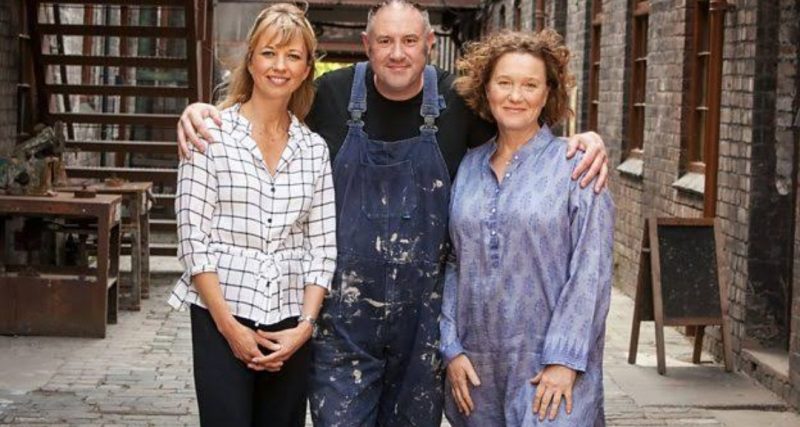 The Great Pottery Thrown Down

The Great Pottery Throw Down is similar to the show The Great British Bake Off. The show revolves around challenging a group of normal people to compete with each other and undertake a charming task. The show has now made its way to Channel 4.

When can we watch The Great Pottery Throw Down on TV?

The series can be watched on Wednesdays on More4. Every episode is repeated on Channel 4 on Sundays and also on More4 on Tuesdays. You can watch it even on All4, which is a catch-up service.

What is the story of The Great Pottery Throw Down?

The show features twelve amateurs competing against each other. The judges are Keith Brymer Jones and Sue Pryke, as they throw challenges towards the participants. In the third episode of the show, we see the potters tackling raku firing.

The show is much like a zoo with pairs of foxes, penguins, elephants, and ducks who are being sculpted from clay by the amateur potters. Then the figures are fired using very high temperatures, flames, and explosions.

Who appears on The Great Pottery Throw Down?

Sara Cox appeared as the host of the show, but now we have Melanie Sykes. The potters in 2020 that appear are Clarie, Flea, Jacob, Kit, Leonard, Matt, and so on. Fans are very excited to see what comes on the show ahead. The tasks and how the potters undertake them are worth watching along with the troubles they face and as they tackle the situation.