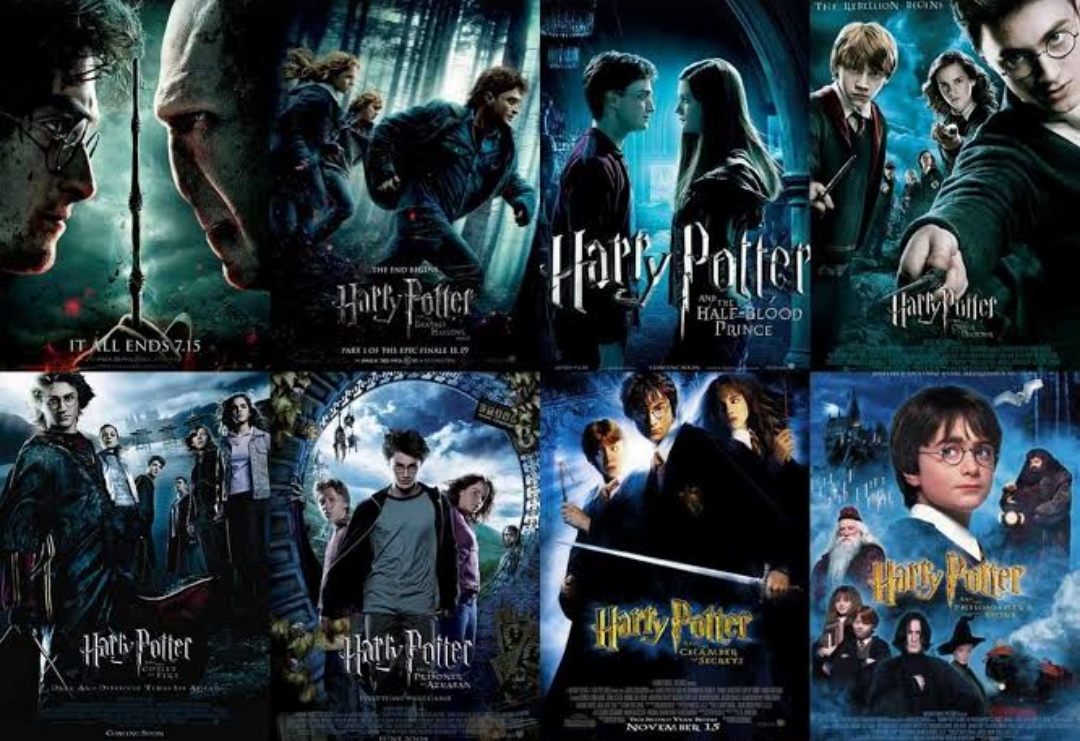 Whether you prefer the books or the movies, you cannot deny the impact that the Harry Potter franchise has left on the viewers even after a decade of its wrap up. Adapted from the bestselling series of seven novels by J.K. Rowling, the movies have succeeded in bringing into life the mystical and the incredibly detailed world of Hogwarts on the screen, in such a way that the Potterheads are till this day waiting for the arrival of their Hogwarts letters.

After binge-watching the movies several times and memorizing all the spells starting from ‘Wingardium Leviosa’ to ‘Avada Kedavra,’ people tend to look for movies to watch with someone sharing a similar taste, bearing themes that can take them into a world of fantasy. So here we have created a list of fifteen movies that you can watch this Valentine’s Day with your loved ones, who is also a fan of Harry Potter, magic, and odds-defying protagonists. 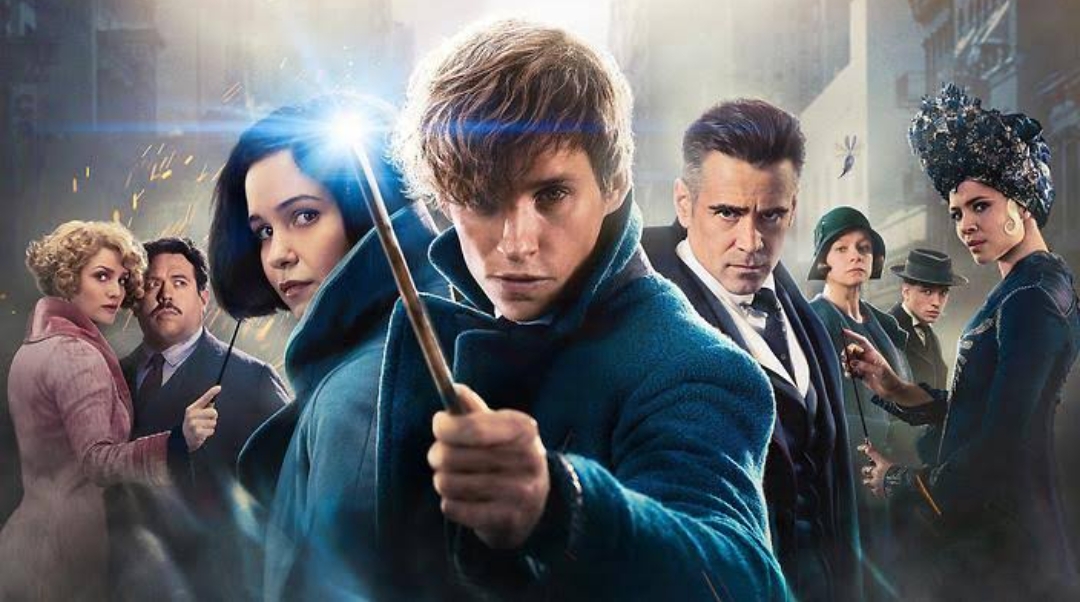 Series Info: The spin-off as well as the prequel to J.K. Rowling’s Harry Potter film series, ‘Fantastic Beasts’ follows the story of Newt Scamander, who is a quirky magizoologist, along with showcasing the little-known origin tale of one of the greatest wizards of all time— young Albus Dumbledore, who mentored Harry in his early days and was even feared by Lord Voldemort (if you have watched the Harry Potter series you must be knowing about it). The franchise has already given us two movies, with the third one scheduled to premiere in 2021. You can watch the series of Fantastic Beasts on Amazon Prime Video. 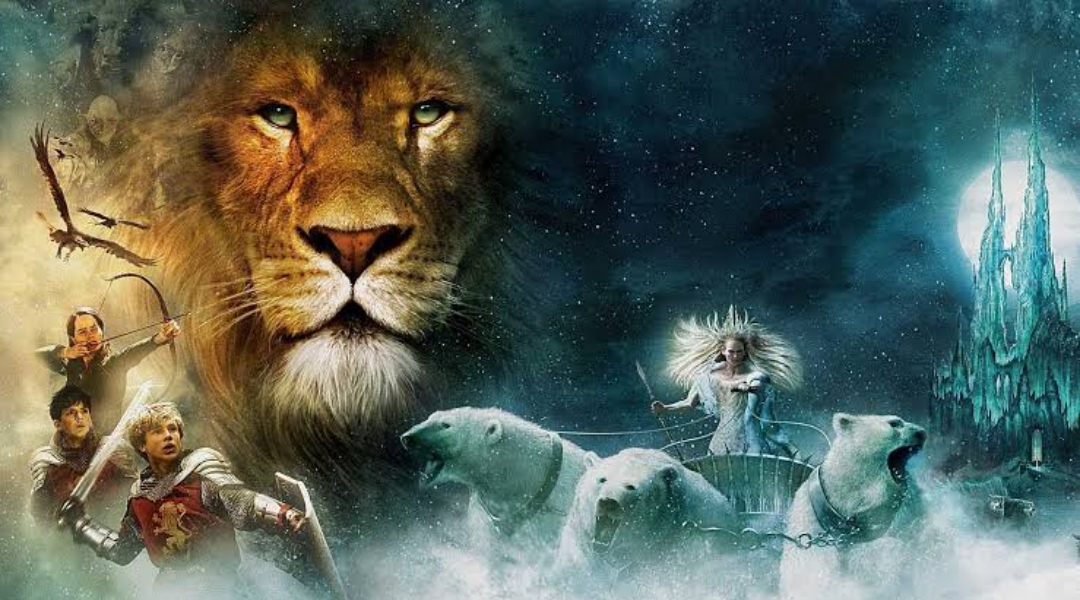 The Chronicles of Narnia Trilogy

Series Info: Adapted from three of a series of seven books written by C. S. Lewis, titled ‘The Chronicles of Narnia,’ the movies centers on the adventures of four British Pevensie siblings, who discovers a mysterious wardrobe leading to a world full of fantasy, known as Narnia, containing several evil witches as well as friendly fauns, with a handsome prince and a noble talking lion. The movies are available to watch on Disney+Hotstar. 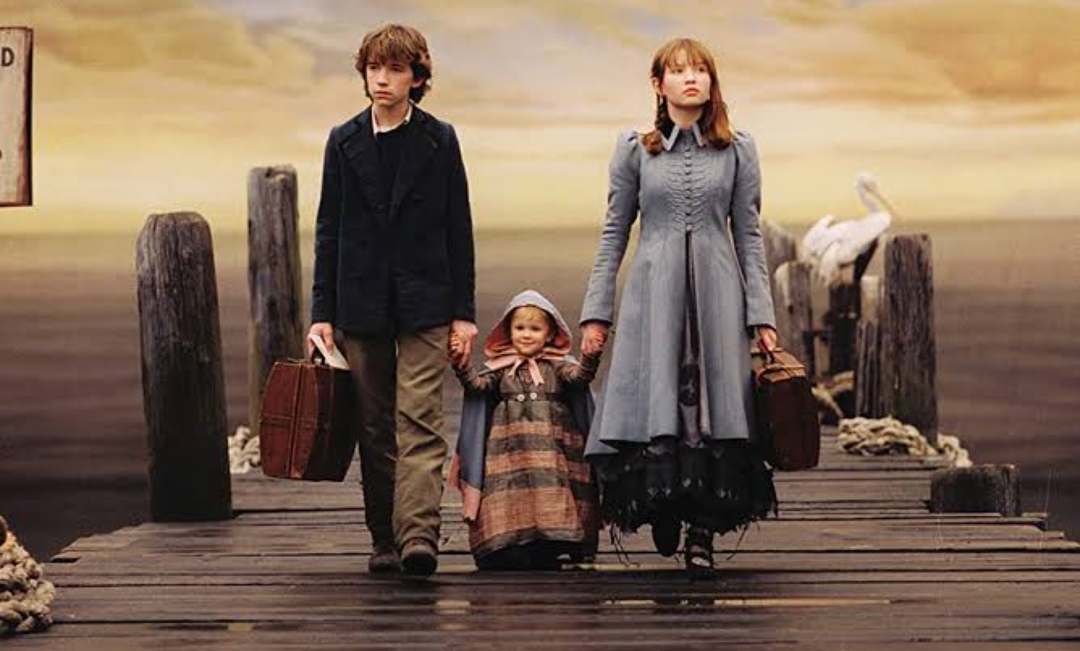 Series Info: This gothic black comedy has been inspired by the novel series by Lemony Snicket, titled the same as the movie, which covers the first three of the thirteen books— ‘The Bad Beginning,’ ‘The Reptile Room’ and ‘The Wide Window.’ The movie revolves around three wealthy Baudelaire siblings, orphaned, bouncing from one capricious attendant to another; simultaneously, the children try to escape from the wicked hands of Count Olaf, their distant relative who is determined to own their enormous fortune. You can watch the movie on Amazon Prime Video. 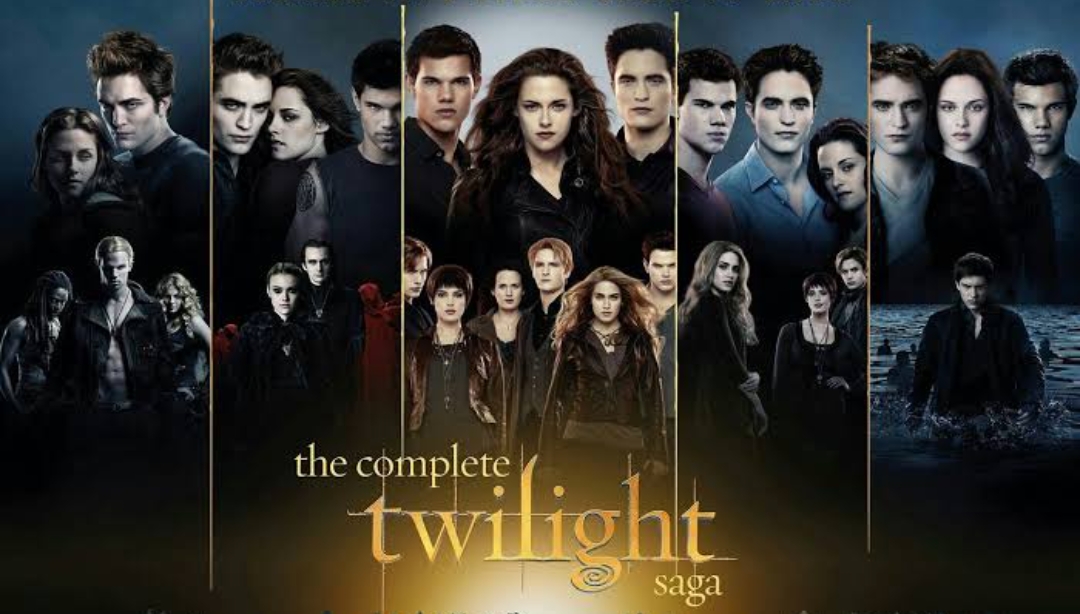 Series Info: Inspired by Twilight novel series, penned down by Stephenie Meyer, it would have been bizarre if we would not have included this series in the list, knowing fully well that Robert Pattinson has been an important part of the fourth Harry Potter movie titled, ‘Harry Potter and the Goblet of Fire’ as Cedric Diggory. However, the legendary role of Edward Cullen in The Twilight Saga brought him the success that he deserved. Edward’s forbidden love, who is a vampire, and Bella, an ordinary human, has been portrayed in the form of five films, and their fantasy romance is still something people would love to watch. You can watch the series on Netflix and Amazon Prime Video. 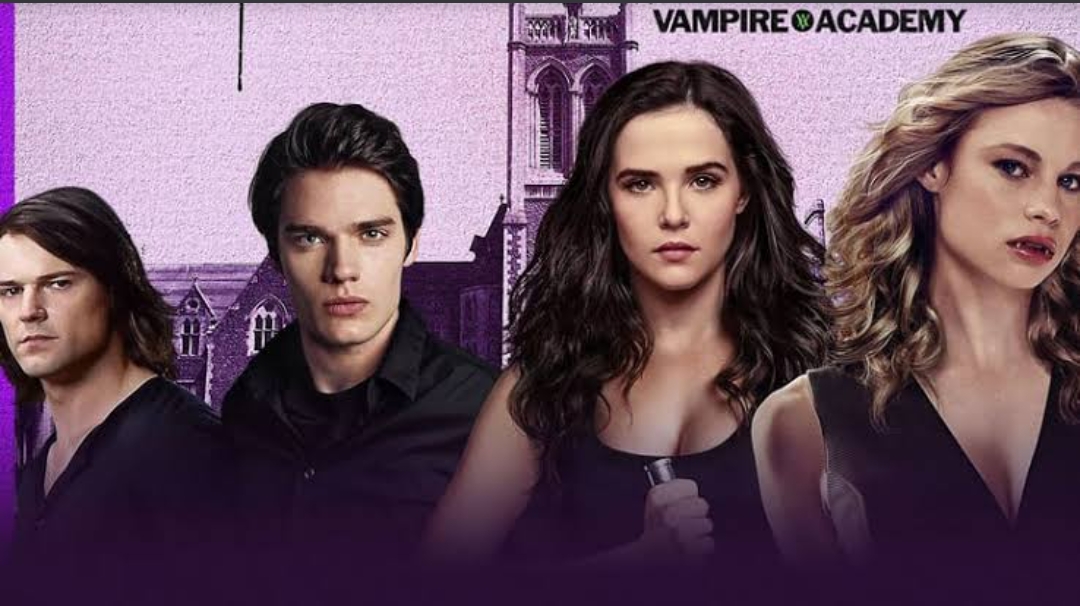 Series Info: This fantasy comedy horror movie has been adapted from the best-selling novel of 2007, written by Richelle Mead, bearing the same title. The movie featured Zoey Deutch as Rose Hathaway, who is a half-vampire and half-human, attending the St. Vladamir’s Academy with Lissa Dragomir, who is a princess of the Moroi vampire, as her best friend and bodyguard. However, St Vladimir’s is a place where the girls should pull through a world of forbidden romances, a cruel social scene, as well as frightening night time rituals to stay alive. The movie is available to stream on Netflix and amazon Prime Video. 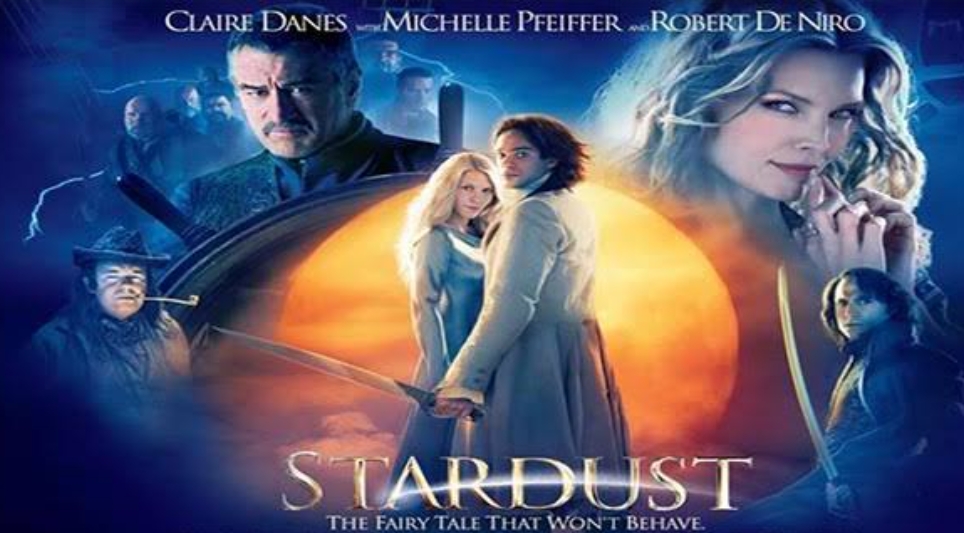 Series Info: Adapted from the 1997 novel by Neil Gaiman, having the same name, this romantic fantasy adventure follows the adventures of a young man called Tristan, who goes into the kingdom of Stormhold, which is a world full of faeries, to hunt a fallen star with the hope of impressing his love. However, a chain of circumstances takes place, making Tristan protect a magical woman, from the evil eye of a king and a vicious watch. You can stream the movie online on various platforms, including Disney+ Hotstar, Amazon Prime Video, and Netflix. 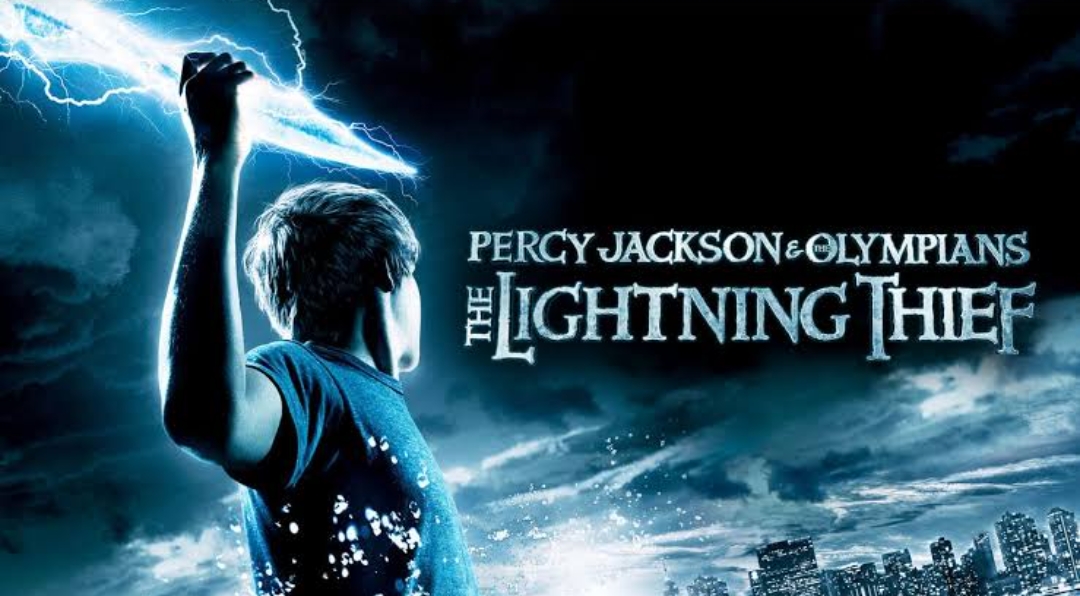 Series Info: Adapted from Rick Riordan’s novel series bearing the same title, the movie series consists of two overall installments. It highlights the deeds of Percy Jackson, a demigod, and his allies at Camp Half-Blood’s demigod training ground. In the first movie, Percy goes on a mission to safeguard his mother’s life and prove himself innocent after being accused of taking away Zeus’ lightning, wh. In contrast, in the second film, he has been shown recovering the renowned golden fleece from the Bermuda triangle or the Sea of Monsters, which bears the capability to save the camp from dark forces.

Charlie and the Chocolate Factory (2005) 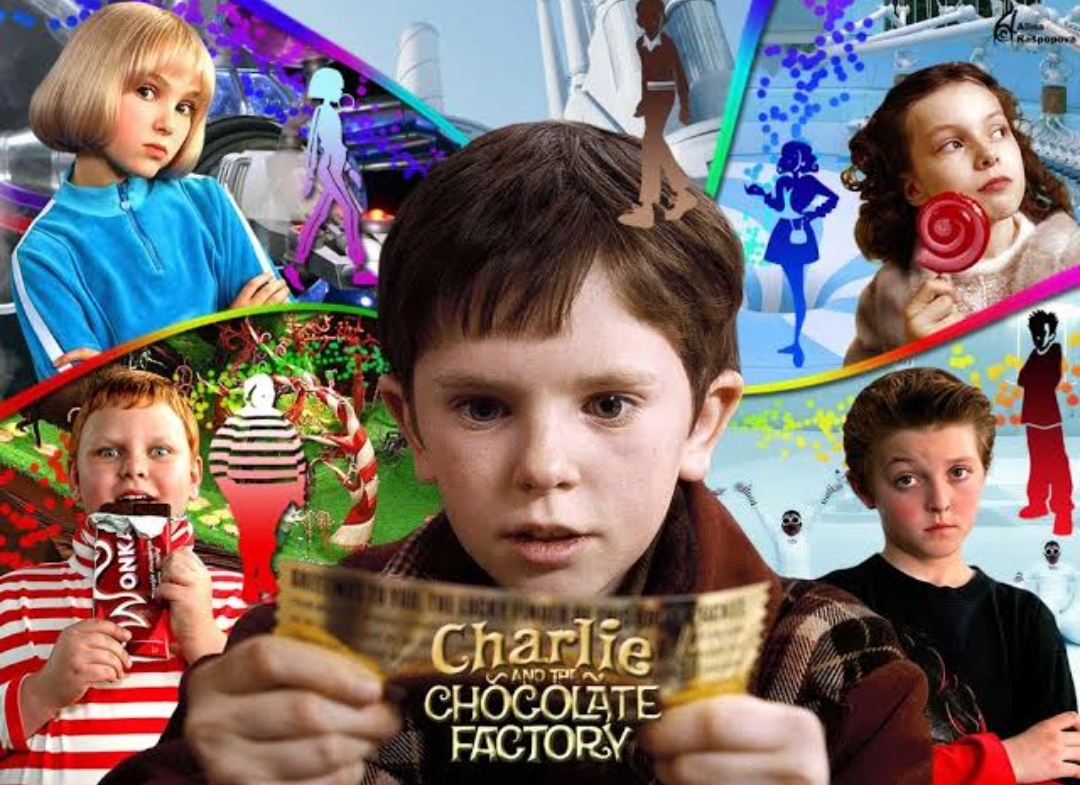 Charlie and the Chocolate Factory

Series Info: Adapted from the British novel titled the same as the movie, written by Roald Dahl, this classic musical fantasy film features Johnny Depp as the owner of a chocolate factory, as Willy Wonka, and five young children, who win the chance to experience a fantastical and rare visit to the factory, after getting a golden ticket inside one of the candy bars. The protagonist of the story, Charlie Bucket lives in poverty close by the Wonka Factory and his family. The movie is available to stream online on various platforms including Netflix, Prime Video, and Vudu. 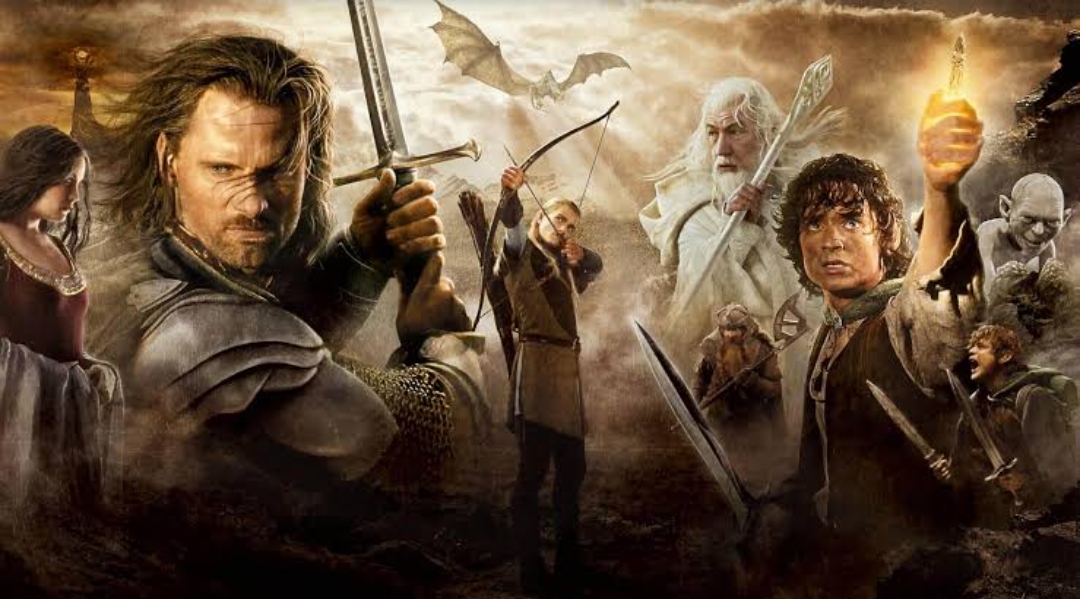 The Lord of the Rings Trilogy

Series Info: Often compared to the Harry Potter movie series, the movie has been adapted from the fantasy novels by J.R.R. Tolkien, which were published decades before Harry Potter books came into existence. The movie is set in Middle-earth’s fictional land, where a hobbit called Frodo Baggins and his noble Fellowship battles against the Dark Lord Sauron and his creation, the sinister ‘One Ring.’ The trilogy has been one of the most ambitious and biggest film projects of their time, with an estimated budget of 281 million dollars. The Lord of the Rings was financially successful and critically acclaimed and went on to win numerous nominations and awards. 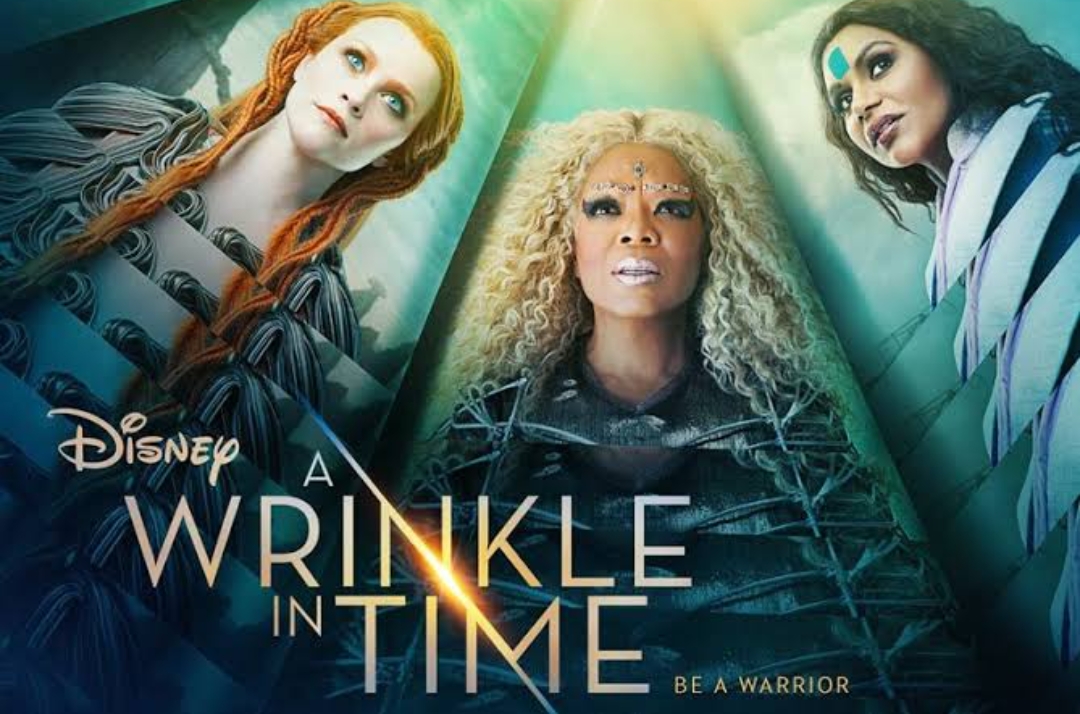 A Wrinkle in Time

Series Info: Adapted from the 1962 novel by Madeleine L’Engle, bearing the same name, this movie is the second adaptation of the novel, the first one being a television film of 2003. The story is basically about a young girl who, along with two astral travelers— Charles Wallace, her brother, and Calvin, their friend, who goes on a quest to look for Meg’s scientist father. Although the movie did not meet the critics’ expectations and the spectators, it received praise for promoting female empowerment and diversity. You can watch the movie on Amazon Prime Video as well as on Disney+ Hotstar. 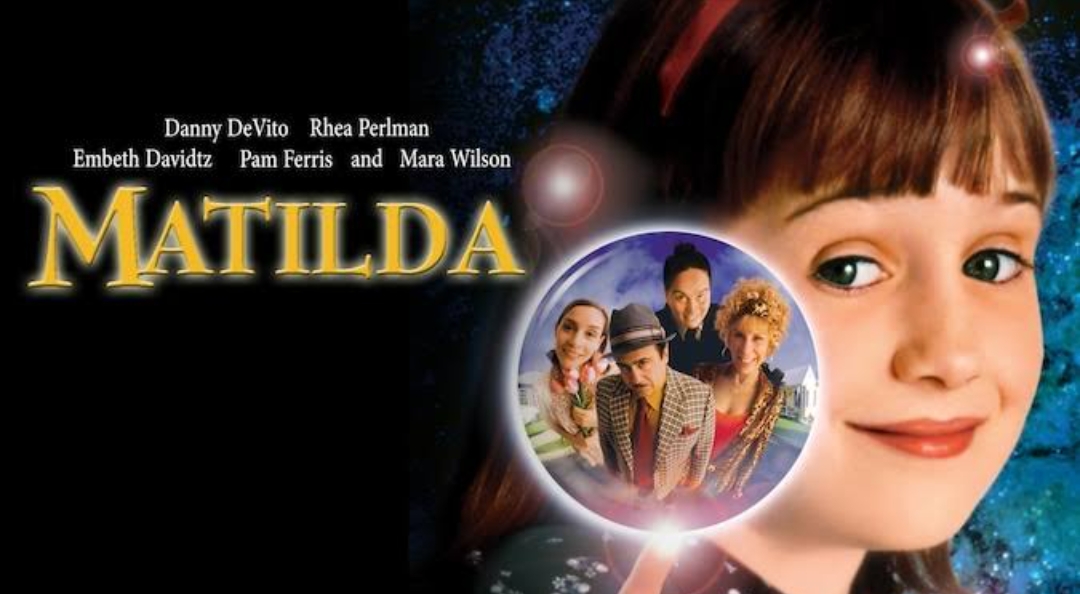 Series Info: Adapted from Roald Dahl’s novel bearing the same title, the movie narrates the tale of a young genius girl, called Matilda Wormwood, living under the evil eye of the tyrannical and ruthless Agatha Trunchbull, the headmaster of Crunchem Hall Elementary School, and her indifferent parents. She comes to know about her possession of psychokinetic abilities, which she utilizes for fighting back against her principal and her parents. In case you haven’t yet watched the movie, you can stream it online on Amazon Prime as well as on Netflix. 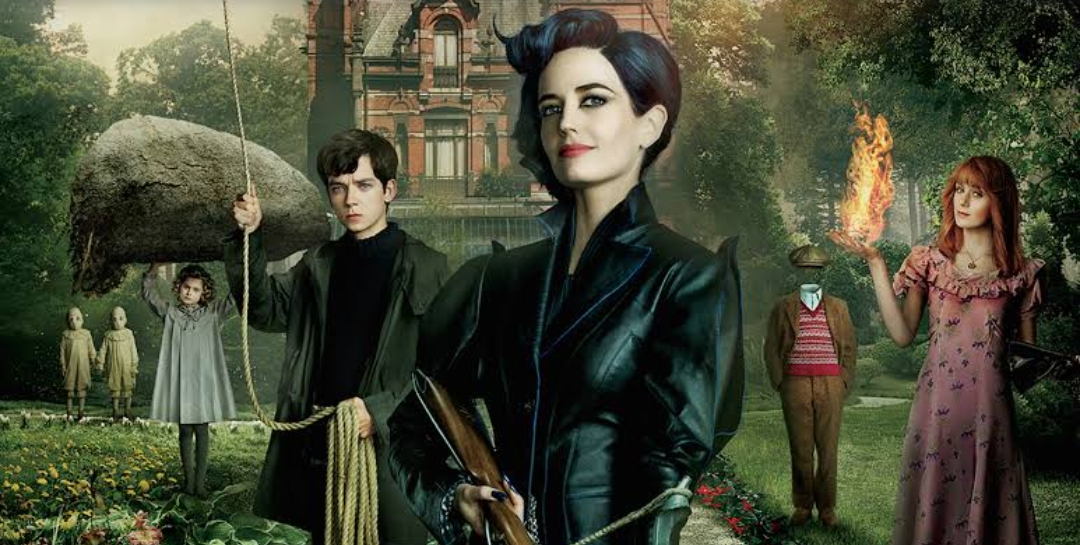 Series Info: Inspired by the 2011 novel by Ransom Riggs, bearing the same name, the movie follows a teen named Jacob who comes across a magical school titled ‘Miss Peregrine’s School for Peculiar Children.’ He meets several children there, possessing special powers and skills, however, soon, things take a turn, and he becomes entangled in complex mysteries involving various worlds and time zones. The movie is available to stream online on various platforms including Prime Video, Netflix, and Vudu. 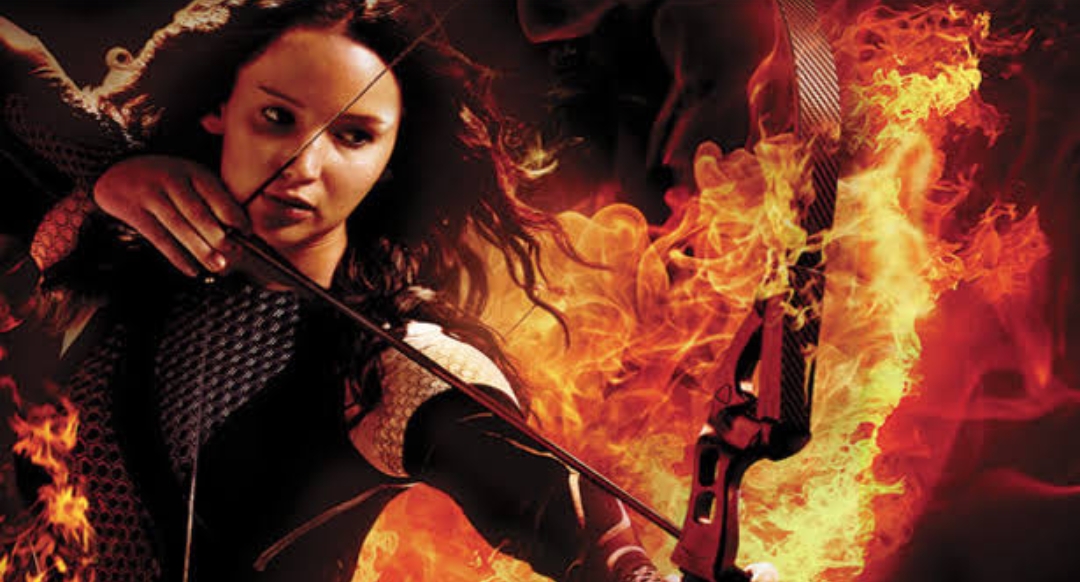 Series Info: Inspired by The Hunger Games trilogy of books, penned down by author Suzanne Collins, the Sci-Fi dystopian adventure film series follows several teens fighting to save their lives rectify the wrongdoings of the adults who made the mistakes. The protagonist of the story, Katniss Everdeen, joins Panem’s national competition known as ‘Hunger Games,’ a televised event that finds her dented against the nation’s children as they fight to survive the death to become the sole survivor of the games. You can watch the entire series of films on Amazon Prime Video, Hulu, Sling, and YouTube TV.

All Movies From The James Bond Franchise: Ranked 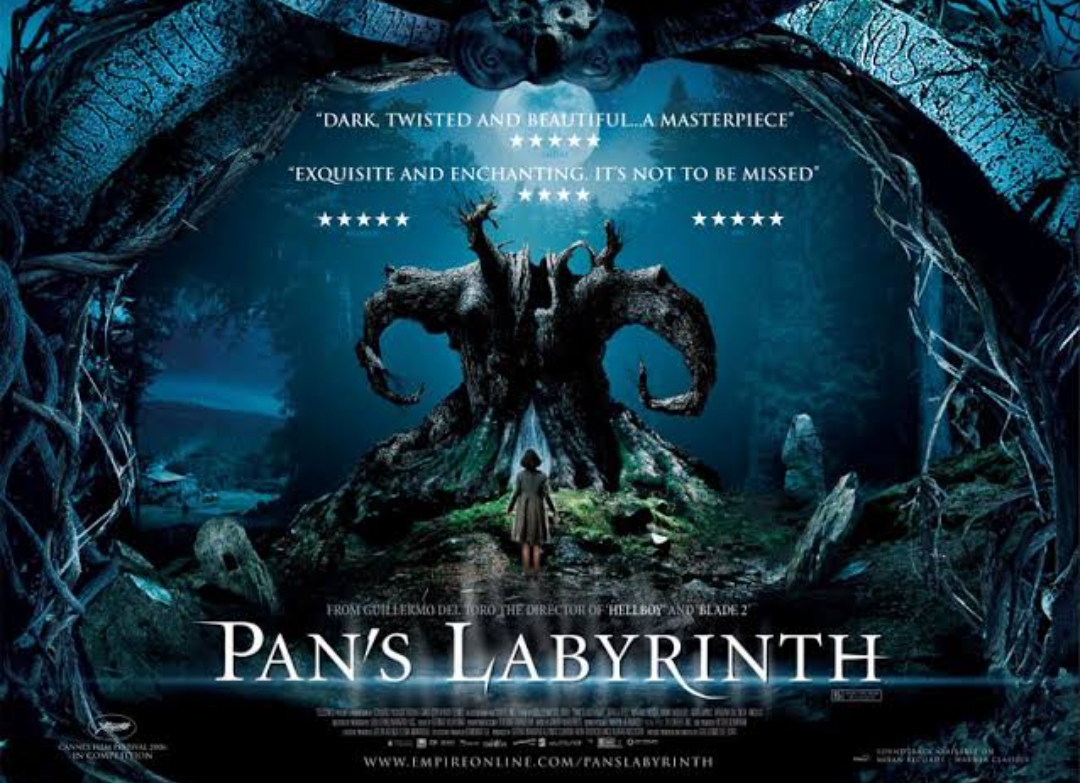 Series Info: ‘The Labyrinth of the Faun,’ the Spanish-Mexican dark fantasy movie has been set five years after the Spanish Civil War that took place in 1944. The movie revolves around a young girl called Ofelia, who comes across a mythical faun, who tells her that she can turn into the princess of the underworld, if and only if she completes three deadly operations. Pan’s Labyrinth has made use of make-up, CGI effects, and animatronics to inanimate its creatures. If you are looking for a platform to watch this movie, you can stream it online on Netflix or Prime Video. 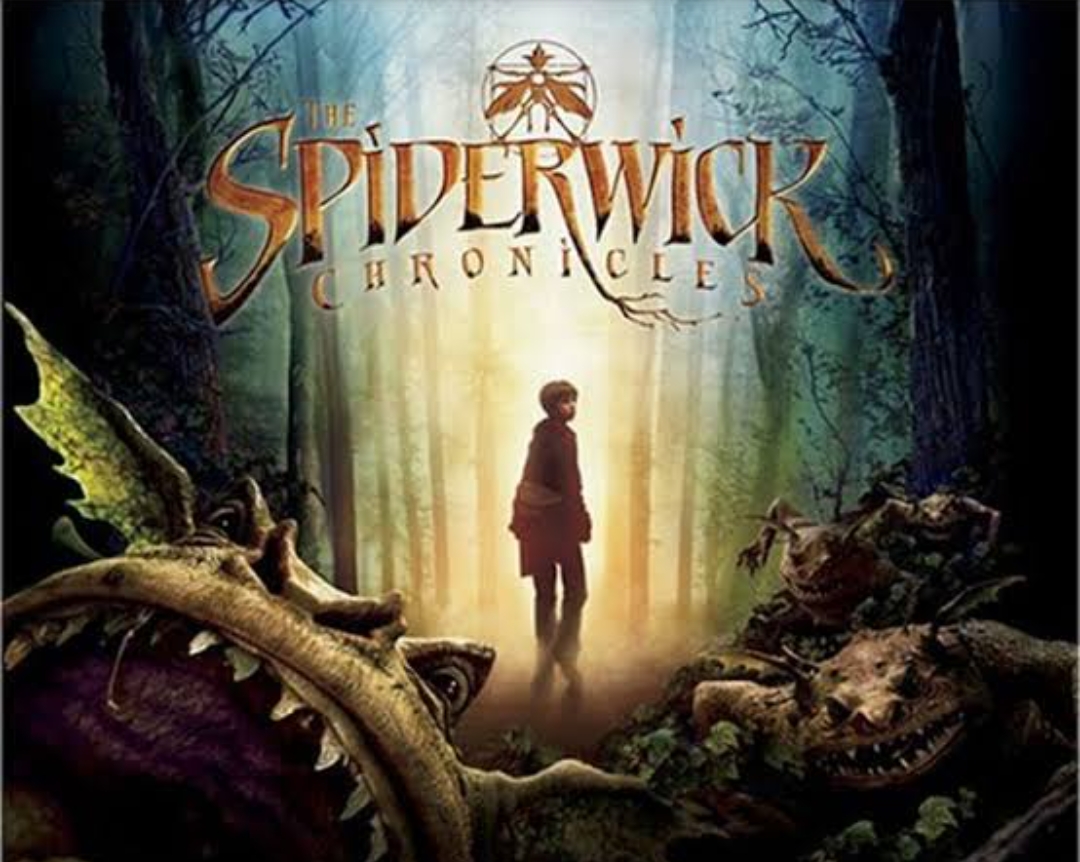 Movie Info: Inspired by the novel series written by Tony DiTerlizzi and Holly Black, bearing the same title, this fantasy adventure movie has been set in the Spiderwick Estate located in New England, which revolves around three children who come across a field guide to fairies, while running into several magical creatures including ogres, brownies, goblins, hobgoblins, trolls, and boggarts. The movies are available to stream on Netflix and Prime Video with any subscription.