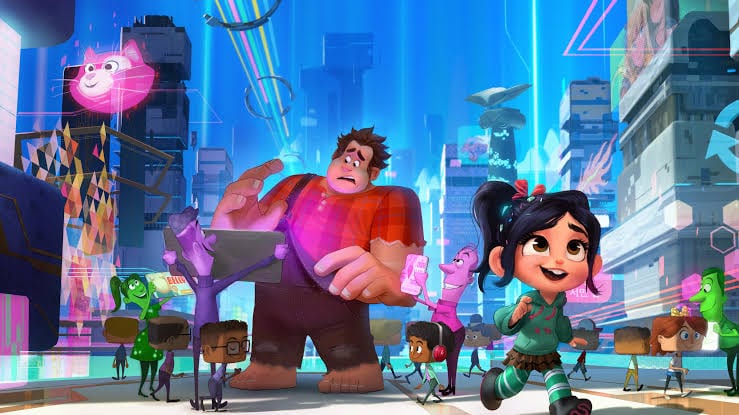 Ralph Breaks The Internet that comes from the house of none other than Walt Disney Animation Studios’ is an animated adventure video-game (sequel to 2012 Wreck-it-Ralph) that follows the story of bad guy Ralph (voiced by the artist John C. Reilly) and his partner-in-crime Vanellope Von Schweetz (voiced by Sarah Silverman). Ralph Breaks the Internet became the second biggest Thanksgiving opening in history, and it stood at the top place in the domestic box office for three weeks. The total number of earnings made by the movie was $435.1 million.

Ralph Breaks The Internet is directed by Rich Moore and Phil Johnston and is produced by Clark Spencer. It was a fresh welcome to the characters of 2012, John and Silverman.

Ralph Breaks The Internet is the sequel to 2012’s Academy Award-nominated movie. It deals with the story of the two partners-in-crime where they embark on a journey to the fast-paced world of internet. The movie is all about action, the attempt to save Vanellope’s game which is called Sugar Rush.

And if you are wondering that’s all that you are going to get, you are so wrong about it. You will be taking home a whole bunch of extras, behind the scenes at Disney Studios, comic-cat videos to Slaughter Race, etc.