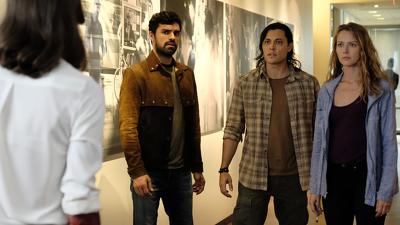 Hey everyone! In this post, we’ll be talking about The Gifted TV series. You all probably know that it’s been a while since we’ve got an episode of The Gifted. Even though the break wasn’t that long, it sure felt like a frustrating one, but all that’s over now. We’re finally getting another episode of The Gifted later tonight.

The Gifted returns with Season 2 Episode 14 called ‘Calamity’ later tonight, and that’s exactly what we’re here to talk about today. I this post, we’ll be talking about where you can when the episode, when you can watch it, and also, what we know about the episode, spoiler-wise.

So, this would be a good time for those of you who don’t want to get spoiled to click away. This post does have some spoilers from the upcoming episode, so please continue only at your own risk. With that out of the way, we can get started.

The Gifted Season 2 only has two more episodes left now. The penultimate episode airs today, and it seems it’ll be far interesting than we thought it would be. Here’s the official synopsis for the upcoming episode:

“When one of the Inner Circle goes missing, Reeva intensifies security in their compound but realizes that her plans may have already been exposed. Furious and paranoid, Reeva resorts to violence. Caitlin and Reed consider using the serum to restrict Lauren’s use of her powers, hoping it will help her as she wrestles with nightmares about the Inner Circle and her ancestors.

The show can also be streamed on FOX app, where viewers need to enter their cable tv subscription details to log in. Furthermore, there are several online platforms such as Roku, Sling, DirecTV Now where viewers can watch The Gifted by watching FOX channel at the mentioned time.

The Gifted may be close to ending, but we don’t know if it’ll continue or not. At this point, any news about renewal is up in the air, so we can’t say if it’ll be back, or if this is it for the series.