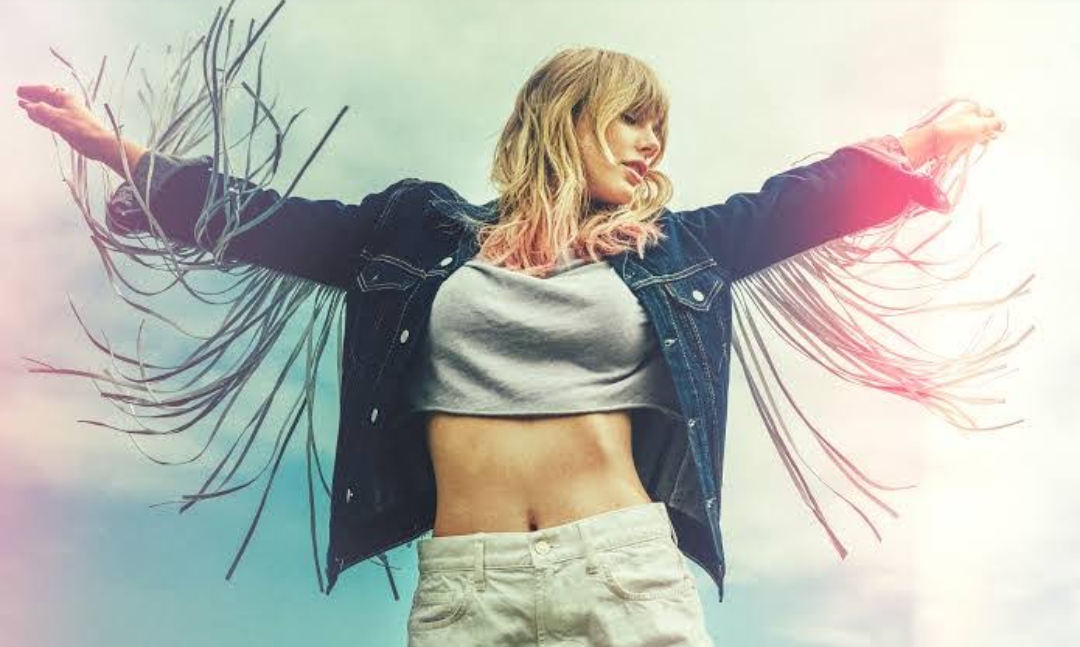 In recent times, if someone still asks who Taylor Swift is, the person might have landed straight from another planet or have been asleep for more than 500 years. She writes she sings, plays the guitar, performs, and dances— she is everything a pop star should be. Over the course of fifteen years, she has delivered nine albums, trying her hands in different music genres. She debuted as a bubbly country singer with unique songwriting skills, but her smooth and enchanting transition into a cheeky pop mainstream artist left everyone in awe. Let us explore her transitions from each of her albums to the next, ranking in order from worst to the best ones.

This album reminds us that Taylor has been here in this industry for fifteen years now. Feeling old? Penned down during her high school’s freshmen year, she debuted with a solid country album, with some songs spiced a little with pop and rock— a teaser with bucket-loads of promise. The song, ‘Teardrops on My Guitar’ is largely considered a track that gave her a big break in the industry and good support to her self-titled album. 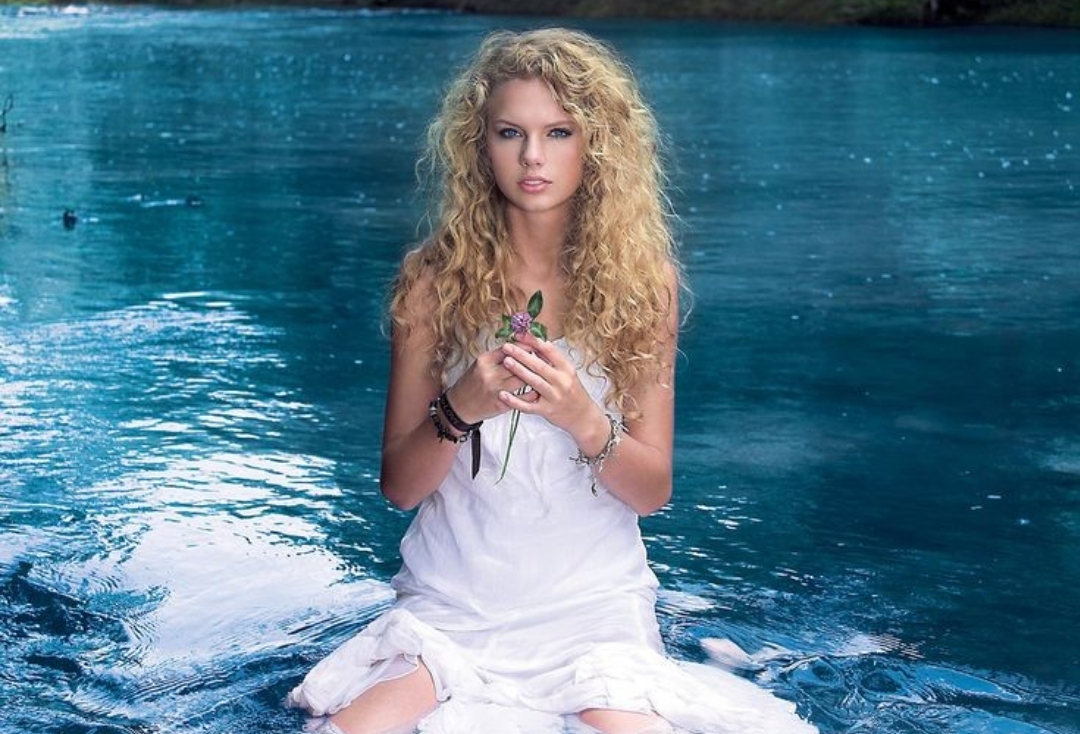 ‘Picture To Burn,’ ‘Our Song,’ and ‘Tim McGraw’ are some of the other tracks that cannot be considered shippable. Although this is not one of the best albums by Taylor Swift, it is actually because she improved drastically in the later years.

The sixth album of Taylor Swift, ‘Reputation’ was a comeback for her in which she ditched her usual image of the “girl-next-door” for something bolder and glamorous. The fact that Swift created such a brilliant album by embracing the load of garbage thrown at her by the media, as well as by the public, is something none of us can prevent from standing out. When everyone was screaming that the Reputation stadium tour will definitely be a flop one, Taylor shut their mouths by having the highest-grossing tour in the US’s history. 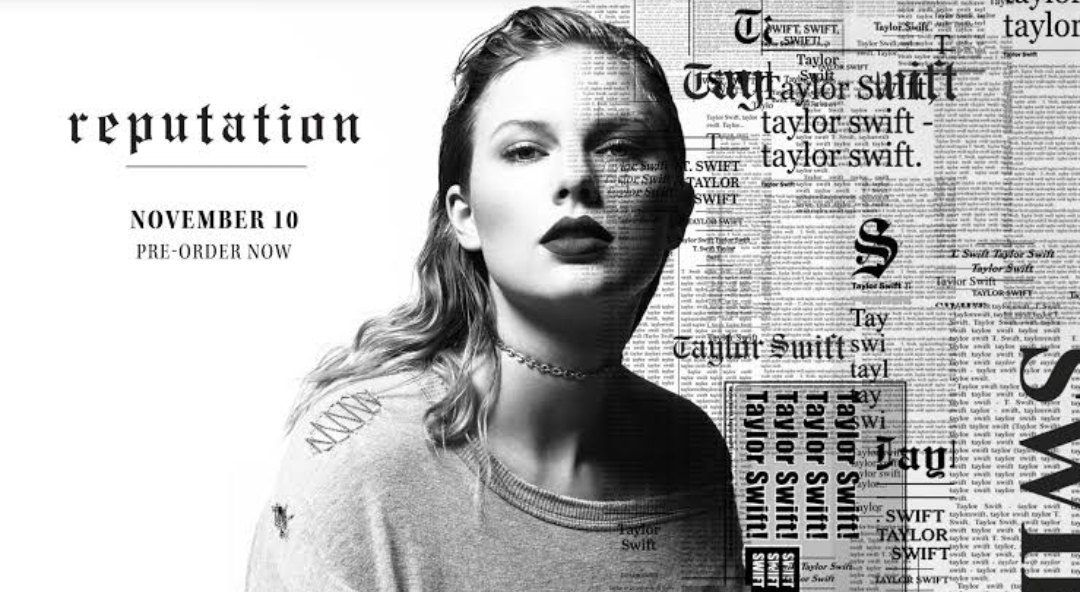 Okay, so this album can never get old, owing to the nostalgic and unforgettable tracks like ‘You Belong with Me,’ ‘Love Story,’ and ‘Fifteen’ in which she has worn her heart-on-sleeves, as evident in her lyrics. Even though it is Taylor’s second album, ‘Fearless’ can be considered as one of the finest ones in Swift’s discography, for which she even won the Grammy for the Album of the Year and is still the album with the most number of awards in the history of country music. Although it is a county album just like her debut one, this time, she has brought a pop edge to the tracks, a genre that defined her in the later years. 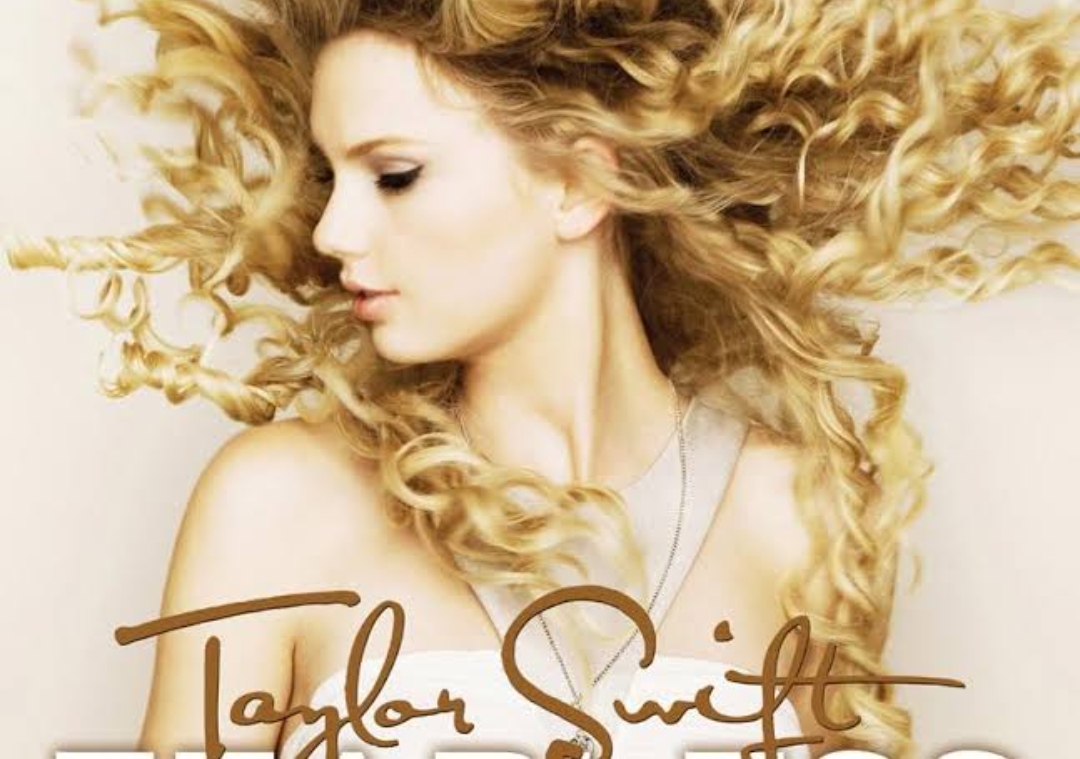 Although most of the songs on the album are very sentimental and more like a fairy tale with a happy ending, we cannot blame her for that, since she was just a teen when she wrote them and still managed to deliver something worth earning a Grammy. Can we all talk about how Taylor turned herself from just a mere singer and songwriter to a storyteller? Swift has even re-recorded her sophomore album, which she now owns, reclaiming her youth and power.

Taylor’s third studio album, ‘Speak Now’ with zero co-writers, is, for sure, a savage reply to all the people who had previously questioned if she actually penned down her songs. The tunes give away a feeling of being on a long drive, on a windy day, wearing a cowboy hat. In terms of the lyrics, it is definitely more mature compared to her previous two albums. Inspired mostly by her personal experiences, the album explores the themes of love confessions, heartbreak, and forgiveness. 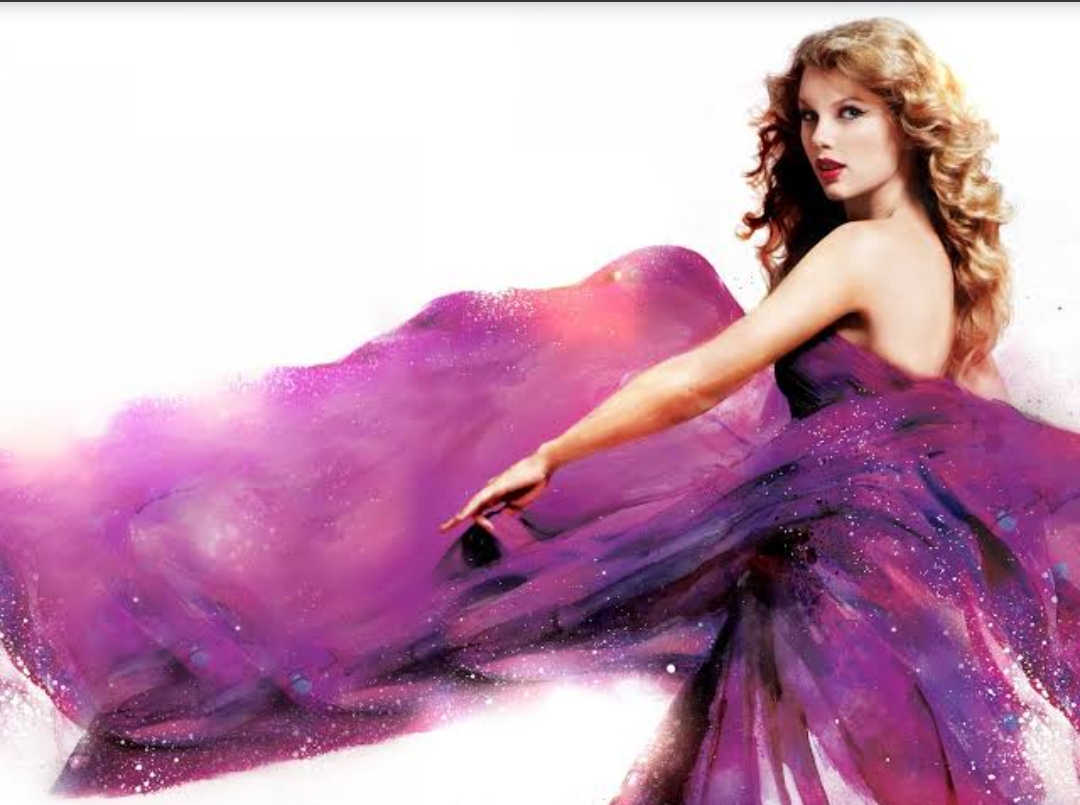 The fifth track of her album, ‘Dear John’, is a song about her former love, John Mayer, is itself a sad binge-able track. Some of the tops pick from ‘Speak Now’ are— ‘Enchanted,’ ‘Haunted,’ ‘Back To December,’ ‘Better Than Revenge,’ and of course, the Grammy winner, ‘Mean,’ which is also one of her most underrated songs.

The follow-up of ‘Reputation,’ ‘Lover‘ is the seventh overall album produced by Swift, which is more like ‘Reputation’ and ‘1989’ combined in one. The album consists of the vengeance of its predecessor and the sleek styling of ‘1989,’ eventually delivering an album full of catchy melodies and verses with different emotions of love. The album has been praised for its confident lyrics and has served as proof of Taylor’s amazing bridge writing skills (as evident in the tenth track of the album, ‘Death by Thousand Cuts’). 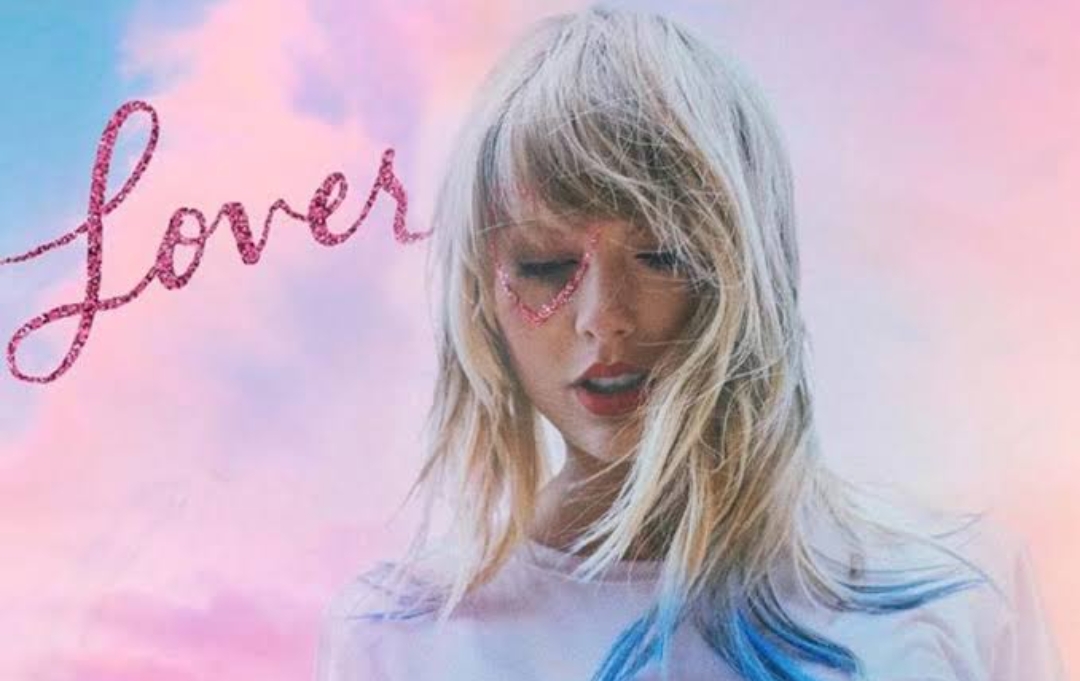 Be it the musical theatre-style single featuring Brendon Urie titled, ‘Me!,’ the stomping track celebrating pride, ‘You Need to Calm Down’ or the warm title track ‘Lover,’ the album is full of positivity, free-spirit, as well as grace. It consists of tracks that will make you skip around your house, give moments of pure bliss, and make you cry alone in the middle of the night.

‘Red’ is that album of Taylor where the transition from country crossover music to catchy, mainstream pop began. The artist’s first Billboard 100 number one ever, ‘We Are Never Ever Getting Back Together,’ is owned by this album. Although the lyrics are about heartbreak and falling out of love, the tracks are more like sad songs with happy vibes, some of which are so good that people can’t stop vibing with them once the songs start playing. 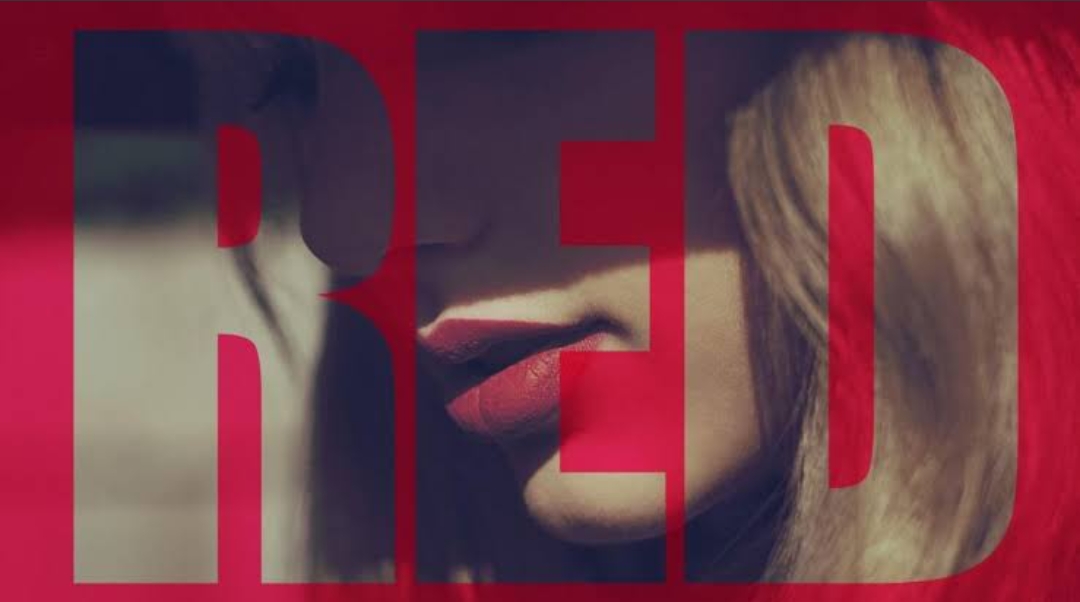 With ‘I Knew You Were Trouble,’ we could see Taylor’s signature sound combined with the trendy dance production. ’22’ is a stone-cold smasher to be played on a road trip, and let’s be honest, if you are a swiftie, then either you have sung or waiting to sing this song desperately on your birthday. ‘The Last Time’ has a sophisticated and mature edge, while ‘All Too Well’ is among the finest tracks on the album. In the title track of the album, Taylor has ruminated about the feeling of being in a toxic relationship and losing her lover eventually, and how she has been missing her partner after the fallout has been showcased in ‘Comeback, Be Here.’

The most recent album by Taylor, ‘Evermore’ is more like a sister to its predecessor, ‘Folklore,’ or a continuation of it, since both of them resemble a lot with each other. Who would have predicted that Taylor would be dropping two albums in a gap of five months in the same year, during the time of pandemic? Although both ‘Folklore’ and ‘Evermore’ are very similar to each other, the latter is lighter and more like living in a world of imagination. In contrast, the previous one seemed to be grounded more in reality. 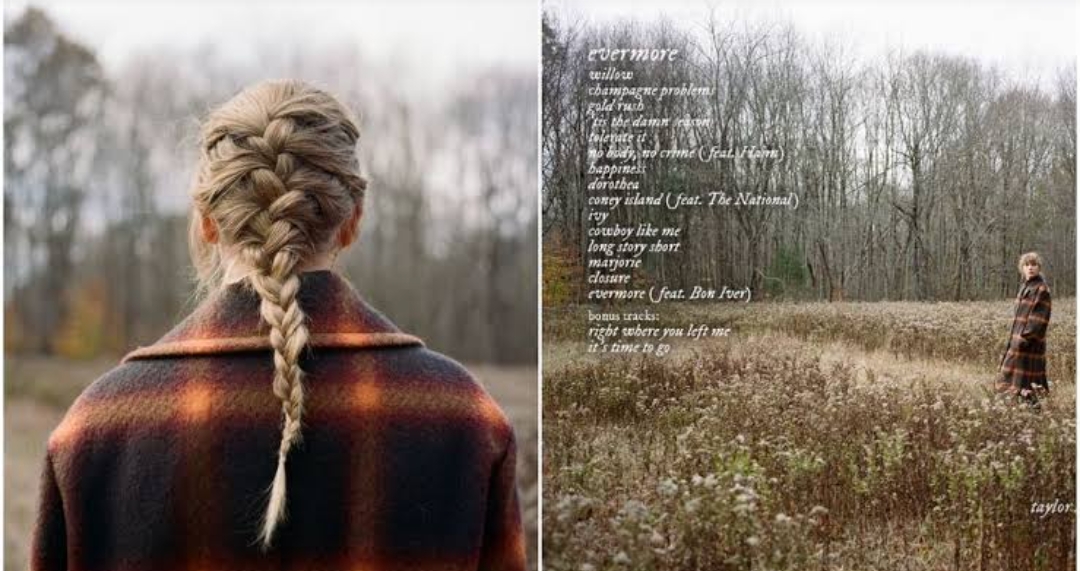 The witchcraft jam, ‘Willow’ is an incredible single on the album, while ‘Marjorie’ is a tribute to her late grandmother. The shooting and calming tunes of the title track are enough to give you a heavenly feeling of peace. ‘Gold Rush,’ ‘No Body, No Crime’ and ‘Tolerate It’ are among the best tracks on the album.

The eighth album by Taylor Swift, ‘Folklore’ is characterized by an outstanding collection of modern folk songs. She has dived deep into a new wistful indie-folk genre, teaming up with Aaron Dessner and Jack Antonoff. The album was almost a surprise for the fans since it was announced a day before its release, during the pandemic. All of the haters who had criticized her songs for their weak writing in her previous album (Lover) probably had to go through a dictionary while listening to the tracks on this one. 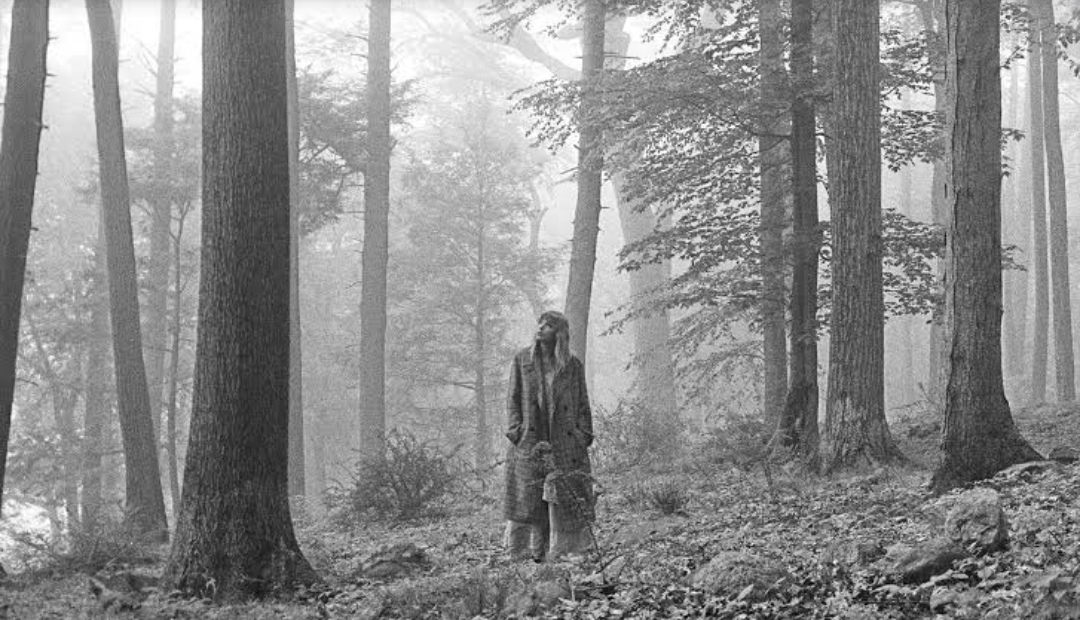 Singles like the melancholic duet ‘Exile’ featuring Bon Iver is a slow-burning track that ultimately concludes with euphoric strings and layered vocals. The album has been inspired by the artist’s own life and explores others’ as well, as evident in ‘The Last Great American Dynasty.’ Numbers like ‘Cardigan,’ ‘Betty,’ and ‘August’ outline the knotty romance from the perspective of three different people in a love triangle. ‘Folklore’ is definitely a powerhouse album infused with the essential dark theme along with the sweet humming.

I think most of you will agree with the fact that ‘1989’ tops our list! It can be considered a masterpiece and has remained the pop album with the most number of awards. Ditching her country roots, Taylor adopted the full-blown pop stuffed with the 1980s influence. Her writing skills also experienced a step-up, with the sharp and pitchy lyrics, detailed with fitting melodies, which surely helped make this album a dominating one in her entire career. 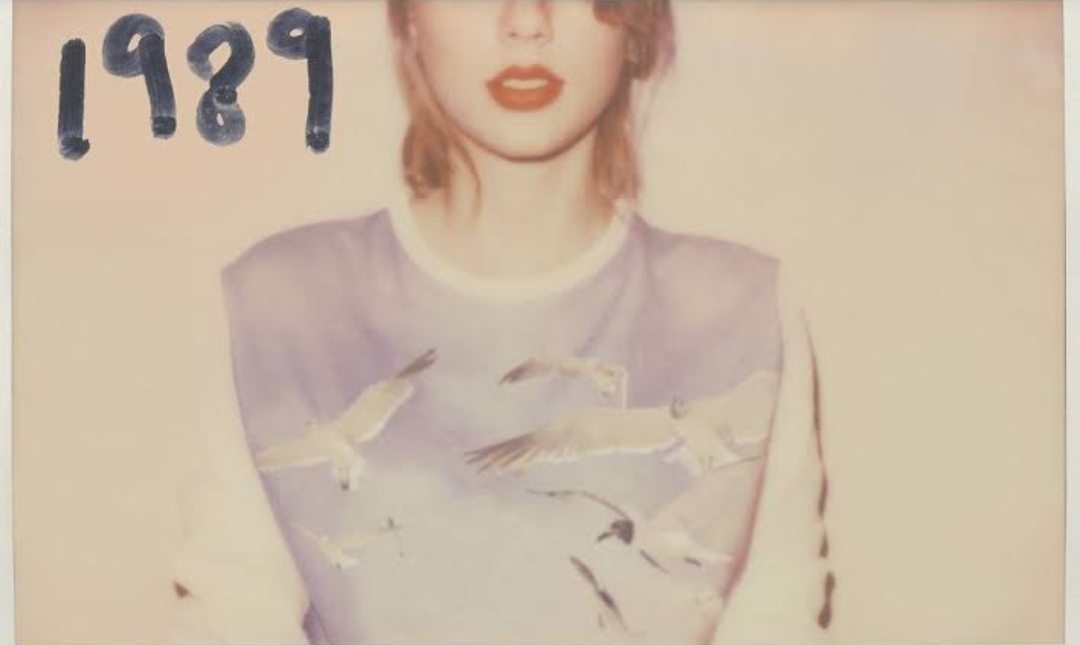 The tracks on the album range from being a fluffy dance-pop in ‘Shake It Off’ to shining indietronica in ‘Out of the Woods’ and ‘Clean.’ How can we forget the cultivated electronic-tinged numbers with ‘Blank Space’ (which was a humourous slap to those who were judging her for her love life) and ‘Style,’ which is stated to be about her ex, ‘Harry Styles.’ Not to mention that the album was even awarded the Grammy for the Year’s album’ and despite being released years ago, it still stays up on the charts.