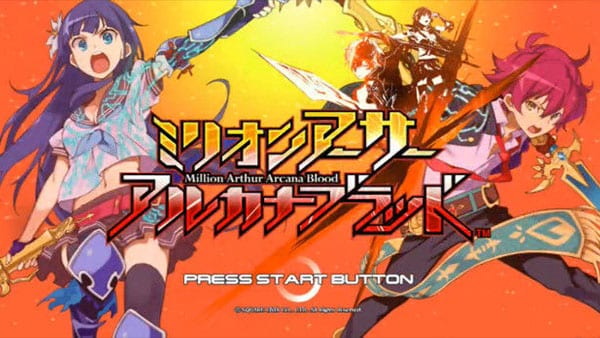 It was revealed by Square Enix via a live stream program that the game Million Arthur: Arcana Blood which is an arcade fighting game, is going to be available to play on PC through the stream. Theof the game although was not confirmed, but it is understood that the game will be launched for PC this summer only.

The game was launched for the first time in 2017 November and precisely one year later PlayStation 4. During this program via video stream, it was revealed that all the 44 characters that were present in the previous version would all be available to play this time around as well. For the first time, King Arthur card game for mobile was released in 2012, and from then the popularity of the game has been on the rise since.

This game was titled “Kaku San Sei Million Arthur.” There has also been a live-action television series based on this game as well. Apart from that, it has also inspired manga as well. Then the next game was released in 2014 and the latest one on 2017. The anime about the game started in 2015. Awesome battles uncover with a packed roster of 44 characters. One can choose from 1 of 13 playable characters, and up to 3 of the 31 available supports and head into action.

We’ll see pretty familiar protagonists such as Arthur – Blade Protector and Thief Arthur in this game. I hope that the animations of the game are way better then we saw last year for the PlayStation 4 version. I’m eagerly awaiting to play this game on PC. So, let us see how good the game on PC looks soon.