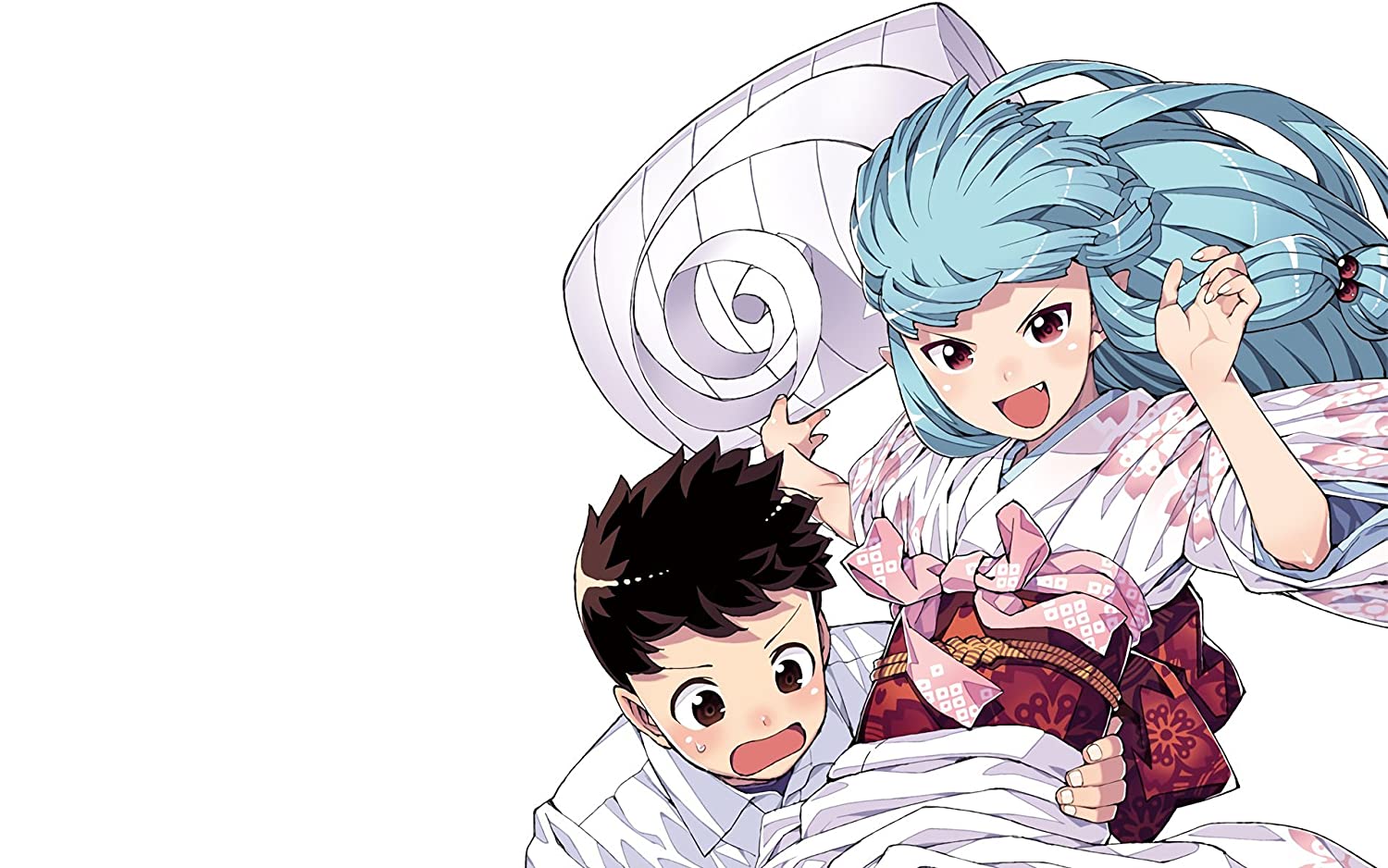 The good ecchi anime with some slight adult content Tsugumomo is getting its second season on Sunday of April 5th, 2020, titled “Tsugu Tsugumomo.” The series is from a Japanese manga series titled Tsugumomo, which both illustrated and written by Yoshikazu in 2007. Anime Tsugumomo has a good ecchi and fan services with some adult content is back with its 2nd season. But other than the ecchi and fan services stuff, this series is also well balanced with a good plot and fighting scenes. The first season of this anime was released on April 3rd in 2017 and was aired on Animax, BS11, and Tokyo MX.

Where Crunchyroll licensed this series and streamed in on Latin America, New Zealand, South Africa, Middle East, Europe, and North America Funimation dubbed it on English, releasing it on North America.

The stories a normal boy name Kazuya Kagami, who fell from his High School rooftop and just when he thought he is done for. He was saved by a mysterious Blue-haired young girl attired in a flower-patterned Kimono who slightly looks like a ghost-like entity. Even though the mysterious young girl remembers him, the protagonist, Kazuya, has no idea who she was.

Later she told him that She is the Hand-Oven Pure Silk Original Design “Sakura Pattern” Pocketed Obi, Tsukumogami called “Kiriha” who came from an Obi which Kazyua always keep around with him like her mother’s memento. Kazuya then becomes Kiriha’s servant and advanced into an exorcist and harem adventure.

Seiyuu: Yuko Sanpei (in Japanese) and Howard Wang ( in English). Kazuya the leading Male Character. Kazuya appears as a young male boy with short brown hair and eyes and light skin. He is also called a Taboo Child. He usually wears his school uniform. He is the son of Kanaka and Kazuaki and a younger brother of Kasumi. He works as an exorcist in Kamioka under Kiriha, the tsukumogami of his mother’s kimono obi. He was referred by Yakkun by his sister.

He is a seemingly average teenager without noticeable traits to make him stand out. He is a pretty normal individual. He is also Kindhearted and friendly with people. He is also quite brave.

Seiyuu: Naomi Ozora (in Japanese) and Sarah Wiedenheft (in English). The leading female character in Tsugumomo. The form of handwoven, pure silk with cherry blossom (sakura) pattern, is a Tsugumomo who appears from Kazuya’s mother’s memento. Her true name is Ayasakura. Kiriha is known by the name of Kiriha Obina when she enrolled in the Kamioka East Middle School.

She has a scent of Sakura same goes for her obi. Kiriha appears as a young girl with light blue hair and light skin. She has pointed ears and red eyes. Her attire is a flower pattern kimono with an obi and tabi with sandals as well. The pairs of red orbs are used to tie her hairs on sides, but sometimes she ties them back like a pony-tail. She wears casual clothing or and under-kimono, there are times when she always found with shirt and panties or shorts.

Seiyuu: Noriko Shibasaki (in Japanese) and Megan Shipman (in English). Chisato is Kazuya’s childhood friend, who also harbors a crush on him. She is also the Class Representative of Class 2-2, Kamioka East Middle School. She has a plain appearance with braided black hair and thick eyebrows. She looks like a nerdy type, but when she removes her glasses and unties her hair, she is a real beauty.

When she is encountered with pervy cliques, she always answers with violence other than that she is a caring and studious character. Chisato might treat Kazyua harshly and violent, but deep inside, she cares for him. Chisato and Kazuya are childhood friends and used to play together and often teased by other kids for that; as a result, Kazuya stopped playing with her. Even after all that, they still hold their doll with them.

Seiyuu: Yurika Kubo (in Japanese); Apphia Yu (in English). Kukur also is known as Kukurihime; no Kami is the god of the land that protects Kazyua’s city. She is more powerful than Kirihia in her adult form and specialized in water spells. She has green hair and blue eyes and wears an orange Haori, kimono jacket, and a pair of black hakama.

She leaves with Kazuya and her sister with a loli form among with Kiriha and helps with the household chores. She is has become so weak that she was often bullied by Kiriha.

Seiyuu: Kotono Mitsubushi (in Japanese) and Brittney Karbowski (in English). Mother of Kazyua and the previous owner of obi Tsukumogami Kiriha. She is an extraordinary Exorcist with immense power, but because of a certain incident, she was possessed by an Amasogi becoming and aberration in the process.

She has long, curly hair with light skin. She is extremely popular in high school because of her beauty, though not popular as Kiriha. She has a scar above the breast, which she got when she became possessed, and Kiriha had to defeat her.

Seiyuu: Yuko Ono (in Japanese) Azami is a black Obi Tsugumomo which was created by Kazuya Kagami. She is divided into halves, and both act as different entities even though they are the same Tsugumomo. In a certain incident, they both got separated where one lives inside Kamioka, and others were kept out in an unreachable barrier created by Kukuri.

Both Azami has almost the same appearance in their Human form. They look very young with long straight hair and have a menacing face. They have a dark, intimidating aura, which increases their intimidating appearance. The one that lives inside Kamioka wears a standard school uniform where the other one who is outside wears a black kimono with an obi.