As the current number one Hero, Endeavor had defeated the Nomu’s that he was fighting. So he immediately went to where Shigaraki was only to find that the other Heroes have gathered as well. Shigaraki seems to be unconscious so far, but what will happen now that the Heroes had assembled before him and wanted to finish him while he still sleeps? The weekly schedule for My Hero Academia will have My Hero Academia Chapter 269, released next. So, in this post, we are going to talk about My Hero Academia Chapter 269 spoilers, and time. Shonen Jump is going on a one week break, so all of its Manga’s will be skipping the next release and will come back a week after. Note that this post will contain spoilers, so if you don’t like them, you can skip the spoilers section below. 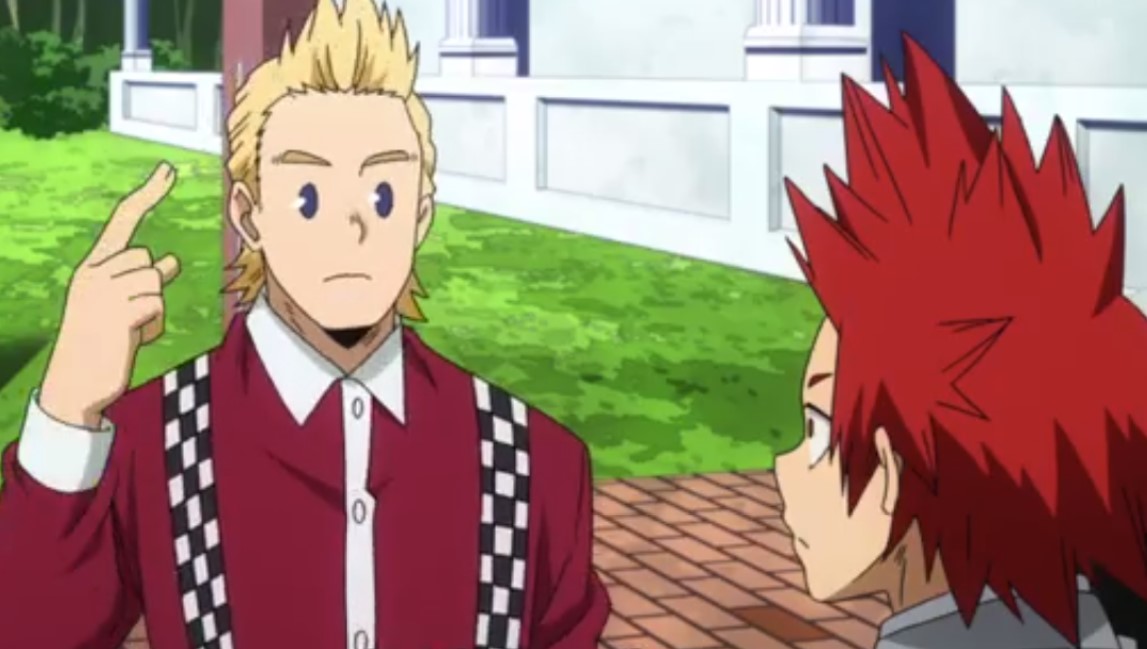 The spoilers for My Hero Academia Chapter 269 are not yet released as of now. We will bring you updates as soon as we get them as they are usually published 2-3 days before new chapters. So, make sure to visit our site for the latest updates regularly.

More heroes have gathered before an unconscious Shigaraki, and they now have him heavily outnumbered. But this is just according to his plans as he figured that he would need his full powers for the showdown. And given Dr. Garaki’s expertise in his field, Shigaraki is coming back very powerful compared to before. We all know that this is not Shigaraki’s end, as he has not even made that much impact in this war.

So in the upcoming chapters, it is likely that Shigaraki will wake up just when the Heroes think that they have defeated him before his power-up is complete. This is when he will show them his overwhelming power-up abilities. Well, since Endeavor is already at the scene then, he will likely be the one battling him as more numbers will only mean distractions and more casualties. So Endeavor is probably going to be backed up by Mirko and one of the Pro Heroes that Endeavor will take and will likely have the others retreat or focus on other things that will be crucial for the Heroes victory.

When Is My Hero Academia Chapter 269, update?

My Hero Academia Chapter 269 will be released on Shonen Jump on 26 April 2020. This Manga runs on a weekly schedule meaning that new chapters are released once every week. The Manga will be on a break and will return on 26 April:

Make sure to visit our site regularly as we will bring you more updates as soon as a new chapter is released.

Where To Read My Hero Academia Chapter 269 Online?

The latest My Hero Academia Chapters are available online as soon as they are released on VIZ Media and Shueisha’s Manga plus official platforms.

My Hero Academia, Ch. 268: More horrors revealed as the heroes penetrate deeper into the mad scientist’s lair! Read it FREE from the official source! https://t.co/uYidtHemKp pic.twitter.com/c6nwMNmBI3

It is finally time for Endeavor to step up as the number one hero and show his worth and abilities that makes him who he is. Kyudai Garaki has come up with a plan to keep Endeavor and Mirko busy by sending intelligent Nomu’s to stop them while he focuses on his plans. Their fight against the Nomu’s wasn’t an easy one as they proved to be powerful as well. Mirko went to the chamber where Shigaraki was hiding in, and as soon as she enters, she figured out that something was off.

Based on the way she said it, her body immediately reacted. Her rabbit instincts were telling her not to let it happen and that whatever she was feeling can not be allowed to exit the vat, and she had to guard it at all costs. This was referring to Shigaraki, who was inside a vat as he was going under some medical examinations. So Shigaraki was still unconscious and could wake up at any moment.

To prevent him from waking up, Mirko immediately attacked the vat, and Dr. Garaki’s reaction suggested that Shigaraki was in a critical phase of his power-up processes, and attacking the vat gives Mirko a better chance at defeating Shigaraki before he can wake up.

Back in the Nomu’s battle, Endeavor and his team managed to defeat the Nomu’s they were facing. They then catch up with Mirko and found her in the middle of destroying Shigaraki’s bat. Just when the vat seems to be reaching its breaking point, the other heroes arrived at the scene, and Mirko gave them the situation update.