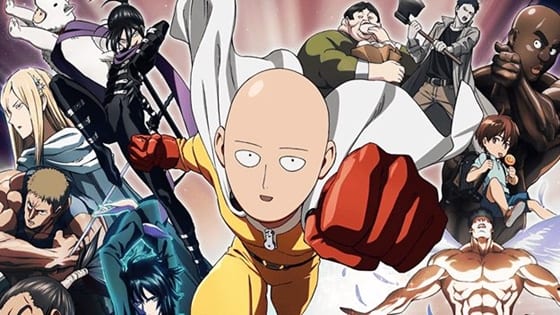 In this post, we are going to talk about One Punch Man season 2 episode 4 update, where to watch, and spoilers. We all know that the show is very popular, and it deserves to be it. It has one of the best storylines when it comes to anime, and those powerful characters are like a cherry on the cake. Now that the second season has started, we are supposed to see the fourth episode soon. Before that, let’s take a short review of the third episode.

In the third episode, we saw Garou doing his typical bad stuff as he hunts heroes and that makes him feel good. He felt like nobody could beat us, although he was even more excited when he had a chance to fight S Class hero Tank-top Master. It looked like Garou lost it, but Mumen came in to stop Master from finishing him off. However, that costed their lives as Garou got back and killed them. Now, let’s talk more about the upcoming episode ahead!

If you are outside of Japan, you can still watch the show. If you are in the US, you can watch the show on Hulu, which is a popular streaming service. Outside of the US, Crunchyroll is the best option to see the show online. The following paragraph will have spoilers from the next episode!

The fourth episode will feature S Class Rank 15 Bad, who is also known as Metal Bat, will have to protect Narinki, a high-ranking officer and one of the main sponsors of the Hero Association, and his kid, Waganma, at the Mouse Sushi restaurant in the S City. Metal Bat would be frustrated to do this insulting job, but suddenly Waganma would be abducted by two monsters. Narinki would plead to save his son, and Metal Bat would be ready to fight the bad guys. On the other side, we will see Saitama will enter the Super Fight tournament to understand better what is martial arts.