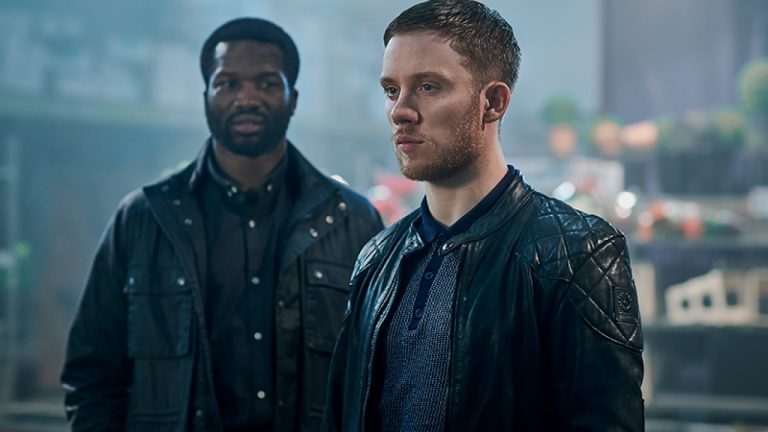 Sky UK’s Zai Bennett revealed that Gangs of London was their biggest original series launch in the last five years, it performed extremely well. Pulse Films’ Thomas Benski revealed, that the response has been ‘phenomenal,’ and they are thrilled to continue the journey forward.

What is the Plot of Gangs of London Season 2?

The show is set in the heart of London, and the story of the series focuses on how the struggle in powers between the top international gangs is slowly tearing the city apart on all aspects. The most powerful criminal, Finn Wallace has stayed on top for 20 years and because of him, his family went on to become the most powerful criminal, however, their world turns upside down when Finn gets assassinated which creates a huge power vacuum, and it’s all up to Sean Wallace to take place of his father Finn. His understanding of power is different and because of his ideologies, things get even worse, and amidst all this, a newcomer, Elliot Finch, being an undercover cop, is working under the Wallace family to form a case against them.

The official story of the second season is yet to be revealed, however, it is expected to continue after the final events of season 1. In the finale, the police confirmed of Sean’s death, however, his body was never found, so fans are optimistic that he survived, and he will come up with a new scheme to even all the odds in season 2. Season 2 will also address the current status of Ellion and his motives, Dumanis’ loyalty towards their new allies, and the identity of the mysterious investors creating all the trouble from the shadows. Also, according to Xavier Gens, season 2 will have a new antagonist.

Who is in the Cast of Gangs of London Season 2?

The cast of Gangs of London Season 2 might include:

When is ‘Gangs of London Season 2’ Release Date?

Gangs of London Season 2 will be released sometime in 2022. The exact release date is yet to be revealed, however, we’ll share the details once the official word drops.