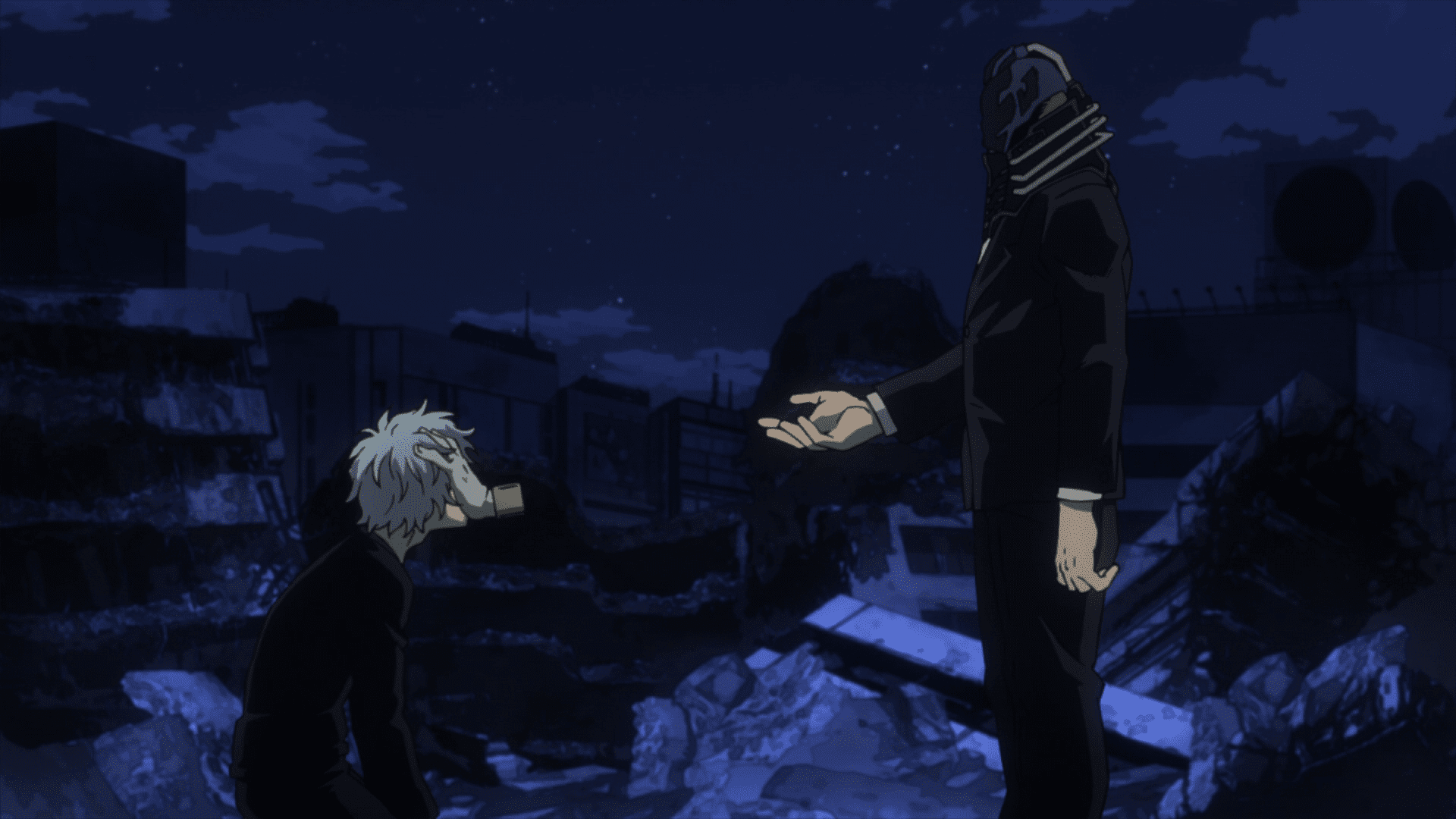 My Hero Academia Chapter 235 is almost upon us now, and we’re celebrating the fifth anniversary of the manga this year, which means that there will be a color spread in this week’s chapter. Kohei Horikoshi has done so well with his manga so far, and I can’t wait to see more the same from him. With that being said, this week’s chapter looks very interesting and the spoilers for it are out already! I hope that you enjoy reading them, so let’s get started!

In this week’s chapter, we’re going to see Shigaraki recovering his mutilated hand, then he tries to attack Redestro again. Shigaraki will also remember his childhood, but it seems he didn’t have a pleasant one, since his father abused him and, while he was hugging his dog, he manages to wake up his quirk, he does it unconsciously.

Shigaraki’s sister will also be in the chapter and she is going to show him a picture of the grandmother. It can also be seen that Shigaraki was a weeping child. We will also be covering the origin of Tenko Shimura in the week’s chapter. There was a rule in Tenko’s home that you weren’t allowed to talk about heroes. Tenko was playing pretend like he was a hero and his father made him go outside.

One day, Hana showed Tenko a photo and told him she supported him, let’s be a sibling hero duo! she said, but then their father found out they were in the study. Hana goes behind their father and cries saying that Tenko wanted to see the picture, and everyone just watches as Tenko is beaten by his father.