Netflix renews Warrior Nun for a second run which is expected to arrive sometime in 2021. 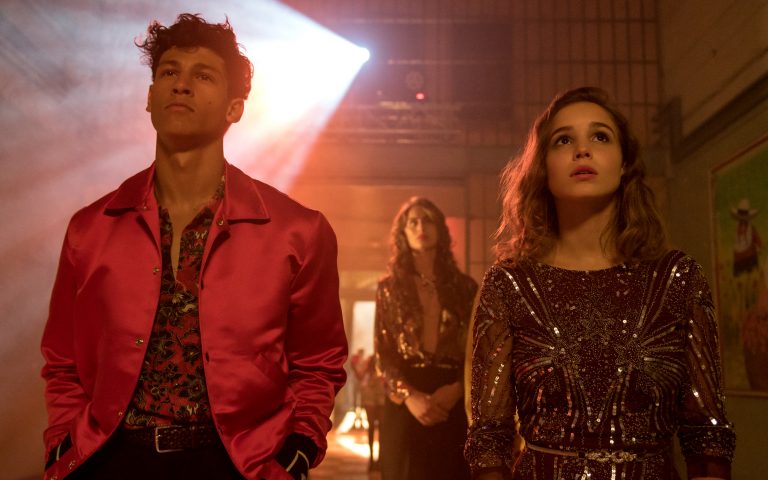 Warrior Nun having finished its first season on Netflix has been waiting for the official confirmation on its future, and it looks that Netflix has just made all of the fans’ wishes come true, as it has officially renewed the show for a second season, and fans cant wait to see what the next chapter has in store for them. Created by Simon Barry, the show made its much-awaited debut on 2nd July 2020 on Netflix, and it released all of the 10 episodes in the same day itself thereby giving the fans enough content to binge-watch on.

The show received mixed reviews from the audiences and the critics, and according to a report from Rotten Tomatoes, the show got an approval rating of 70% while on Metacritic, Warrior Nun scored 62, so there were few confusions regarding the fate of the show, however, all those clouds of uncertainty has been put away by Netflix when they announced Season 2 via Twitter.

Warrior Nun has been renewed for a second season — watch the cast find out pic.twitter.com/FOFY4N4RhT

The official tweet read ‘Warrior Nun has been renewed for a second season,’ and long with the announcement, they shared a video where Barry interviews the cast members about their experience, and while doing so, announces their return with season 2.

The story of Warrior Nun revolves around a 19-year-old woman named Ava whose life completely changes after waking up in a morgue, however, she notices a mysterious angel’s halo on her back. She finds a new lease on her life along with a divine artifact attached to her body in the back. She soon realizes that she has now become a part of a secret ancient order whose primary job is to fight off demons from Earth.

Although we don’t have any clues regarding the story of season 2, we expect it to follow after the final events of season 1 and season 2 is expected to bring more challenges to Ava’s path, and it will be interesting to see ho she tackles all the thorns to fulfill her duty.

The first season consisted of 10 episodes, and we expect season 2 to follow the same pattern as well.

Warrior Nun Season 2 is expected to release sometime in the second half of 2021. We will keep you posted with all the latest updates on season 2 so stay tuned for more information.