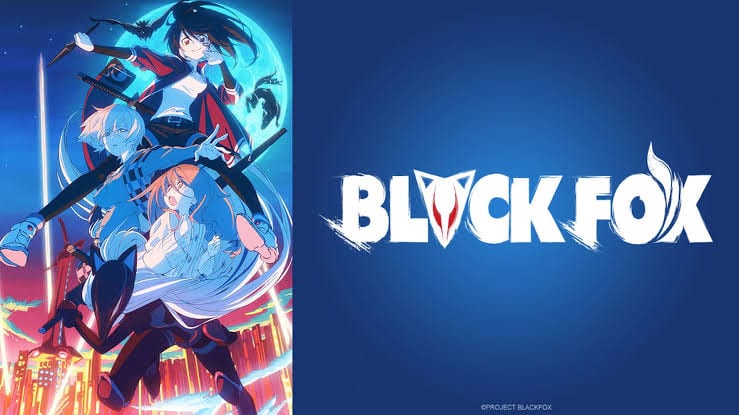 The fall season is almost here, fans cannot wait to see what the fall 2019 anime season has in store for them. The most important question that audiences have is about BLACKFOX, when does it come out in the theatres.

BLACKFOX is an anime film that is co-produced by Crunchyroll. Recently the trailer reveal was made and it looks epic. The official description of the anime states that Rikka (lead of the arc) lives in a ninja residence that’s tucked away in a corner of a futuristic city. She is the eldest daughter of a Ninja clan, who wants to climb into her father’s shoes, as a researcher. As she’s going on with her life, her home is suddenly under attack and she is cornered. What should she do to overcome this crisis and will she be able to?

The Crunchyroll Expo us happened over Labor Day Weekend i.e. August 30-September 1. With that being said, it was here that BLACKFOX premiered for the first time. Not only this, Crunchyroll in fall season is offering many other anime shows in the fall, they include the kooky cat banana anime – Bananya and the Curious sequel seasons of two popular Aniplex favorites We Never Learn: BOKUBEN and Granblue Fantasy: The Animation.

As for BLACKFOX’s theatrical release, it will launch in Japanese cinemas on October 5th at 9 AM PST. BLACKFOX is co-produced by studio 3Hz. BLACKFOX is directed by Keisuke Shinohara and written by Naoki Hayashi. Kazuya Nomura has served as chief director and Atsushi Saito is providing the character designs. Infinite has producing the film.